They say the 30s are the new 20s, especially if you live in a city. I prefer to think of 30s being like your 20s but with money.

Well that’s what I used to say when I worked full time at an ad agency.

Not so true for me anymore. But it’s still true for all my friends.

But in your 30s things grow old, like going out for drinks for your birthday. I learned it has been replaced with old traditions becoming trendy again and I wasn’t surprised when my friend Teresa invited me out for afternoon tea at the Four Seasons for her birthday. I have never gone for afternoon tea but Teresa is a great friend, one that has been supported me even during my meltdown the last time I came home.

Plus I like small sandwiches so I was in. The Four Seasons was packed with groups of girlfriends and families all having afternoon tea, this was the place to be on a Saturday. 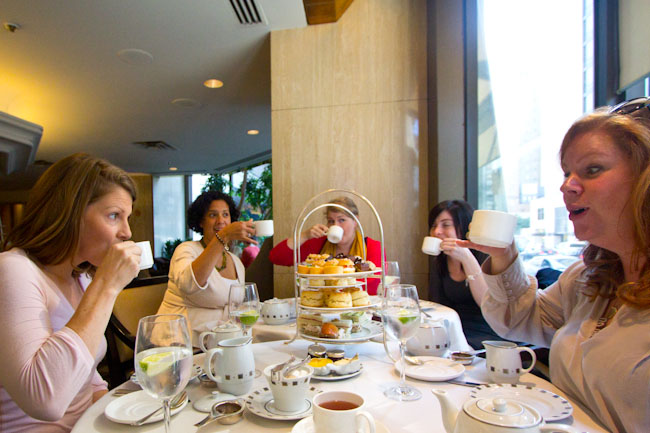 Everyone at our table a current or former agency girl so even though I didn’t know everyone we all had quite a bit in common. We laughed about guys, agencies, former boyfriends. Three hours passed quickly and my first tea was a lot of fun.

It also came with a hefty price tag. For a pot of tea, some sandwiches and desserts the bill was over $50. This would not be a weekly occurrence for me. But I was happy to pay and be part of my friend’s birthday. Thank gawd it’s only once a year.