If you’re from my generation your Dad drank the hard stuff. Today whisky isn’t just a man’s drink and there’s something very retro cool about knowing your way around a liquor cabinet – in moderation of course. But there are many opinions on how to drink whisky.

In my younger years I abused it by guzzling it with diet Coke but now that I’m (hopefully) wiser (actually only older) it’s time to share how to drink whisky like an adult or as Dave puts it, like his dad.

This fall we’ve partnered with Canadian Club and we’re thrilled to share all things whisky.

A pure expression of Canadian whisky we love the toffee toasted, creamy flavour and we’re proud to support a Canadian brand as it’s distilled and aged at a single distillery in Alberta.

It’s not just about Canadian pride, whisky is great for a special occasion or really any day could have a whisky o’clock.

The answer is yes….and no. They are all cousins but often from different countries and made with different grains.

Whisky is usually made with barley, corn and rye but technically you can make it from any grain. If you love quinoa you’re in luck because you can make whisky from it.

Whiskey is the generic term given to distilled spirits made from grain mash. Bourbon, Rye and Scotch are all types of whiskey; and are quite similar in flavour.

The difference between each depend on the types of grain used, the location in which it was distilled, the length of aging and the type of casks used in the process.

To make it easy:

Whisky is a fermented grain alcohol that has been aged in wooden barrels. Grain (usually barley/corn/rye) is mashed, strained, and before it’s aged for the first 48 hours it’s the same as beer.

It has a lighter, almost fruity flavour and is great for someone dipping their toes in the spirits pool.

Rye is a whisky made with 51% rye. It’s why it’s sometimes called rye whisky. It’s a bit spicier and has a bread-like flavour.

Bourbon is an American whisky made with at least 51% corn and aged in oak casks. Bourbon can be a bit sweeter than whisky. If it’s filtered through charcoal it’s known as Tennessee Whiskey,

Scotch can only be made in Scotland. It’s mostly barley and is aged at least three years. Also known as Scotch whisky The flavour is smokey, earthy and not for beginners as it can be a bit harsh. 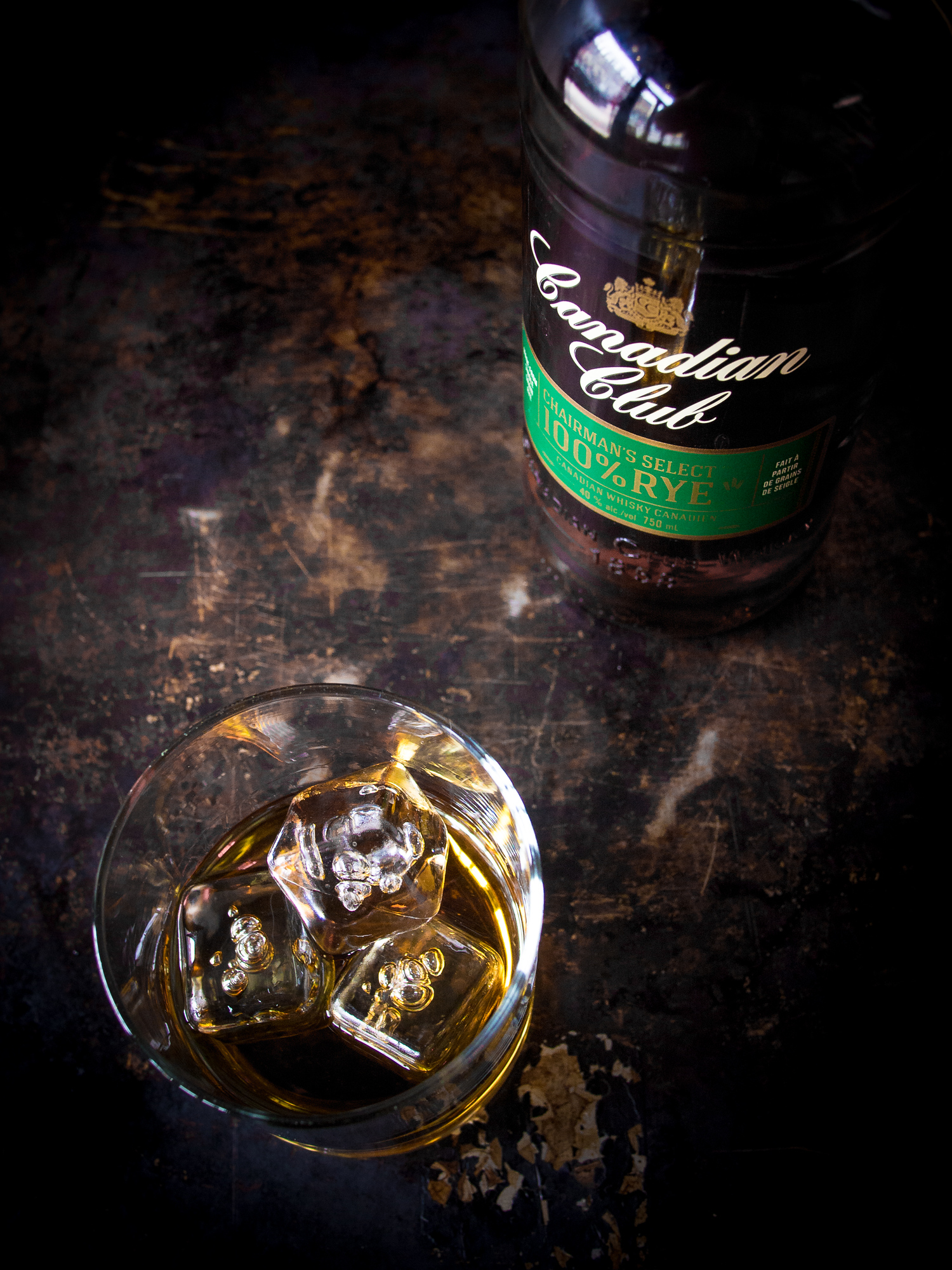 Both are correct depending on where in the world you are. The Scots and Canadian say “whisky” whereas Americans and Irish say “whiskey”.

Canada is a country of kick ass grains. We’re known around the world for amazing wheat, barley and rye but it’s not just to make bread – the world is drinking our rye.

In the mid-1800s whisky existed but you simply took a jug from home to the store and filled it with a generic product. While that is environmentally friendly I’m not so sure quality was the goal.

Hiram Walker was a grain merchant in Ontario and he created a smooth, easy to drink whisky that was very popular and so he started to brand his name on it as a sign of quality. Americans loved it too and it was sold as “Club Whisky.”

It was considered the best by many and American bourbon sales started to decline as Club Whisky became more popular. In an attempt to help bourbon brands the US government required distillers to label product with their country of origin.

Canadian Club was born and today the world knows some of the best whisky is made in Canada.

#4 Know How to Look for Quality Whisky

Whisky is popular and there are a lot of brands on the market but they aren’t all great quality, Learn how to drink whisky that is great quality.

The colour of whisky is determined by aging in a wooden cask. Traditionally older whisky is darker, if it’s slightly purple or burgundy it signals that it was aged in a pork or sherry barrel and may have a fruity flavour.

Sadly colour can be misleading as sometimes young whisky has caramel colouring added to make it look more appealing.

Smell
Flavour notes for classic whisky are caramel, toffee and vanilla. These are the results of aging in a wooden cask. But you may also find citrus or maple flavours in whisky blend.

The age of a whisky refers to how much time it spent in a barrel, not in a cellar after it was bottled. Older whisky is generally better quality and more expensive but oldest isn’t always best.

I like to think of it like wine, sometimes you want an affordable wine that you can drink on a Tuesday and others are reserved for special occasions.

But every once in a while you find a wine that is relatively inexpensive but tastes like it should be for a special occasion.

Single Malt or a Blend

One isn’t better than another, they are just different. A single malt means the grain came from one distillery and is an expression of that time and place.

But many people appreciate a distiller who can create flavours and a smooth easy drinking whisky which comes with blends.Blends can be several grains from more than one distillery.

Almost all whisky is a blend and most often a single malt refers to Scotch. 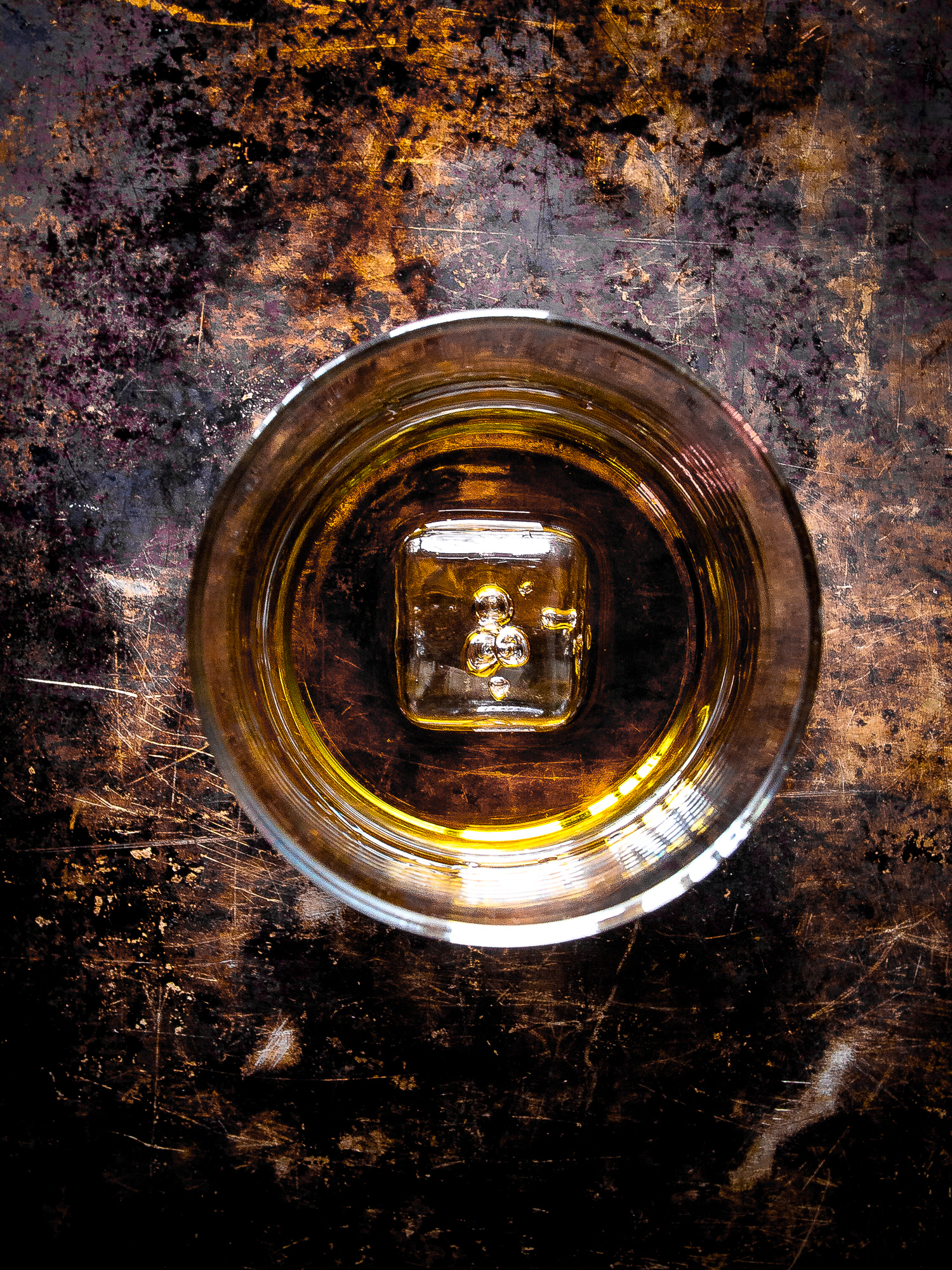 #5 Know When You Should Add Water or Ice to Whisky

I’m sure some whisky aficionados will believe there is only one way to learn how to drink whisky. But I’m more of the school of trying things several ways and choosing the best for you.

If you’re drinking a single malt you definitely want it “neat” aka no ice or water. You’ve paid for a premium product and you don’t want to dilute the flavour.

But ice and water isn’t always bad. Sure a bit of water may help you find drinking whisky easier, but MANY whisky lovers find that a bit of water mellows out the alcohol opens up the flavours in the whisky and makes the experience more enjoyable.

Your best best is to order whisky neat and try the spirit as it was intended but ask for a bit of water on the side. If the alcohol it feels a bit harsh add a teaspoon of water.

Ice dulls flavour and adds a lot of water so if you’re looking to explore whisky don’t add more than a cube of ice or use whisky chilling rocks which will chill the whisky without adding water.

Frankly there are times I really like ice with whisky so I don’t always follow this rule. 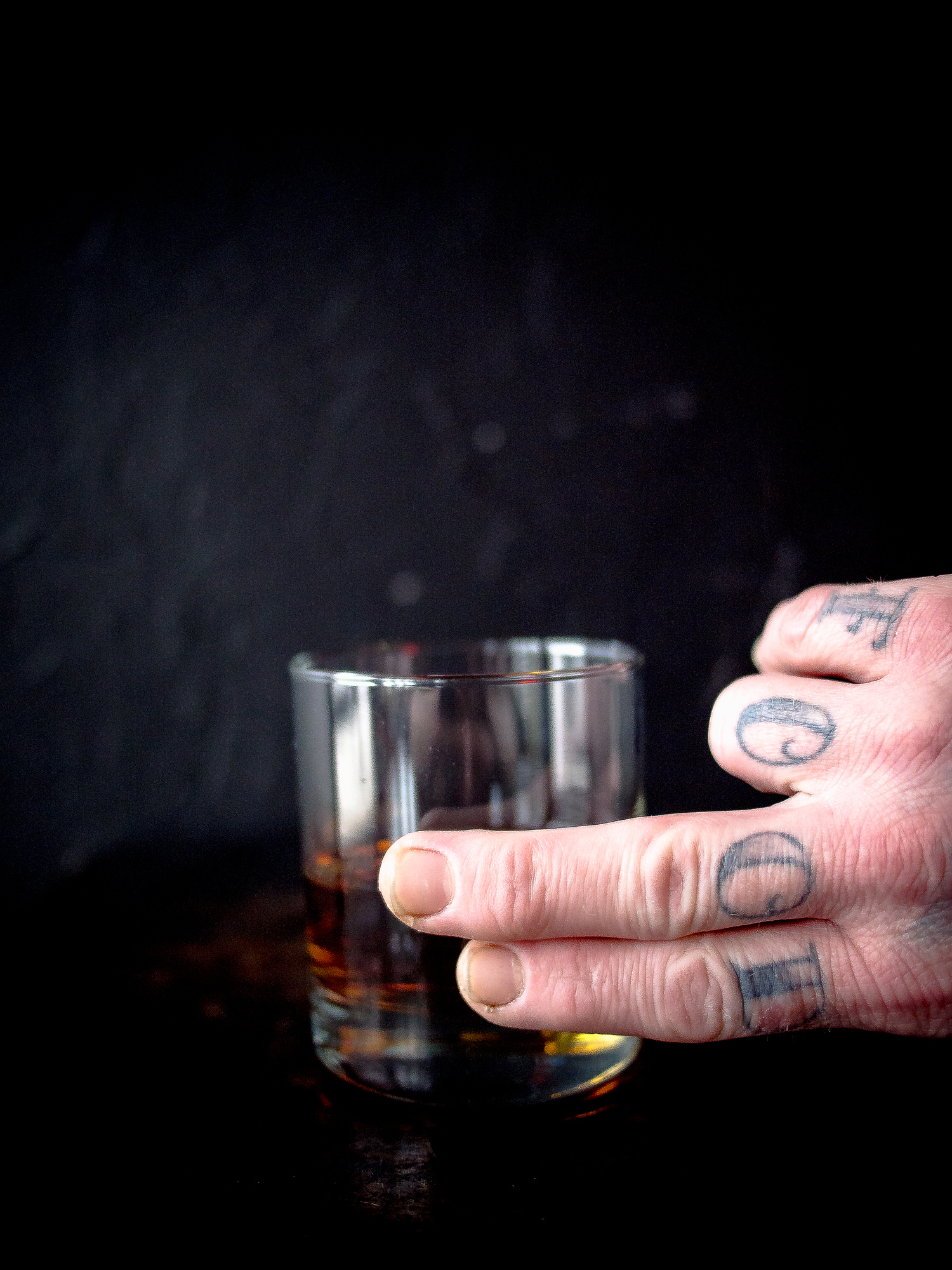 Learn How to Drink Whisky Straight

Also known as drinking whisky like a boss. This isn’t like your former days where you just shot alcohol to get it in you. This is to appreciate the flavour of whisky.

The standard is “two fingers” of whiskey into a rocks glass – is a short glass with a heavy bottom, also known as an Old Fashioned or lowball glass). This is the classic way to drink whisky.

If you attend a formal whisky tasting you’ll likely use stemmed glassware called a snifter, similar to a brandy glass it narrows at the top to intensify the aroma of the whisky.

Learn How to Pair Food with Whisky

Okay maybe your dad didn’t do this, he probably thinks whisky is good with everything. But like wine, whisky can pair beautifully with food.

Before choosing what to make think about what whisky you’ll be drinking. Is it a smoky scotch or a lighter Tennessee whisky?  Think about pairing the aroma and flavours with complementary food.

For Canadian Club Chairman’s Select 100% Rye we love red meat, but for something lighter it also is great with pickled arctic and smoked sour cream on a blini and beautiful with dessert – think sticky toffee pudding with whisky caramel – yes whisky belongs with dessert!

But most of all, when learning how to drink whisky – have fun! It’s great to learn and appreciate but no one should take themselves too seriously.

In whisky or in life.

Disclosure: This was a paid partnership with Canadian Club but they did not request that I write a post about how to drink whisky, simply to share our story of when and how we drink it.