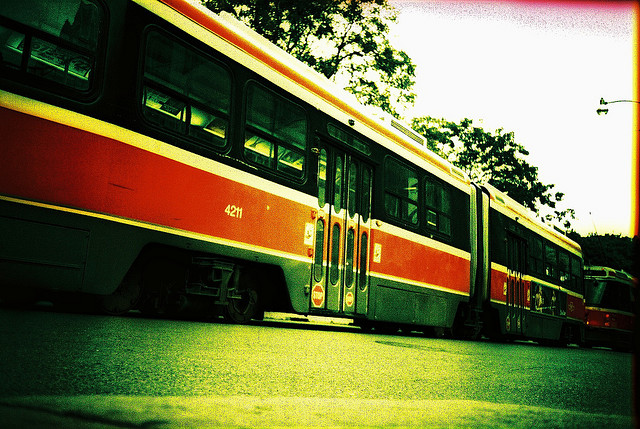 I can’t show a photo of Cory or let you know his last name but he made my night.

This morning on my way to see J for lunch I left my iPod Touch on the seat of the streetcar. I realized once I got off and tried to get back on the streetcar when it was stopped at a light but the driver wouldn’t let me on.

On the way back from brunch another streetcar driver called in to see if someone had turned it in.

I had resigned to the fact that it was gone. Was hoping I remembered to sign up for the Find my iPhone app that can locate it, send it a message and lock it if necessary.  But when I returned home there was a Facebook message from Cory, he found it and opened the Facebook app to find the owner’s profile. When I told him where I lived he offered to drop it off. Unbelievably, Cory’s in high school and went out of his way to help me out.

Earlier this week my Visa card dropped out of my back pocket and I also received a Facebook message from someone who found it.

There are some days, especially when traveling,  when you think people are out to scam you. But the truth is 99% of the world’s population is filled with honest, good people.