I was recently asked to write a post about the person who inspires me the most. It seems like it would be a tough decision.

I try to write about the people on the site who inspire me and share their stories on my monthly newsletter and Facebook page.

But if you want to know  who inspired and pushed me the most in life to where I am now it’s an easy answer.

I receive a lot of emails from people who want to know how I had the courage to make such a drastic change in my life. It comes down to this:

My earliest memory of my mother is at age 5, she is telling me that my father has died. I don’t really know what that means but then she says he is never coming back and my vision becomes a kaleidoscope of tears.

She was 29, I was five and my sister was a few months old.

Since that day I have had a sense of my own mortality.

But growing up my mother was my biggest supporter. I grew up believing I could do anything I wanted and nothing was out of my reach. 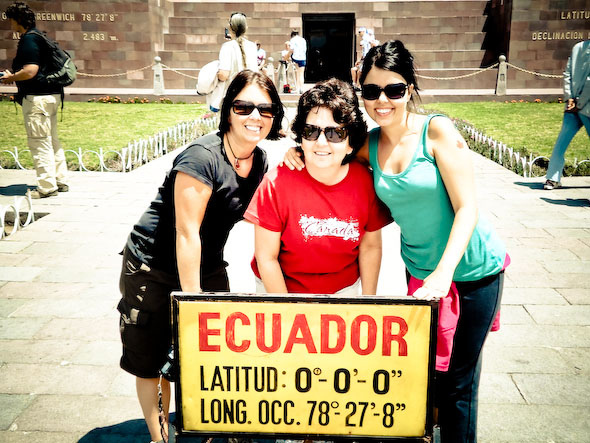 After ten years of working and having what others deemed as a successful career I told her I was quitting, selling everything and buying a one-way ticket to Mexico. She thought I was crazy but she never said a word, she has always supported all of my decision. It wasn’t until later when she came to visit me in Ecuador we could laugh about it she confessed she had her doubts but was proud of me.

It’s why I’m also excited that she is now meeting me in Maui for the last 10 days of my trip. She really wanted to see Hawaii but was hesitant to ask, fearing she’d cramp my style.

But I’m so happy that I can share this with her.

She is why I have been able to succeed and why I never feared failure. She is my biggest inspiration and I know that if anything should ever happen there is always somewhere I can go – home.