After Churchill I had one last day in Manitoba, and it was a sunny one at the Winnipeg Folk Festival.

Now beneath my jaded exterior that berates barefooted gringos for not wearing shirts in restaurants I’m actually an undercover hippie. In fact some of my favourite musicians never wear shoes.

The great thing about Winnipeg is that although they bring in big names like KD Lang, Tegan and Sarah and Blue Rodeo, they try to build the festival around up and comers so people can discover new music.

The festival is this crazy mix of families and hippies intermingling. There are drum circles, lots of vegan and vegetarian options, and so many stages if you don’t like one band just head over to another.

It was a nice day of people watching and I wanted to share my favourites with you. 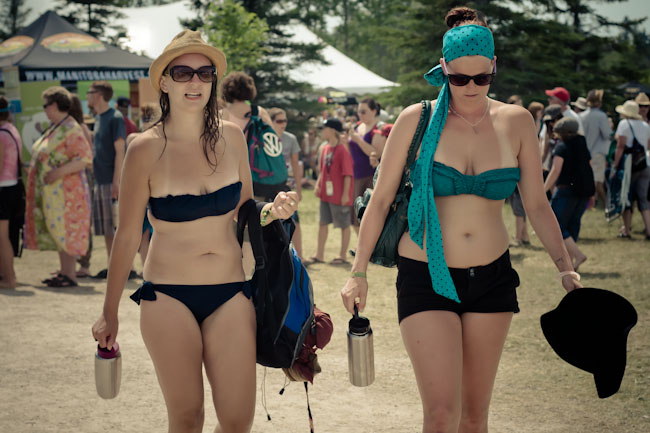 These girls were not coming from the beach, most people here wore as little as possible. There were lots of children running around the festival and this one caught my eye, completely enthralled with blowing bubbles for most of a concert. 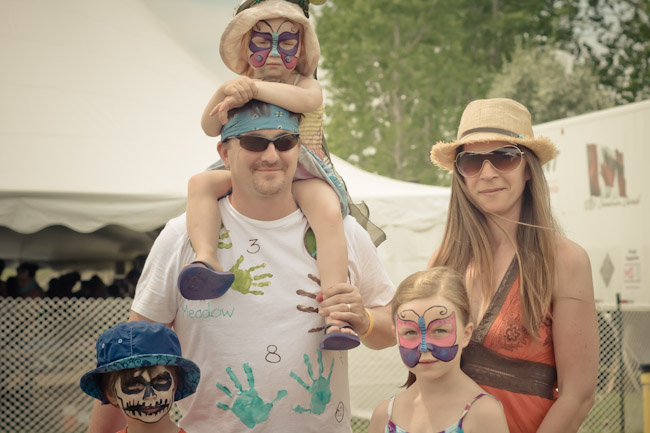 The wonderful thing about the festival was that it was such a diverse group of people. In amongst the skimpily clad hippies dancing in the sunshine, there were families alongside them dancing to the music. This family just had their faces painted. I saw so many hula hoopers around the festival grounds. I was so tempted to get one of my own, but then I’d need appropriate attire like hers. 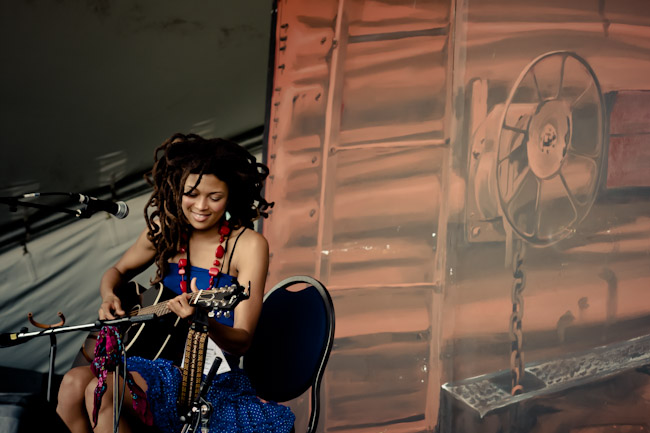 The music is pretty incredible too with my favourite being Valerie June from Tennessee playing on a stage so small people just sat on the grass, relaxing in the sun.

In some ways I write this post with regret because I can’t properly convey how much fun it was, but I spent so much time just laying in the sun next to the concert stages the blog took a back seat. I was really sad to go back to the hotel because I wanted to be one of the campers that stayed there all week.

But fingers crossed I hope to go back next year and if I do I’ll share a lot more!