Last year I remembered 2010 in food and as this is Food Photo Friday I thought it would be fitting to start where I left off. Food is the foundation of culture and most of my memories in South America and Europe are about the delicious and not so delicious things I ate. 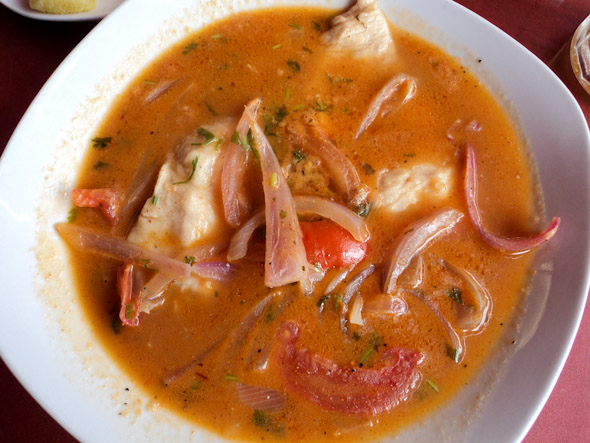 I knew Peruvian food would be good but I had no idea how much I would love it. One of the first things I ate was sudado and to this day it is my favourite dish in South America. Working at a hostel in Cusco was definitely an interesting experience, but having one of the local bartenders take me out to eat a ridiculous amount of meat, including the fried cuy above, was an amazing experience. The restaurant was famous for locals but impossible to find as a tourist. 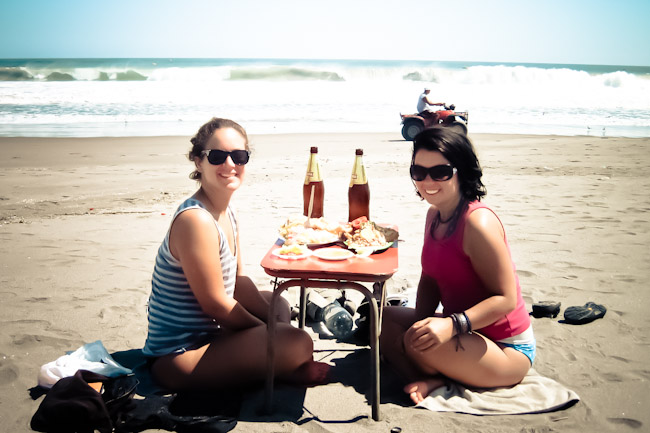 I ate a lot of ceviche in Peru but one of my favourite weeks was spent with Mica from KayPacha Travels, we lazed around on the beach for the week and when we got hungry someone brought us beer and ceviche.

It doesn’t get better than this. I really do love soup and my favourite in Chile was Caldillo de congrio which is traditional to Northern Chile. Not only was it so photogenic, this king crab soup was delicious. I am not the biggest fan of food in Argentina but I ate a ridiculous amount of steak, this bife de chorizo was one of many I ate in Argentina which lead to a 30-day meatless challenge. Despite my underwhelming commentary about food in Argentina, I did eat somewhere that was absolutely amazing. If you are going to Buenos Aires you absolutely must make reservations at Cafe San Juan in San Telmo.

I loved this pumpkin gnocchi so much I brought Lengthy Travel and The Travel Chica back to try it out. Returning to Canada for the summer I gave up meat for 30 days which meant heading back to my roots with my grandmother’s chowder recipe – a staple of life in Nova Scotia. 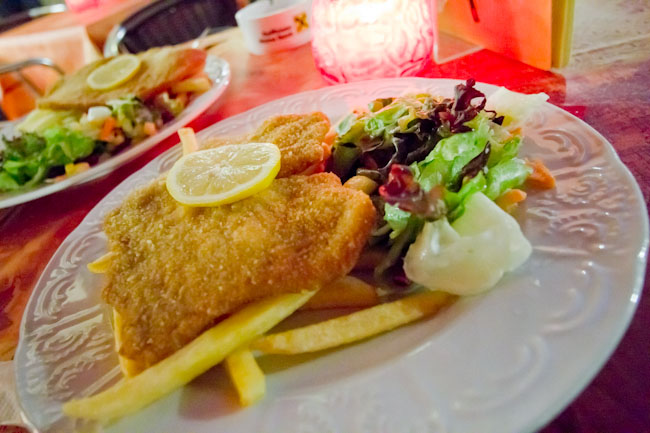 I don’t like everything and food in Austria did not impress me. I don’t know why I thought I would like schnitzel as I wasn’t a fan of milanesa in Argentina but I have given up on eating deep fried, breaded meat. I was blown away by food in Jordan, I wasn’t sure what to expect but I had no idea I’d love it so much.  I thought I hated eggplant but mouttabal above was so delicious I will be making it at home. What can I say about food in Spain? There is a wall of pork legs in the grocery store!!! I have eaten a ridiculous amount of pork here that it deserves the 3 exclamation marks. The end of the year was filled with lots of pork and tapas. It is impossible to go hungry in Spain. I may need to head back to a country where I dislike the food just to shed some pounds in 2012.

That was my year in food, what was your most memorable meal?