Two years ago I visited India for the first time and it was overwhelmingly beautiful and amazing. At the end I had the opportunity to visit Kerala in southern India.

It’s difficult to express just how much of an impact it had on me.

So when Kerala Tourism reached out to me to promote their new campaign: Human by Nature it was a no brainer.

The campaign is about how to find magic in the everyday and eternity in the ordinary.

At a time when the world is exploring what it means to be human, Kerala Tourism portrays the interplay of humans and nature in a land known for its open, inclusive way of life.

What Touched Me on My Visit to Kerala

The natural sights of Kerala were beyond incredible, with lush land and gorgeous sea. But what struck me the most were the people.

The people who were so kind to allow me into their lives. To share their photos. I met so many incredible people and I shed tears when I left because I was so touched.

The only thing that consoled me was that I know I’ll be back. In the spirit of this movie I wanted to share the 5 interactions which affected me the most.

Although most people take house boats along the backwaters in Kerala I wanted to do something different. It is not the only way to travel the waters in Kerala.

Instead I took a canoe trip through the village of Monroe Islands. A man made set of canals so residents could get around.

TRAVEL TIP: What to Wear in India

You really see how people live here. The river banks are designed for tourists, although we did get boat side chai service at one point – but that’s a local treat.

It’s a quiet tourist activity that started 25 years ago but there are now 28 boats and a homestay giving residents jobs and youth a reason to stay home.

This is so important, because like many small places around the world young people had to leave to find work. 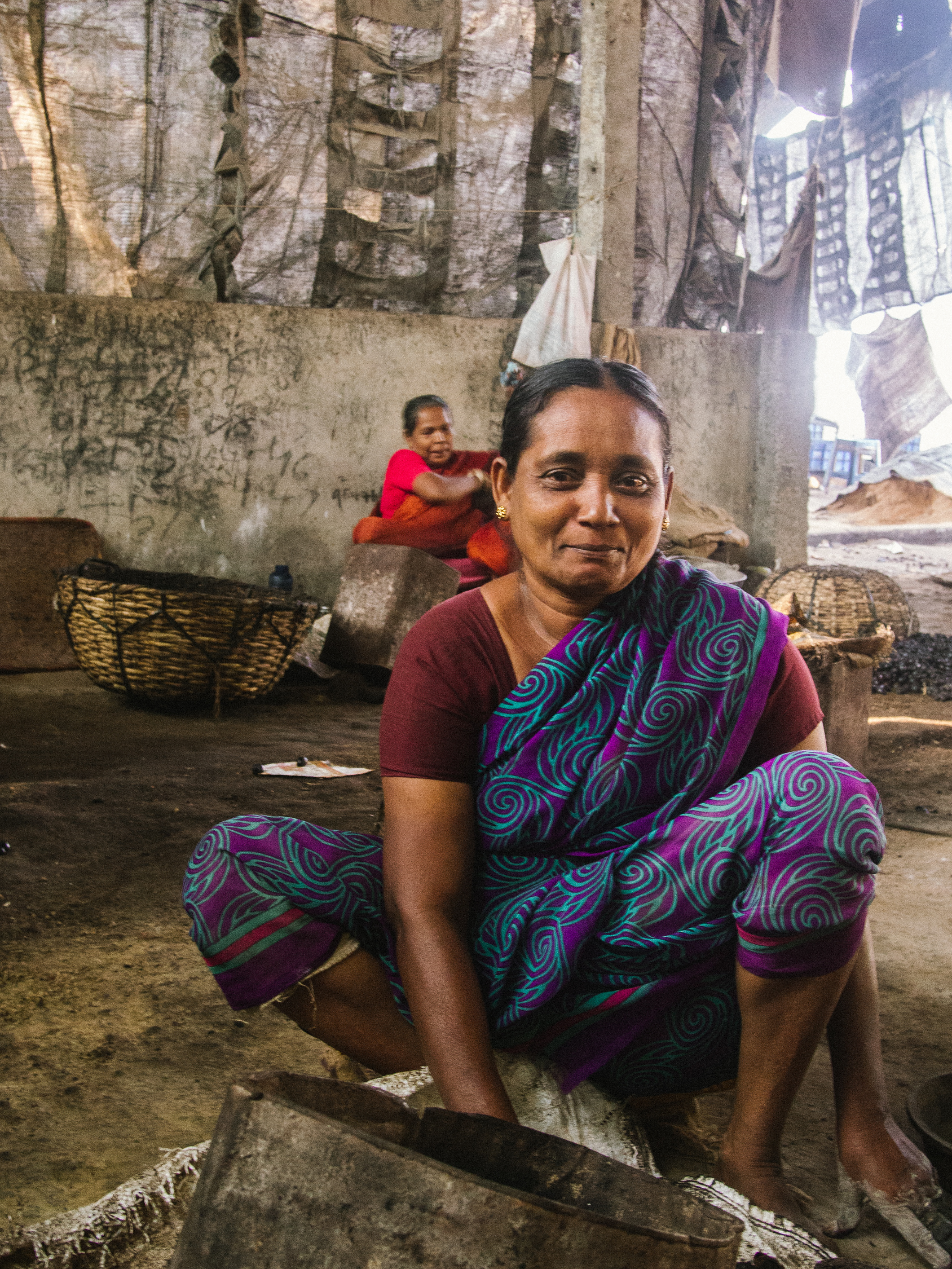 Inside the Cashew Factory

Kerala is world famous for its cashews, which are processed by hand. Not many people think about what that really means,

I visited a factory and saw how the women break roasted cashews by hand and sort them by size manually.

The workers were so friendly and didn’t mind me curiously walking around to watch and would smile for photos.

This isn’t a job the young people want to do, so it’s mostly older women who prefer this over manual labour in a field.

The women receive a weekly salary, daily allowance, insurance, 20% yearly bonus, subsidized education for their children and if they work for more than ten years they also get a pension.

Small factories are closing as youth don’t want to do this and it’s hard for them to compete with factories from Vietnam which are less expensive for producers.

It’s just one of many jobs that will slowly disappear in India as the country changes.

I felt so fortunate to experience this moment, which won’t last as the generations pass.

I visited a market in a local village where the market goers were as curious about me as I was in them.

Even though the women said they normally hated getting their photos taken I promised they could delete any they didn’t like. When they saw the photos they joked that I must have a magic filter in my camera.

They were so welcoming and allowed me in to watch the small circle auction of that morning’s catch of fish.

A Chance Encounter in the Rice Fields

Spotting people in the rice fields, we walked in to get a closer look at what they were doing. Instead of sensing an intrusion we were welcomed in with smiles. And for good reason.

I met a local women who started the program. She said women wanted to be in charge of their future so they started a collective and secured government funding to run various programs such as harvesting this rice field.

The field was full of women, except for one man. His wife was ill at home. He did not want the program to suffer so he came in her place.

The program has been doing extraordinarily well and is hoping to expand as there is interest from more women in the area to participate.

Of all the food I had in India nothing compares to eating Ponnamma’s food at my homestay.

The homestay started when Ponnamma’s husband died. Her son Wilson wanted to create a way for her mother to be able to stay in the family house and flourish.

23 THINGS TO EAT DURING THIS BEAUTIFUL FESTIVAL: Diwali Food

She grows and produces all her own organic spices, has chickens that call to her when they’ve laid an egg and is one of the sweetest women I’ve ever met.

I never worried about Delhi belly.

It’s not just about the food. She taught me to eat with my hand. How to cool chai (never add more water) and shared life stories with me.

She welcomes people with such warmth and says they light up her house. But really she radiates with such intense love it’s hard not to be emotional. I cried along with her when I left.

But I know I’ll be back.

This is a sponsored post in partnership with Kerala Tourism. I am so thankful to share why I think people should visit Kerala and experience these magical moments for themselves.