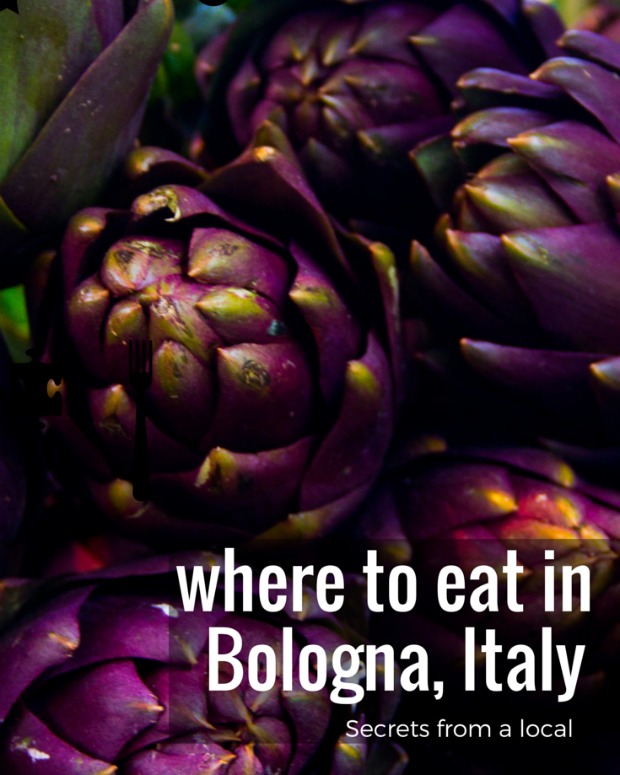 Although I had a few days after the TBDI conference I realized that spending them in Rimini may not be the best choice as there wasn’t much going on. Fortunately it was only a quick train ride to Bologna, a city I know many people have loved and one that’s been on my mind for nearly two years, since Kent and Caanan wrote about their gastronomic coup.

And so when Taste Bologna reached out to me on Twitter offering to take me around for the day I was ecstatic. I’m not a fan of tours but I am a lover of food tours as you always get a little bit of history but not too much. Food markets in Italy are my favourite places to visit.  I also wanted the inside scoop on Bologna restaurants.

I had to laugh because as we changed messages I told Andrea what I would be wearing and that I’m only 5 feet tall (I know, shocking many of you think I’m taller) and he responded only that he would be wearing a grey scarf.

Great. Do you know how many Italian men wear scarves?

Thankfully he spotted me right away and with a quick introduction we were off for coffee to talk about Bologna food. Andrea is really easy going and it felt like walking around town with a friend. In between food shops he gave me a bit of history, showing me aspects of the city I would have never noticed. Told me how to roast chestnuts, how to buy olive oil and what gelato is good and which ones are for tourists.

I learned that Eataly isn’t a tourist restaurant, locals really love it here.  To get the full experience have a look at this video of my food tour with Andrea along with a few places he recommends check out my video of food in Bologna.


I must say after lunch and good gelato I was kind of sad to say goodbye to a new friend. But Bologna was playing an important match of football and so like all Italian men, he needed to go watch it with the boys.

« Montreal Local Picks: What to See Eat and Do
Holiday Travel Gift Guide »