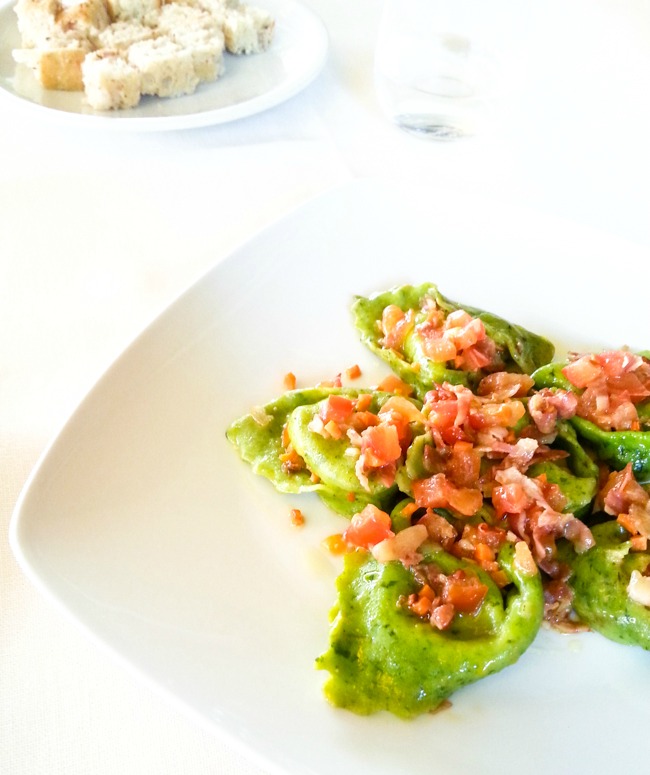 Although Osteria Francescana was the third best restaurant in the world, not many people visit Modena. We were lucky and were able to book a dinner reservation quite easily. But now that it is number one travelers have realized Modena is less than an hour by train from Bologna. So getting a reservation is likely more difficult with the spotlight shining so brightly. But don’t worry Modena is home to so many amazing restaurants.

Check out these great Modena restaurants 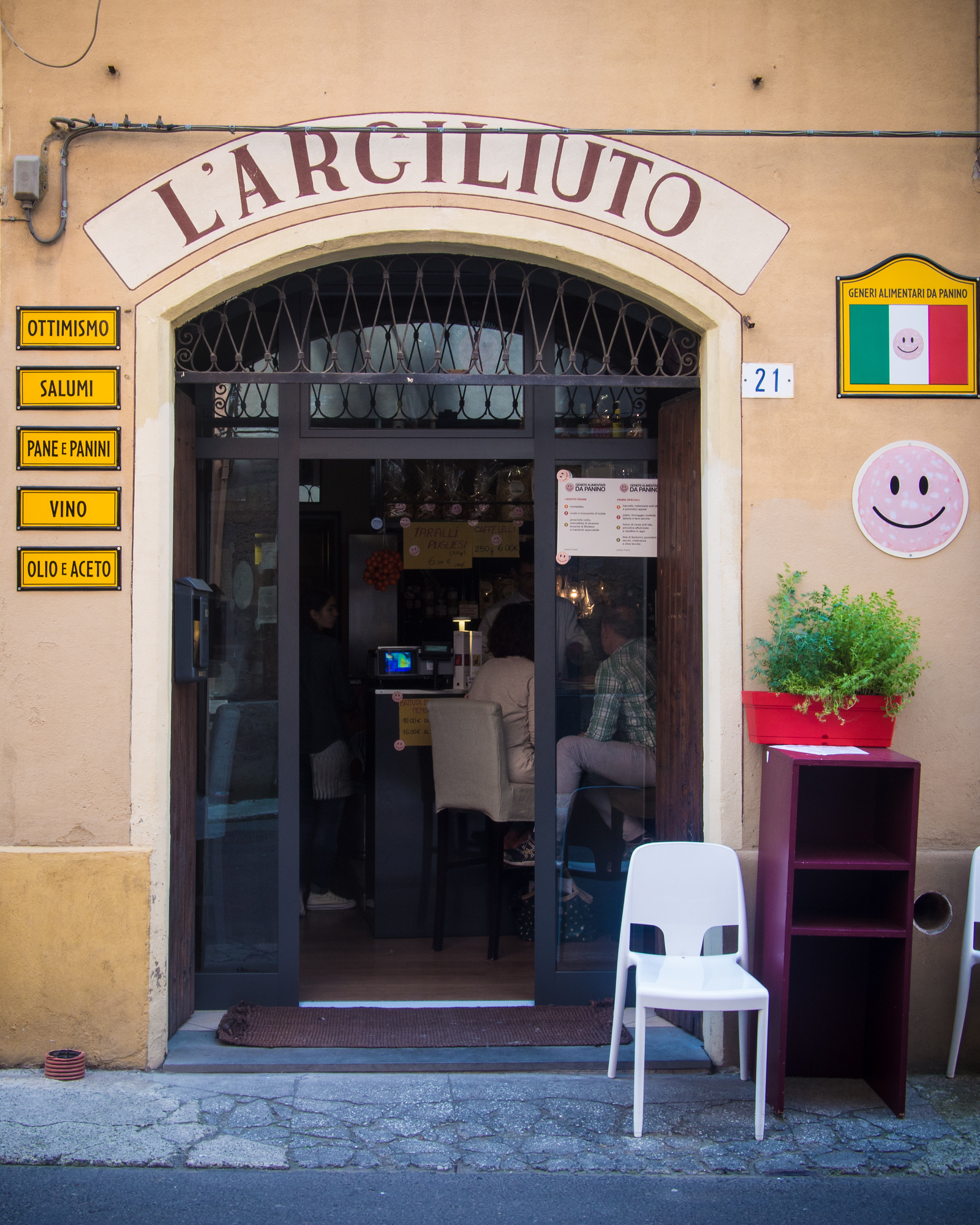 Just around the corner from Osteria Francescana is a tiny shop with a smiley mortadella sign on the outside. That alone should make you want to visit Da Panino.

It’s owned by the former sommelier at Osteria Francescana. He left to open a deli and sandwich shop that features highly quality, artisanal producers. That may not seem significant to outsiders but Italy is facing a bit of a crisis. While travelers blindly believe that all meat in Italy to be high quality the truth is that much of it is mass produced junk like we get at home.

Da Panino is a local’s favourite and with communal seating you’re likely to meet some of them. While the owner speaks a bit of English most of the staff does not. Don’t be intimidated by the language barrier. It’s a simple menu so just point to something you like from one of your fellow diners.
Da Panino: Rua Freda, 21, 41121 Modena MO, Italy 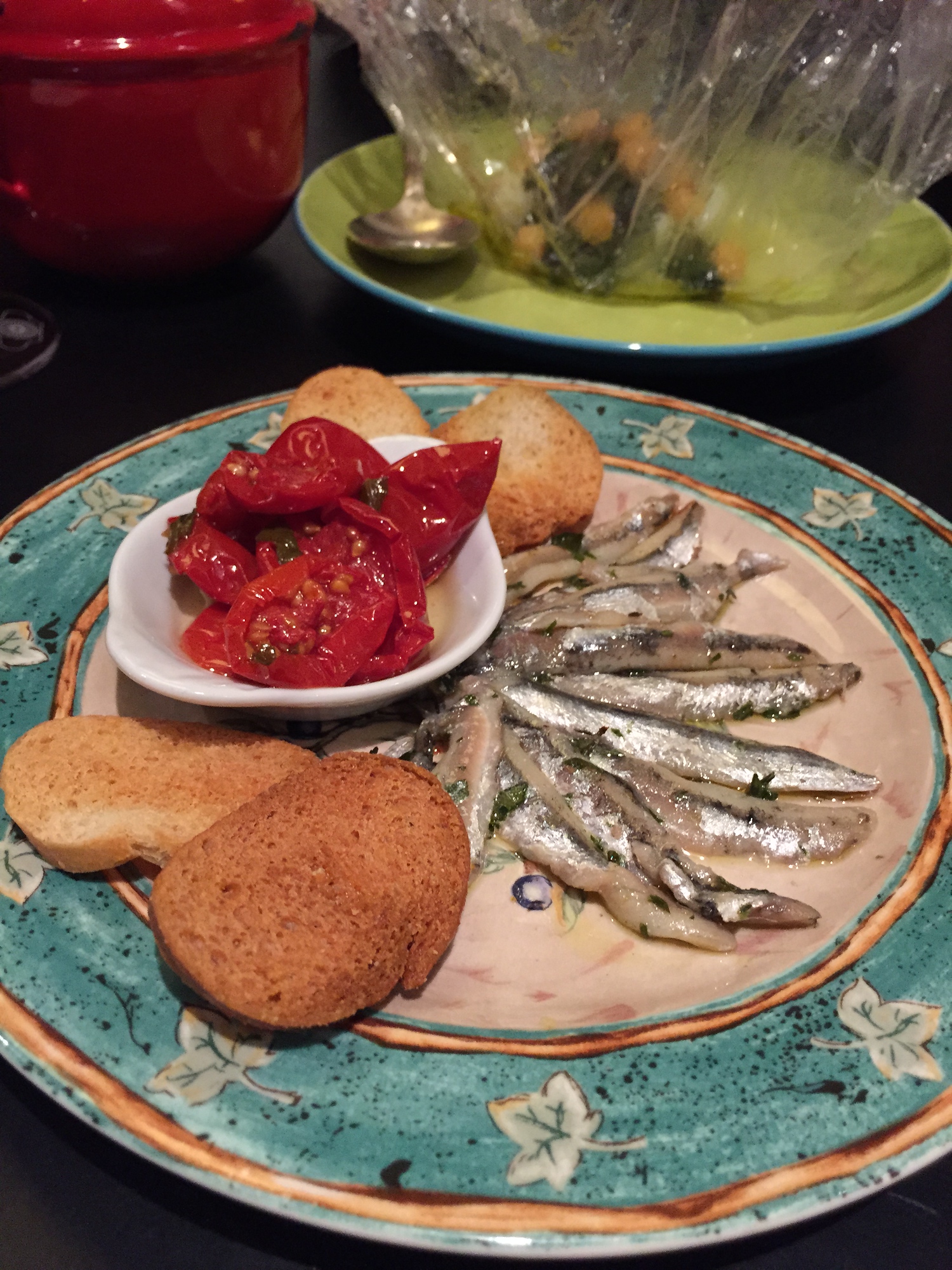 This brasserie in Modena is a partnership between Chef Massimo Bottura of Osteria Francescana and Chef Marta Pulini. Just like with Bottura, Pulini has a modern take on food, one not often in Italy where tradition is the highest priority. Chef Pulini spent years cooking in the United States so you get the best of Modenese food expressed in a modern way without the price tag of a Michelin star restaurant.

Aside from the food one of our favourite aspects was the different plateware on the wall and that every plate on the table is also different.
Franceschetta 58: Strada Vignolese, 58, 41124 Modena MO, Italy 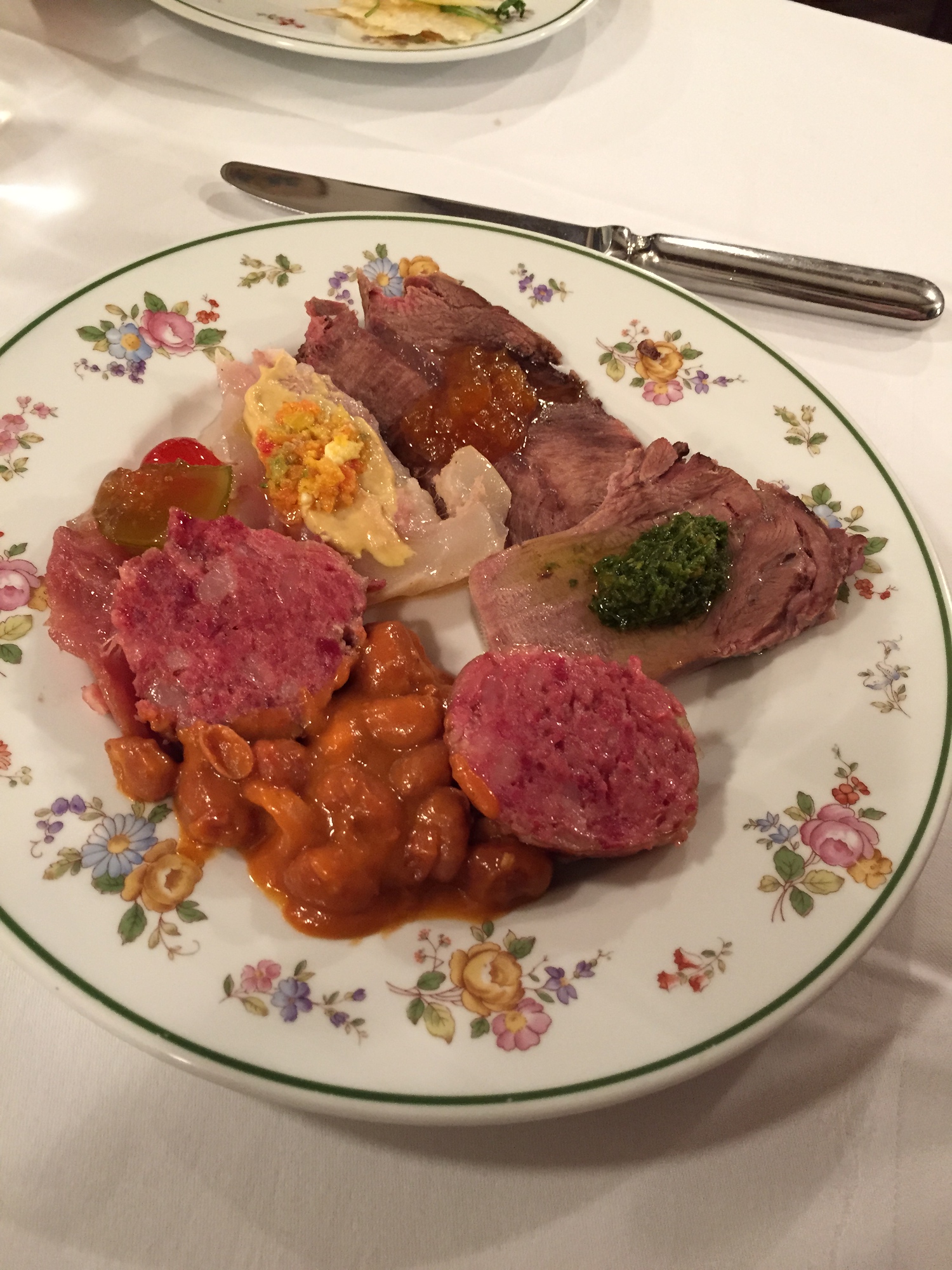 One of my favourite Modena restaurants, and it seems many people agree as most reviews are overwhelmingly positive. This is a family restaurant, you’ll find lots of groups of happy locals eating at Da Danilo.

But if you want to try something unique get the bollito misto, one of the traditional foods of Modena. Bollito misto is boiled pork parts: tongue, head and stuffed trotter. Trust me it tastes better than it sounds, especially with the mostarda di frutta condiment at your table. Again don’t be put off by the candied fruit jelly, it’s amazing with the boiled meat.
Da Danilo: Via Coltellini, 31, 41121 Modena MO, Italy

Osteria Francescana is not the only fine dining option in Modena. Chef Luca Marchini also offers a tasting menu rooted in tradition with a modern expression.

Like much of Italy the dress code is casual. There are white linens on tables but you’ll seat next to locals wearing jeans. Like all Modena restaurants, food is rooted in tradition, like a balsamic risotto with a modern touch and thoughtful approach to the tasting menu. Don’t worry if you don’t have formal wear. While there are white linens and haute service aplenty, you’ll find locals wearing jeans.
Via Castelmaraldo, 45, 41121 Modena MO, Italy 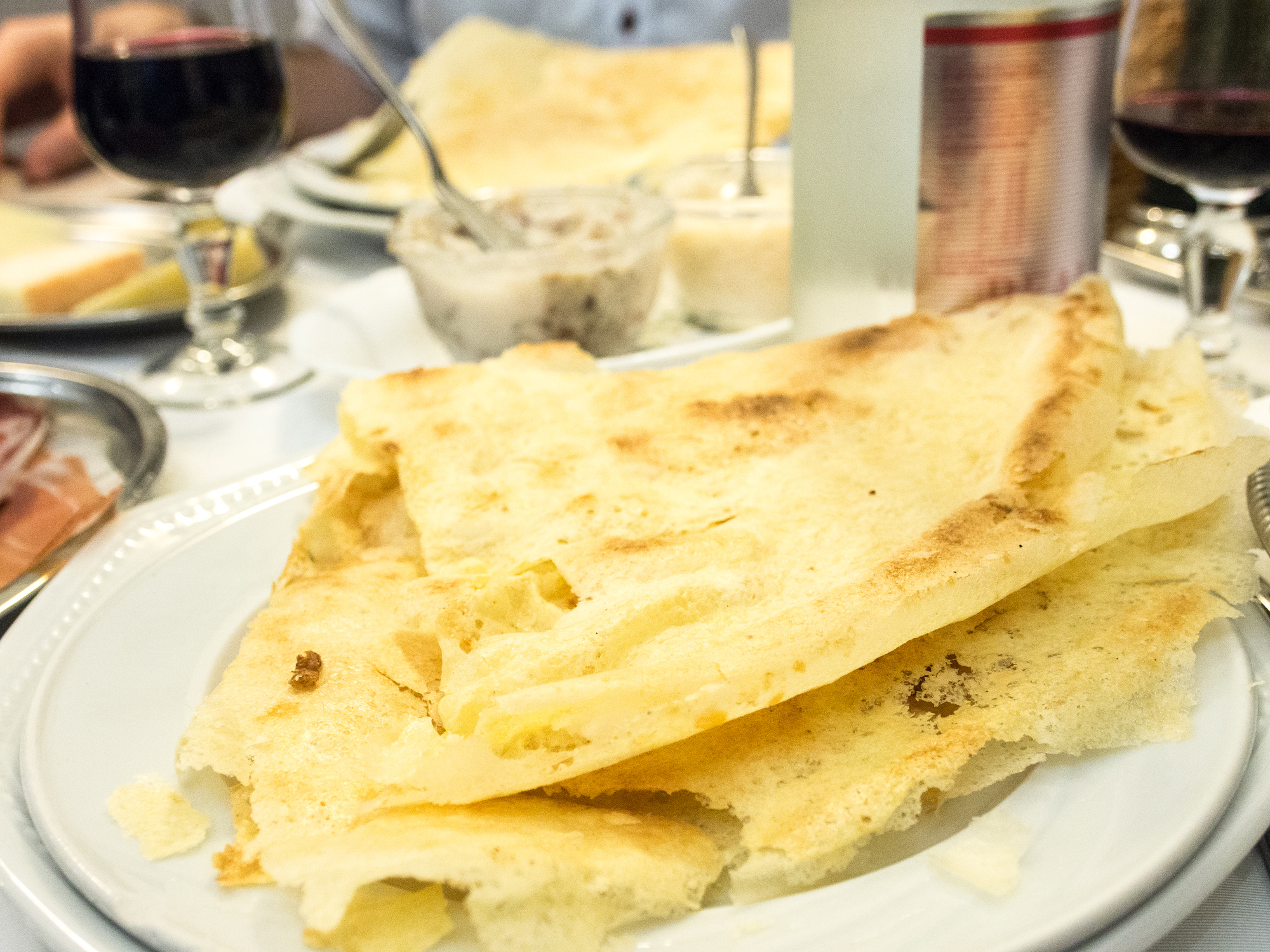 The one restaurant that isn’t in the downtown core of Modena but it’s well worth the drive out to the country as it offers borlenghi.

Borlenghi is a special dish that locals eat at parties or special occasions, it is not an everyday food because it’s so time consuming to make. Almost like a crepe, but filled with delicious things like pesto modenese and parmesan, Trattoria La Campagnola in Vignola which specialize in it.
Via Cà de Barozzi, 12, Vignola MO, Italy 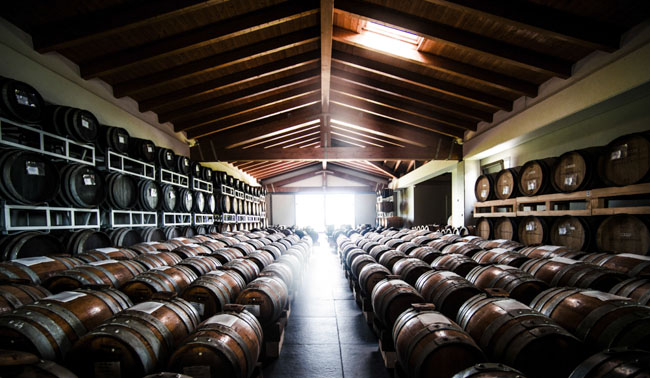 Black Gold vs. Fools Gold: What is Balsamic Vinegar

Traditional Modenese Food: What to Eat in Modena Italy

Where to Eat in Modena Italy 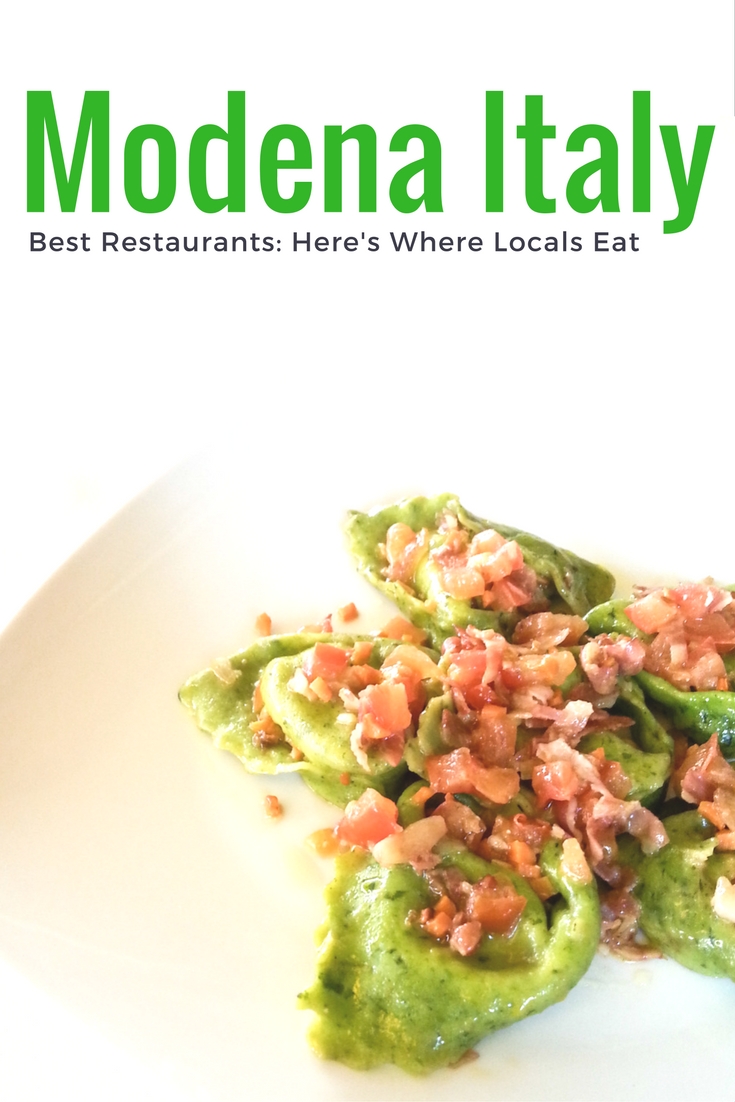