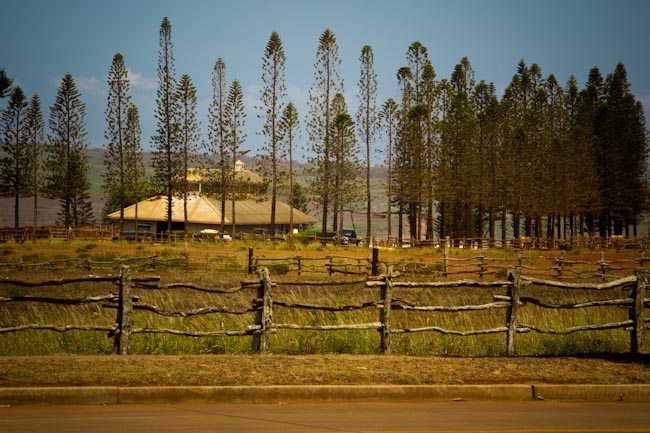 The missionaries left the cattle scene in Lānaʹi many years ago but the cowboy or paniolo culture remains strong in Lānaʹi – yet another quirk that makes this island special.

My mother and I arrived at Lānaʹi Western Adventures for a tour but after we signed the we won’t sue you if we die forms I heard this guy singing and it was so good I thought it was the radio.

It was Jesse the Singing Cowboy.

Originally from Arlington Jesse Taylor was basically going into bars asking if people wanted to hear songs so he could sell his CDs. In Montana a woman approached him about singing and working in Hawaii. It turns out it was the wife of the manager of Koele Stables and later on her husband offered him the job as a wrangler.

He’s definitely talented and I’m surprised no one has scooped him up yet – especially the giggling Japanese girls who were also listening along with me.

You can find out more about The Singing Cowboy on his website.

Disclosure: I was a guest of the Lānaʹi Visitors Bureau, they did not request that I write a favourable review or contemplate starting a new category for cowboy crushes.

« Have You Met Bruce?
One Step Closer to Scuba – Snuba Diving »