So if you are keeping track (and of course you are!) my first chef crush is Bertrand who blinds me with his French charm and won me over with a pulled pork sandwich.

On Maui I met happily married Sheldon who won me over with his deft skill of balancing difference heritages into one menu.

I was surprised to see I would also meet my third chef crush so soon on Maui. Hello Isaac Bancaco. 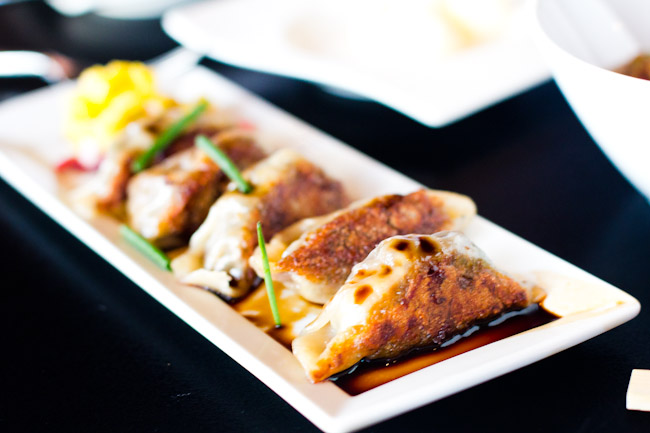 I had heard of Isaac Bancaco back in Toronto and told Maui Visitors Bureau I wanted to meet him when I visited. Although from Hawaii he had left to be a chef on the mainland and decided to come home. I met him when he was at the Grand Wailea’s restaurant Humuhumunukunuapua’a although now he’s at the Andaz Maui at Wailea Resort. He is known for his unabashedly strong stance on local farming.

And Isaac Bancaco has many of them. He isn’t an idealist that hopes we all just shop at the farmer’s market and the world’s problems are solved. He sees a need for the government subsidizes farmers and making the profession attractive to younger generations. He also explains how the cost of water greatly factors into farming challenges on Maui.

When Isaac orders produce he doesn’t just specify local, he chooses which farm it comes from and has started talking to farmers about  growing things specifically for the hotel to use.

We don’t order from the menu, but let him choose, which I think he had already decided anyway. The flavours are clean and complex. My mother adores the appetizers. Even though it includes raw ahi. She previously swore she dislikes raw tuna and has texture issues with sushi and poke but loves this.

The food keeps coming and my only regret is that I don’t have a larger stomach as the dishes are diverse but balanced. I want to try them all.

In the end I ask for a photo and he insists his line be in it as well. Could this guy get any better? Not sure, although my chef crushes are usually platonic I couldn’t help but notice he doesn’t wear a wedding ring.

Disclosure: I was a guest of the Maui Visitors Bureau. They did not request that I write a favourable review. Or develop unrequited crushes on all their chefs, including Isaac Bancaco.