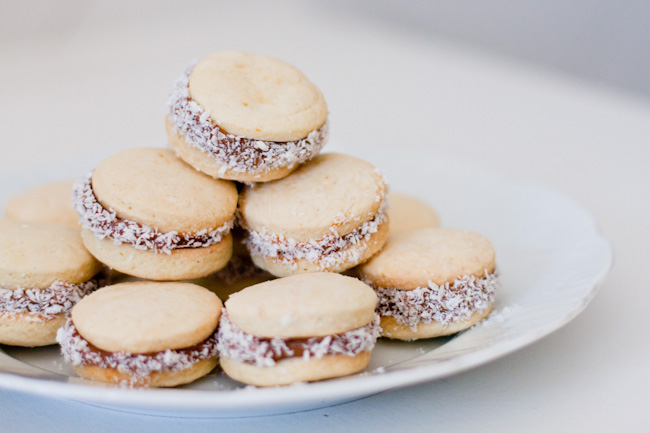 I have done my fair share of eating in Buenos Aires but if I was going to learn what it was like to live as a Porteño I needed to know how to cook like one.

With food being my first love I have taken many cooking classes, not only one-off classes but semesters at a culinary school.

When I was in Thailand, like others I took a cooking class in Chiang Mai and it was a highlight of the trip. 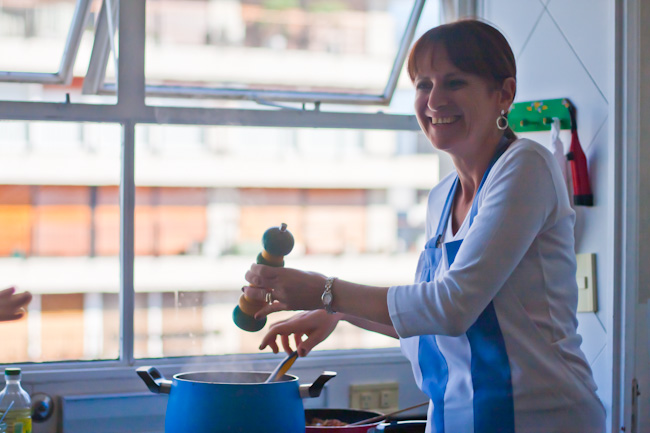 Stephanie found Norma’s class online after I had given up finding classes in South America.

Norma is a psychotherapist during the week but loves food so much she teaches the classes on Saturdays.

I liked Norma right away.

Before we did any cooking we sat around a table to get to know everyone a bit better.

I learned that Norma was already listed in Lonely Planet, but unlike most people who are listed, she didn’t jack the class prices up. 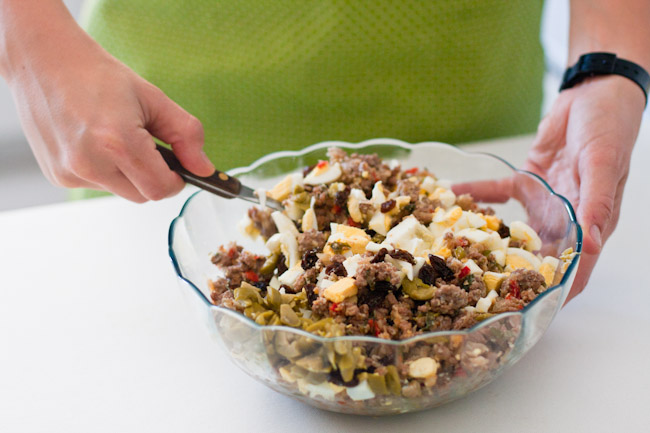 Although I have eaten empanadas all throughout South America I must confess they are the best in Argentina.

I have been addicted to the spinach and cheese ones using the excuse I need more green in my diet to combat all the steak in San Telmo. 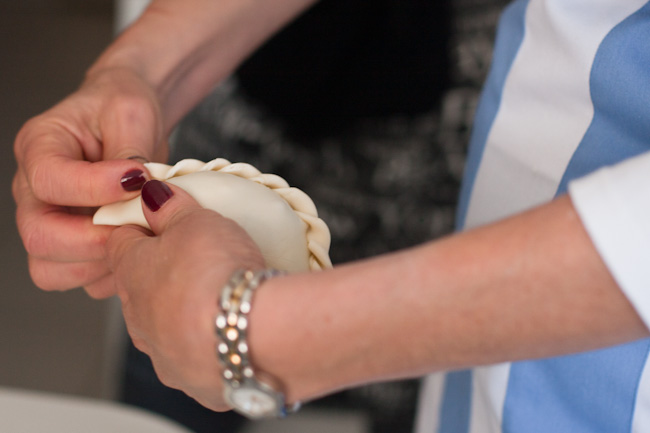 Folding the empanadas was the most difficult part of the class.

Norma showed me a few times and Stephanie’s first attempt was perfect. Mine was okay…let’s just say I prefer taste over presentation. Add some chimichurri and no one knows any better! 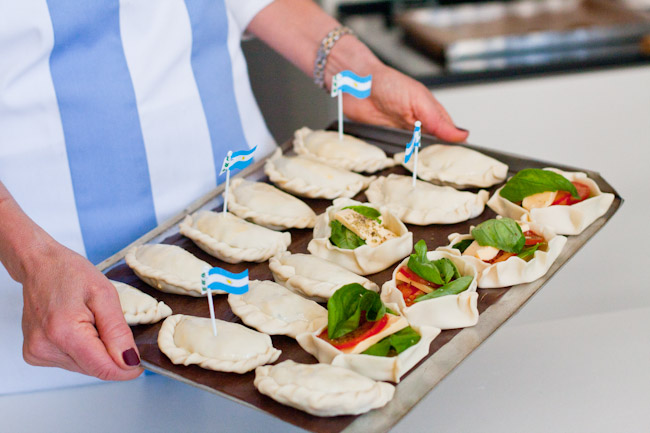 When Norma heard we also loved caprese empanadas (tomato, cheese, basil) she also showed us how to make those. She also explained that each variety has its own traditional way of folding. 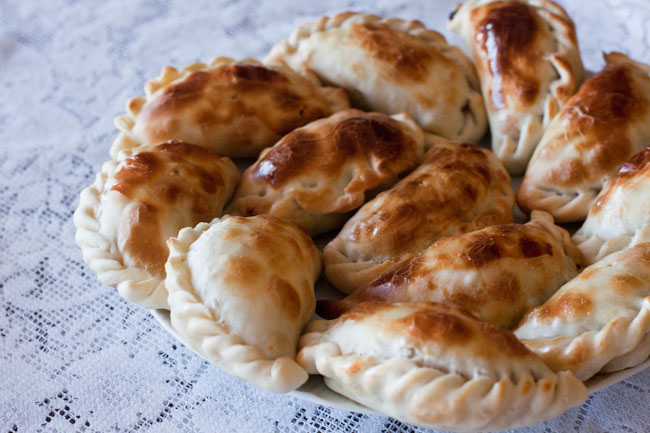 I was pleased to see that cooking the empanadas hides your lack of folding abilities. 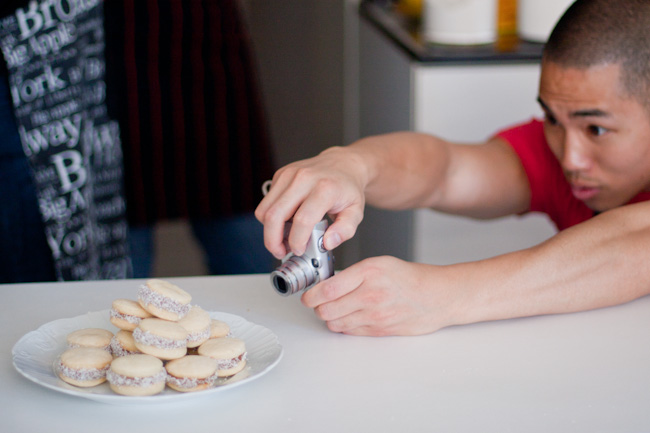 Alfajores are two round cookies filled with dulce de leche and decorated with coconut. Sometimes they are also dipped in chocolate or other coatings. I’m not a big sweets person so making alfajores wasn’t a big deal for me.

In fact most of my experiences with them involved gross, processed cookies that they give you on the bus that you know are disgusting but eat anyway and then lament over why you eat something just because it’s free.

But making alfajores was dangerous because the cookies were delicious with just enough dulce de leche wedged in between them to make them sweet enough to make them again. 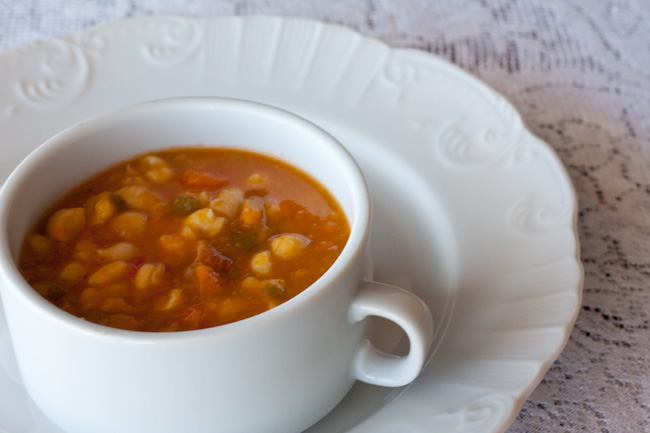 I was most excited to make locro.  A traditional stew, it is one of the few dishes made with pork.In this case two kinds – chorizo and pancetta.

This is my kind of soup.

Norma’s recipe is a bit more modern as she has tried to make it more healthy. Traditionally you just throw some leftovers of the pig into the stew to flavour it but understands not everyone wants some pig’s ear in their bowl.

1. Put corn and beans in water, bring to a boil and simmer for 25 minutes. Add squash and carrots.
2. Saute onions, scallions, peppers and garlic. Add to pot with tomato paste and stock cubes.
3. Cook pancetta and sausage, discard fat and add to pot. Simmer 30 minutes.
4. Check spices and consistency, adjust as needed.

Afterwards we had a great lunch with wine and salad and Norma gave us a booklet with all of the recipes along with others including how to make spinach empanadas!

If you are coming to Buenos Aires this is a really fun afternoon. You can find out more about her class at Argentine Cooking Classes.

« Buenos Aires is for art lovers
Macrame is making a comeback? »