After a great time at ArteBA I was really looking forward to Feria Puro Diseno (Pure Design Fair). I have seen so many innovative pieces in Buenos Aires I had set the standards pretty high.

When I saw people lined up down the block I knew it would be fantastic. Turns out instead of a design exhibition it was more of a consumer show for vendors who were all set up with Visa machines to make buying even easier. I don’t blame it on the organizers, they didn’t lie but I misunderstood.

But it was a lazy afternoon so I just walked around to see what people shopped for at these types of shows. It turns out it’s the same as the One of a Kind Show in Toronto. In fact a lot of it looked very hipster generic – ipod coverings, wall decals, laptop bags.

I guess with shows like these the little guys can’t afford to set up booths so you see more established, mainstream things that you get at the mall.

But all was not lost, I did find a few things amusing. 1) Reusable shopping bags were in several stalls which was nice to see, especially in a city that doesn’t have recycling and depends on cartoneros to scavenge the trash to take to facilities for money.

2) Macrame (seen above), or whatever that awful knitting thing from the 70s, is making a huge comeback. It’s not just the ugly dolls but orange and brown apparel was everywhere! As the city heads into Fall it looks like a lot of the clothes are vintage knits – it’s a good thing I am leaving the city. 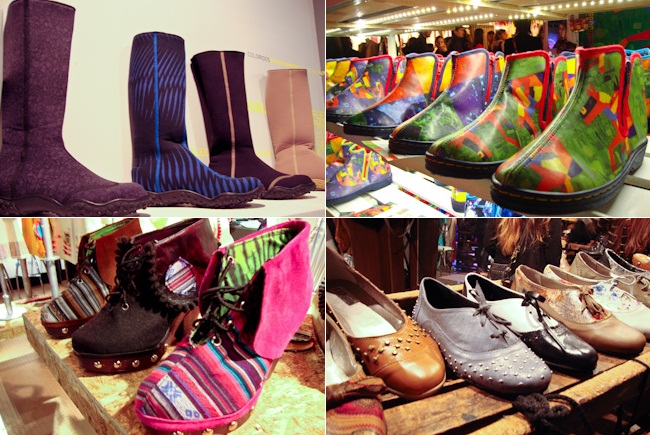 3) Although there were lots of clothes, the highlight of the show was, not surprisingly, the shoes. Porteñas love their shoes and I saw some really great ones.

In a city where women wear heels so high that it must cause permanent damage, I was really excited to see some flats that were really cute.

But I really need to know is macrame a universal trend or just a Buenos Aires fad? Do you see macrame dresses and 70s style tent shirts?

If so, I may rethink coming back for the summer because I will not be wearing a knit swimsuit.