When most people think about countries with great cuisine, Canada is a country that is often dismissed as simply being home to maple syrup, bacon, and some great seafood.

However, there is a lot more than that to the cuisine of this great country, and there are many dishes that can’t be found anywhere else outside of Canada.

From unique brands of candy and desserts through to wonderful street food and ingredients that are widely available throughout the country.

There are plenty of options if you want to try something that you won’t have tasted before during your visit to Canada, and here are some of the most popular. 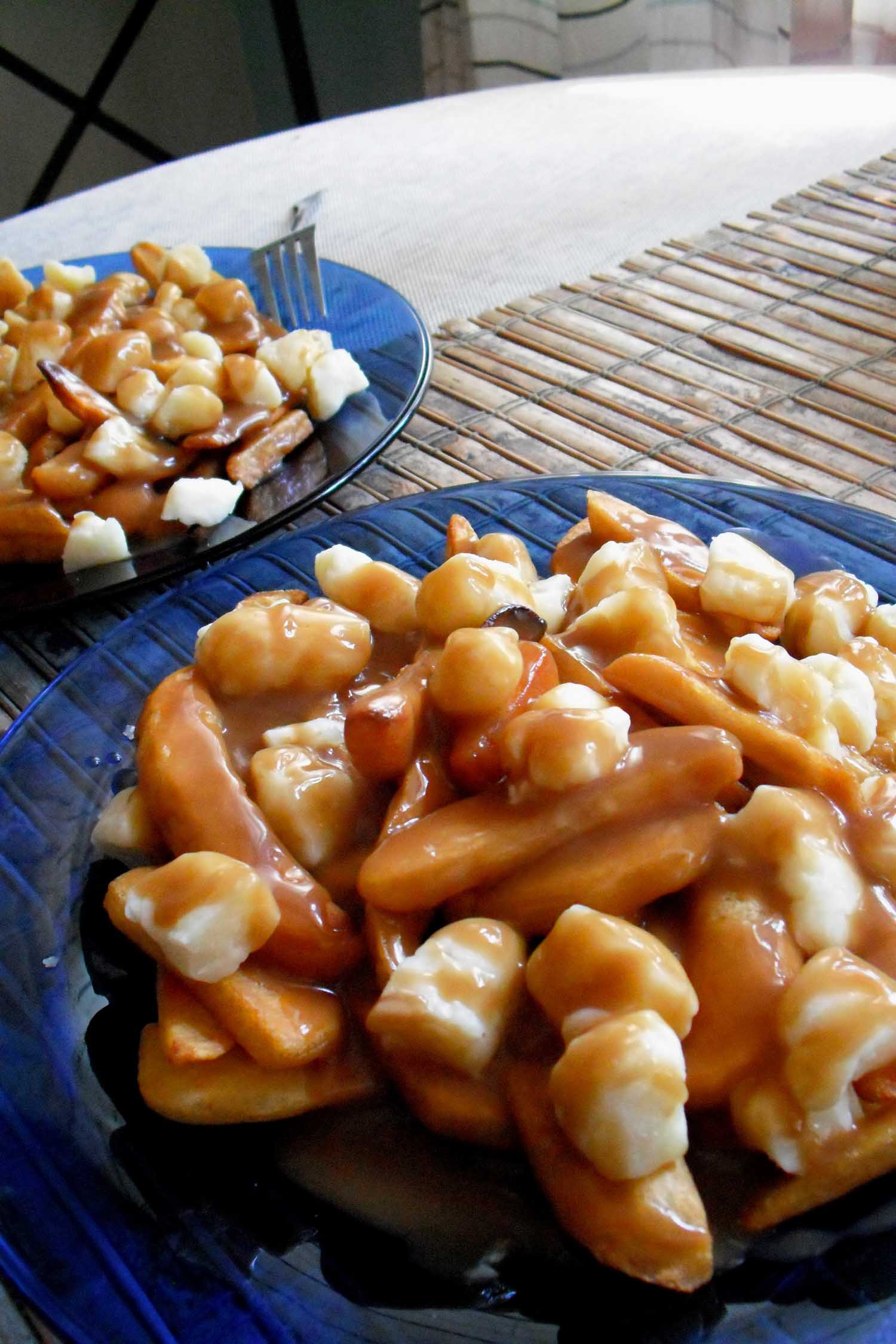 This dish is one that has been a staple at outdoor events and at the end of nights out in Canada for decades, and there are plenty of stores that specialize in providing a variety of different types of poutine.

The basic version is simply made by topping a serving of French fries with cheese curds and a generous serving of gravy.

The cheese curds are cooked to give them a tangy flavor, while the gravy is usually chicken or turkey based, and completes the dish wonderfully.

These candies have been made in Canada for 130 years, and are the treats that so many Canadians have grown up with.

The center of bittersweet chocolate is surrounded by a hard candy coating, while the distinctive spicy cinnamon flavour makes it a very interesting candy that is quite different to most of its rivals.

The Canadian tradition is also shown in the bilingual labeling, that is seen on the packaging of the product.

Originating in the city with the same name, the Nanaimo bar is a dessert or snack where a base layer of wafer crumbs is topped with a butter icing before finally being covered with a thin layer of chocolate.

The fact that there is no baking required and that it only needs to be stored in the fridge to set after preparation means that it is easy to make as well as being popular, and it is now available in most bakeries and coffee shops across the country.

Small round chocolates covered in a colorful and crispy shell, Smarties are one of the iconic treats that anyone growing up in Canada will be very fond of.

Small enough to be shared among a group of friends, and tasty enough that you want to finish off the rest of the box, these are definitely one of the treats that have helped to define childhood in the country.

If you are traveling south of the border in the USA and come across the Smarties there, remember they are completely different, and don’t have any chocolate at all. 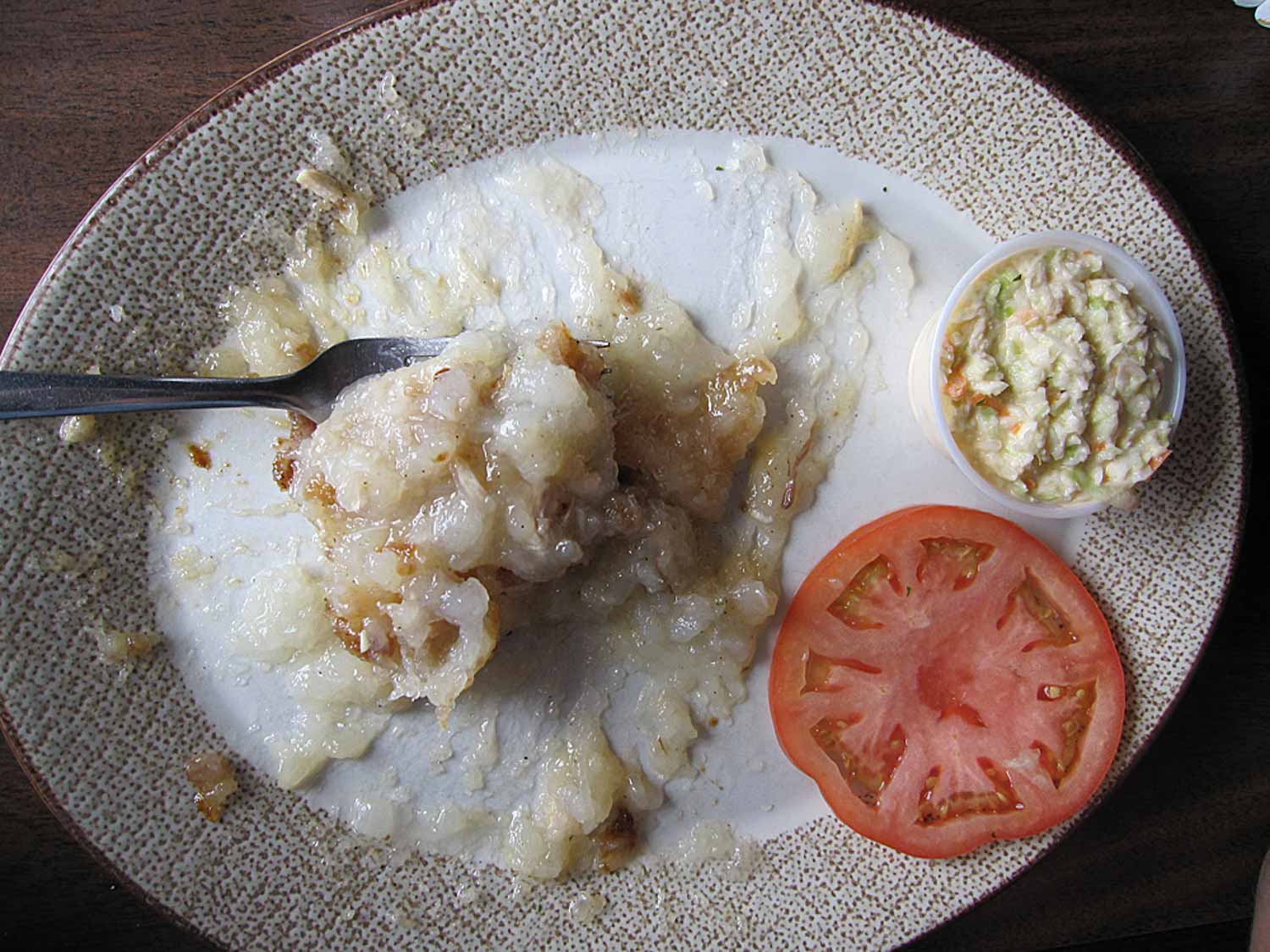 Originating in Acadia and Nova Scotia, this dish is not strictly a pie, but rather it is made with layers of grated potatoes that have been squeezed to remove excess fluid.

This is then layered with chicken before being covered in chicken broth and baked. Rappie Pie is certainly one of the most popular types of comfort food across much of Canada.

While there are versions of this sweet treat found in many different areas, Manitoba Maple taffy is the most distinctive and is made by boiling maple syrup, which is then poured directly on to a layer of fresh snow.

The swift cooling means the syrup thickens quickly, and can then be chewed after it has cooled enough to be picked up.

As one of the biggest food companies in North America, Kraft has plenty of brands that are international and can be found elsewhere, but their peanut butter is one that is yet to make the transition to other markets outside the country.

Available in smooth, crunchy and a variety of other styles, this peanut butter is a real comfort food that is a great taste of home for Canadians.

These simple pastries are found across the country, and for those who have a concern for wildlife, you can rest at ease because they gained their name for looking like beaver’s tails, and no actual beavers are harmed.

The fried dough is topped with a variety of different toppings, and they have been so popular that even President Obama made a detour in order to get one of these delicious treats before returning to the United States. Layers of wafer covered in a light coffee flavoured filling which is then smothered in chocolate, this bar was originally made in the UK. But was adopted by the Canadians who took to the snack even more than the Brits.

Now only available in Canada, an attempt to expand into the US failed, meaning that for Canadians craving this particular treat, they will have to head home. Almost as iconic as those that are found in New York, the distinctive Montreal bagels have a sweet dense dough and usually have a layer of poppy seeds as a topping to the bagel.

These bagels aren’t usually cut and filled like their counterparts in New York, and most people will enjoy the bagel by itself.

Breakfast cereals change wherever you go in the world, and one of the most popular ways to start your day in Canada is with a bowl of Shreddies.

These square bites look like a very small grid, and are made with whole grain wheat, and along with the standard version, many people will have fond memories of holiday breakfasts when they were allowed the frosted, honey or chocolate versions of the cereal. Often eaten during the Christmas and New Year celebrations, this meat pie is usually prepared with pork, beef or veal, and will often have game meat included to enhance the flavor.

There are regional variations found in Quebec, Montreal and Acadia, but each one has the distinction of being cooked in the tourtiere dish, which is what gives the pie its name.

This simple to prepare meal is one of the most popular meals that is prepared in Canada, and is a serving of macaroni and cheese that arrives dried in a packet, which is then prepared quickly to make a meal that serves four people.

This is one of the great staples of Canadian food, so much so that on average 3.2 boxes are eaten for every person in Canada each year.

One of the most popular foods for those who would like a snack after they have been enjoying a few drinks, the donair is very popular in the city of Halifax, but can be found across the country.

Similar to a doner kebab, the spiced meat is cooked on a spit before being cut into strips and seared and then served in a pita bread with some salad and the distinctive donair sauce, which has a recipe that is a secret kept by the restaurant owners.

This dried meat snack is one that dates from the era when Canada was still being explored and people discovered the food being cooked by the Inuit, and it is made of dried meat that has been slow cooked until it is of a similar texture to jerky, which is then crushed and blended with fat and dried berries.

While it may not be the most tasty snack of all in the country, this is a sustaining food that has been a big part of the exploration story in Canada.