Guinea pig, or cuy in Ecuador is one of the traditional foods you should try while visiting Ecuador, Bolivia or Peru.

It is more commonly known as cuy (kew-y) in the indigenous language of Kichwa, because of the high-pitched bird-like sound the animal makes.

Many people wonder why Ecuadorians eat guinea pig and it’s because guinea pigs were the main source of meat before cattle were introduced to the country.

The number of cuy became a status symbol because it meant you had enough money to eat meat.

It was never an everyday meal but a luxury.

It is much larger than what we know as a guinea pig in North America and it about the size of a rabbit.

While many travelers think eating guinea pig is gross, I don’t think you can really judge if you eat meat of any kind.

The taste of guinea pig is difficult to describe and depends on how it is cooked.

In Ecuador it is often cooked over an open spit; it reminds me of chicken wings or some other kind of dark meat.

I ate guinea pig again again in Cuzco when a Peruvian friend took me to a local place to eat so much meat I didn’t eat again for a full 24 hours.

It was deep fried and I had to admit in the cuy wars, Ecuador won the best preparation test.

As deep frying it seemed to enhance its already pronounced greasiness.

Trust me, it really does matter how you cook this animal. 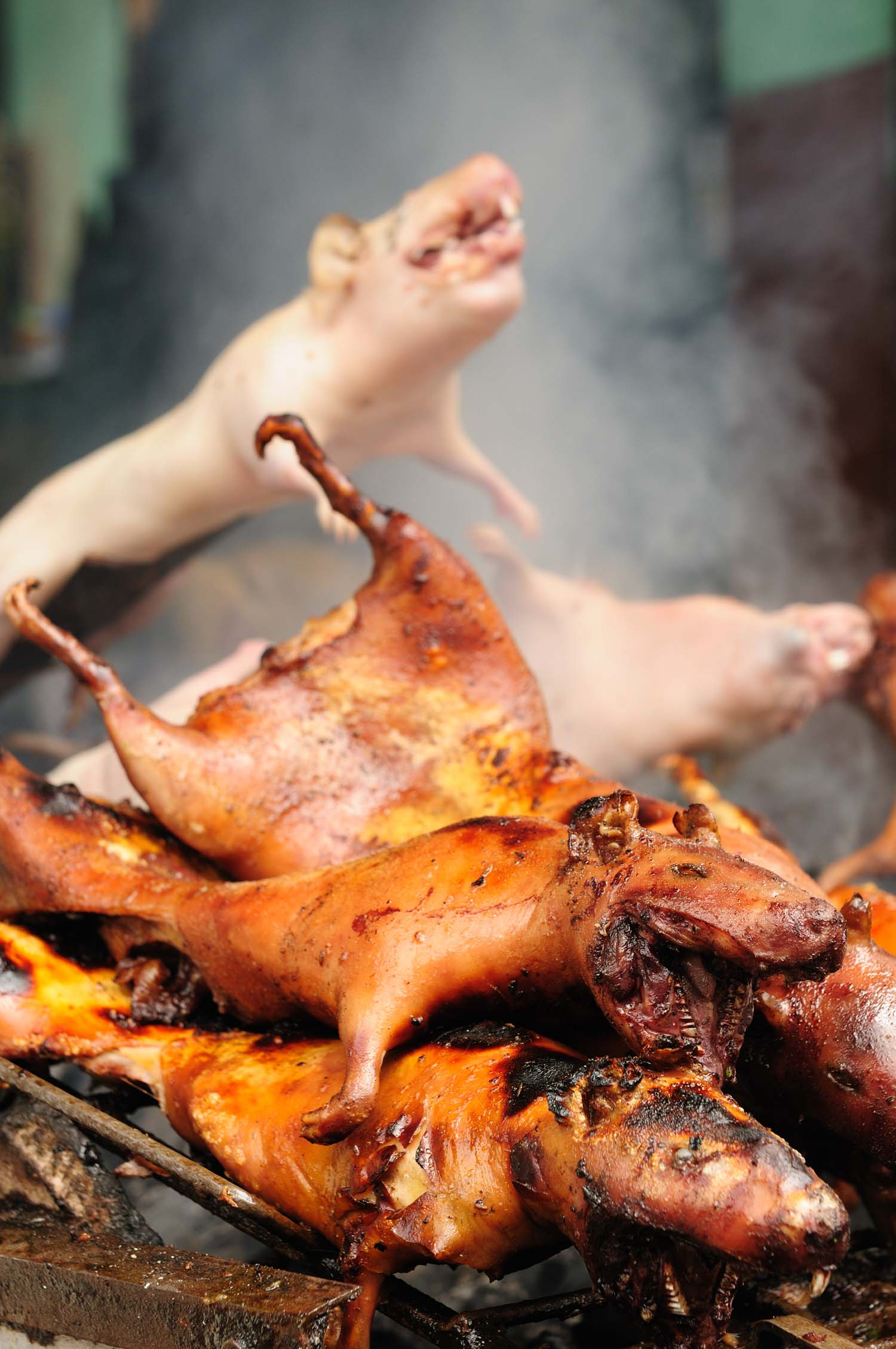 Where to Eat Guinea Pig in Ecuador?

Guinea pig can be found in the Andes of Bolivia, Peru and Ecuador.

Although Cuenca Ecuador is known as one of the best places to eat cuy, my first time eating cuy was in Baños with my mother and sister.

Surprisingly my sister really liked it.

But my mother once had a pet guinea pig and the sight of little feet on her plate turned her stomach.

After Banos and Peru, I had to go back to Cuenca famous for its cuy and I had never been.

How to Eat Guinea Pig?

It seems like a strange question to ask but most people try to eat guinea pig with a knife and fork.

Don’t worry about being polite, just get in with your hands and eat it like chicken wings.

I must admit it wasn’t the best, as it had a really strong flavour. But I have heard the age of the cuy changes the flavour dramatically.

And while I can’t say I loved it, I know I’ll try it again.

Pin it For Later