Like many great holidays, Nowruz food is one of the most important aspects and there is special Persian food served during the festivities.

This is the perfect reason to check out the Iranian restaurant in your hometown that you keep meaning to go to but haven’t been there yet.

This Iranian holiday is over 3,000 years old although no one knows the exact date because it’s that old.

It’s also not a holiday that’s tied to Islamic or Christian beliefs because it’s predates both religions and is linked to Zoroastrianism, an ancient Persian religion.

Despite its history and strong connection to Persian culture it was only recognized by the UN as an internationally holiday in 2010.

The date and time changes every year as it’s marked with the exact moment of spring equinox.

It makes sense that the new year would begin in Spring, Iranians observe this holiday as a fresh start and begin cleaning their homes weeks in advance in preparation for the new beginning.

Here are a few of the items to look out for if you are celebrating with Iranian friends or you are traveling in the region during this March festival. One of the most iconic foods in the Nowruz traditions, Samanu is a paste made with germinated wheat.

It also may and can have nuts such as almonds or hazelnuts.

Traditional samanu is heated for several hours, often women come together as a community to sing and talk as they stir the paste for the dish.

Sweet treats are an important part of the celebration.

These cookies originated from the Afghan region and are flavoured with rose water and either pistachios or poppy seeds.

These dried fruit are also called oleaster or the Persian olive.

Senjed are one of the seven Persian New Year food featured on the Haft-Seen, a table displayed in many homes during the festival that also includes garlic, vinegar, and apples.

What is a celebration without drinks? Narwiz koje has the texture of a milky porridge. There are many varieties of this drink as it can be made with different grains.

In fact in some areas it may include cheese curds, milk or even meat.

This tasty Nowruz vegetarian food is a type of frittata prepared with eggs and a mixture of herbs.

However, what makes this Persian frittata special is that it also includes walnuts and barberries.

A popular Nowruz food, these small cookies are made with rice flour, eggs and sugar, and are given an additional flavour with rose water and poppy seeds.

Often served with fish, this Nowruz side dish is made with seasoned rice with a variety of herbs.

Sabzi Polo usually includes coriander, chives and parsley, although the recipe varies from region to region.

It is very common to offer Ajil to welcome guests during Persian New Year.

It’s an easy snack to prepare and is a mixture of seven nuts and dried fruits that usually include local hazelnut, almond, roasted chick peas and apricots.

There is no one recipe for this Persian New Year food as each family creates their own version passed down over generations.

Ash e Reshte is a popular hearty soup that is on every Nowruz menu, but it is common for the noodle soup to include chickpeas, lentils, onions and herbs.

An ideal finger food, dolma are small vine leaf rolls stuffed with rice, onions, herbs and lime juice, along with either beef or lamb. They are also a popular Jordanian food known as warak enab and Sarajevo food known as sarma.

Fear not vegetarians as vegetarian rolls are also common in some regions.

However, unlike other rice dishes, it is traditional for this to caramelize at the bottom to give it an unique crunchy texture.

If you ever thought you burned the bottom of your rice in your rice cooker don’t throw it out, it many cultures it’s the best part!

Sumac is another Persian New Year food on the Haft-seen table in the family home.

It is meant to represent the sunrise, sumac berries are crushed and dried to make a red spice.

The berry also grows in Canada and is a common foraged food.

Red or green peppers stuffed with rice, ground meat, herbs and a tomato paste then baked in the oven.

One of the traditional Persian cold drinks, Sharbat-e Khakshir is made with khakshir seeds, which are small and usually sit at the bottom of the glass.

Ice and sweetened water are added to make a refreshing drink.

A stew that is ideal for the colder evenings of the Nowruz festival.

Fesenjan is made with chicken, walnuts and pomegranate molasses, which give the stew a tasty and distinctive sauce worth enjoying.

Most commonly found in the north of Iran, Chelo kebab are traditional meat skewers, either lamb, beef or chicken served on a bed of saffron or Persian rice.

This sweet is often given as a gift during Nowruz. Gaz is a type of nougat prepared with pistachios.

It is usually served in small chunks and decorated with sliced nuts.

Cookies are an important feature in any home, and are offered to visitors during Nowruz.

These sweet treats are simple cookies made with ground almonds, which are often flavoured with rose water and cardamom. 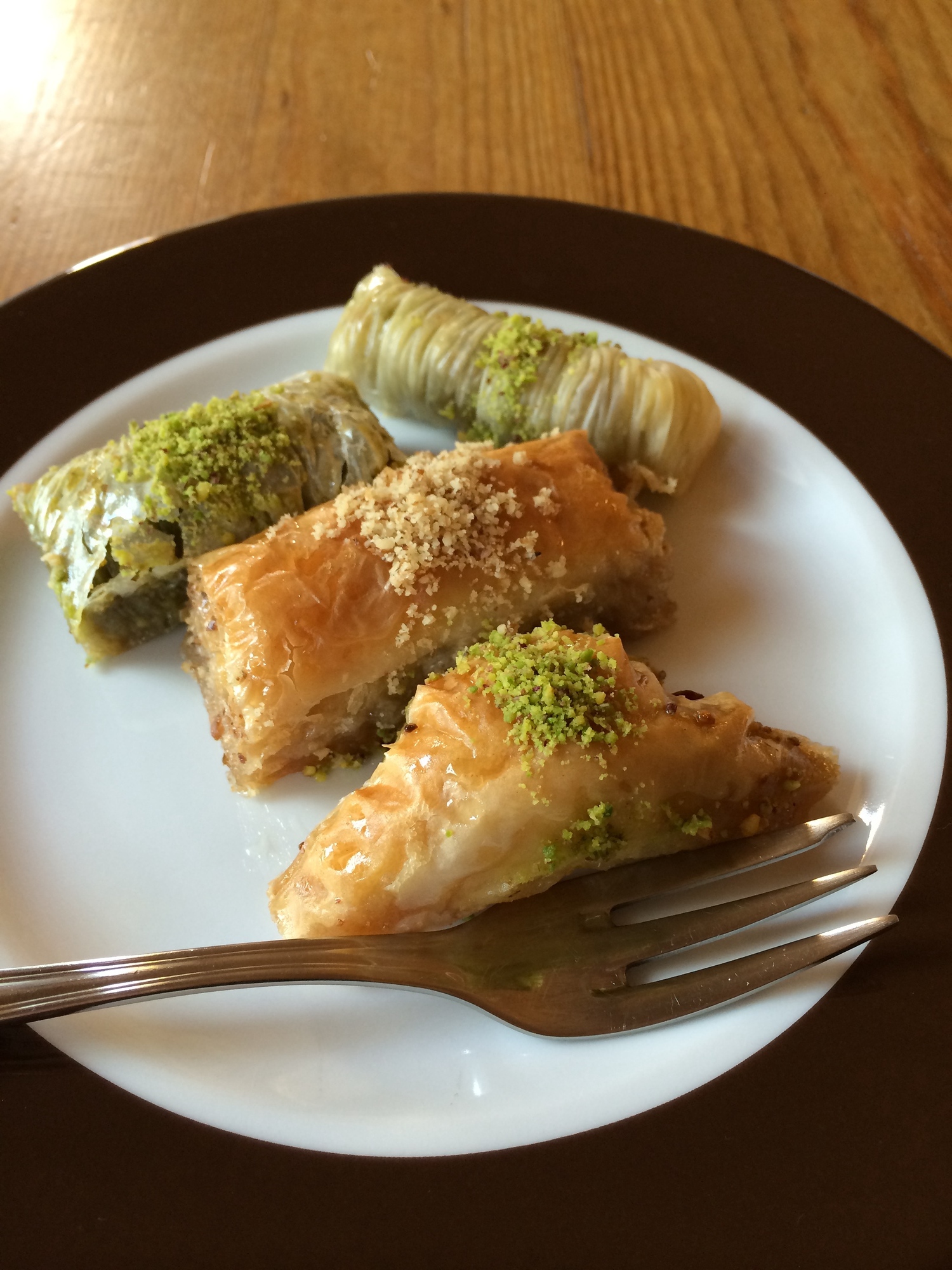 Baklava is a favourite dessert in many Middle Eastern cultures.

The sweet treat is made with phyllo pastry and chopped nuts bound together with honey or sugar syrup.

Shekerbura are decorative half-moon shaped pastries is often decorated stuffed with a mix of almond powder, cardamom seeds and sugar.

Many people think of falooda as a dish from India but this dessert is a common Persian New Year food.

Served cold, falooda is prepared with tapioca pearls and has a creamy texture that is usually served sweetened.

These decorated dough treats are usually one of the most coveted foods to eat.

Within the doughy case there is a layer of walnuts, sugar and cinnamon that makes this Persian New Year food so special.

Originating in the Isfahan region of Iran, these luxurious sweets feature almonds and saffron.

Sohan Asali are made with sugar that is caramelized to create a wonderful sweet flavour, while the scent of the saffron makes them very popular.

What are your Persian New Year food essentials? Share in the comments below.

Love celebrating New Year around the world? Check out these posts. 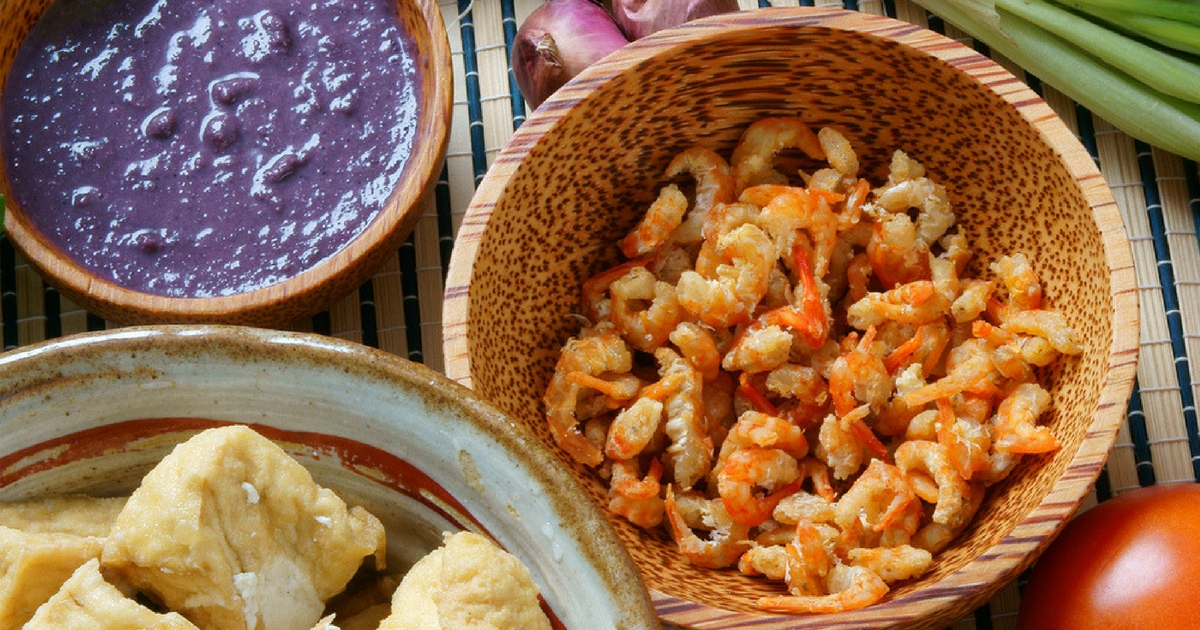 What to eat for Tet – Vietnamese New Year