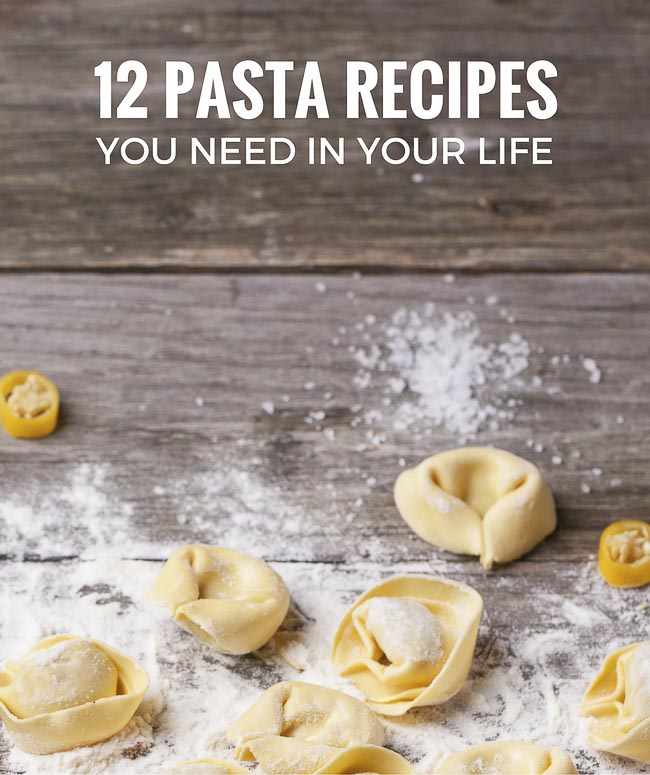 Embrace the carbs! October 25, 2019 is World Pasta Day. Today I wanted to sharing popular pasta dishes around the world that are so easy to make.

This is the perfect reason to eat pasta! Unless of course you’re on a carbphobic diet, for which I feel sorry as I’m eating pasta today.

What I like about World Pasta Day is that it’s not only about celebrating the heritage of Italian pasta, but also how countries have adapted it around the world.

This year the International Pasta Organization met last year in Brazil to celebrate, and it brings back such good memories of the Sao Paulo market. It’s one of my favourite markets in the world, mostly because I love caipirinhas.

This year it’s in Dubai, United Arab Emirates. I still haven’t been there yet…

I’m getting off track…back to pasta!

12 Popular Pasta Dishes You Need in Your Life

Also known as poor man’s pasta.  Spaghetti aglio olio is one of the easiest, fastest and cheapest recipes around. This was named by the chef who would make it as a poor cook and still craves it today.

All you need is dry spaghetti, chili flakes and parmesan cheese. It doesn’t get much easier than this 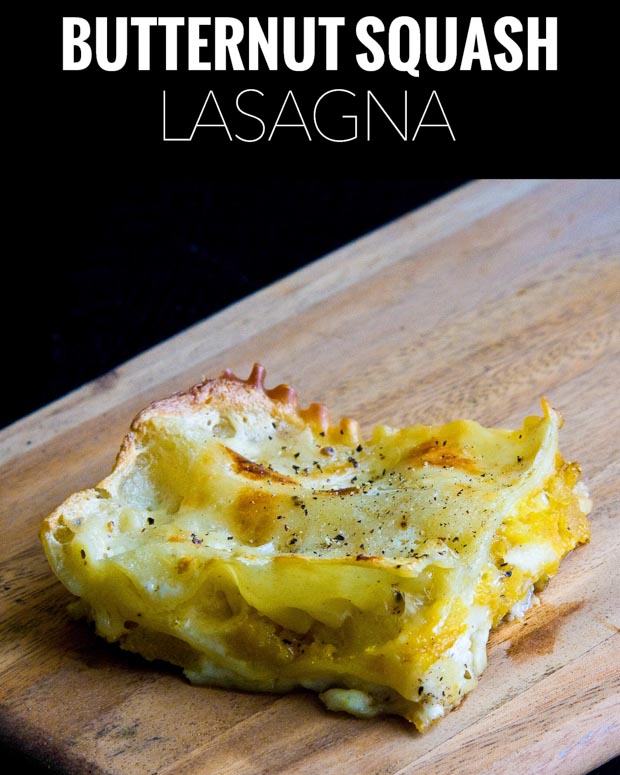 If you’ve only been eating tomato sauce based lasagnas you are missing out! I found this recipe a few years ago on one of my favourite food podcasts KCRW.

This butternut squash lasagna is a great vegetarian recipe but don’t let it fool you into thinking it’s healthy as it’s laden with creamy bechamel sauce. It is one of my most popular pasta dishes. Every time I make it for friends I’m asked for the recipe, which is why I published it here.

Make it now and thank me later.

If you like food history I also share about how this recipe was adapted from a traditional French recipe. A French chef was making it for a Russian count so he added a bit of sour cream for his palate.

Egg noodles were incorporated when the dish came to the United States. In Hong Kong it uses rice. 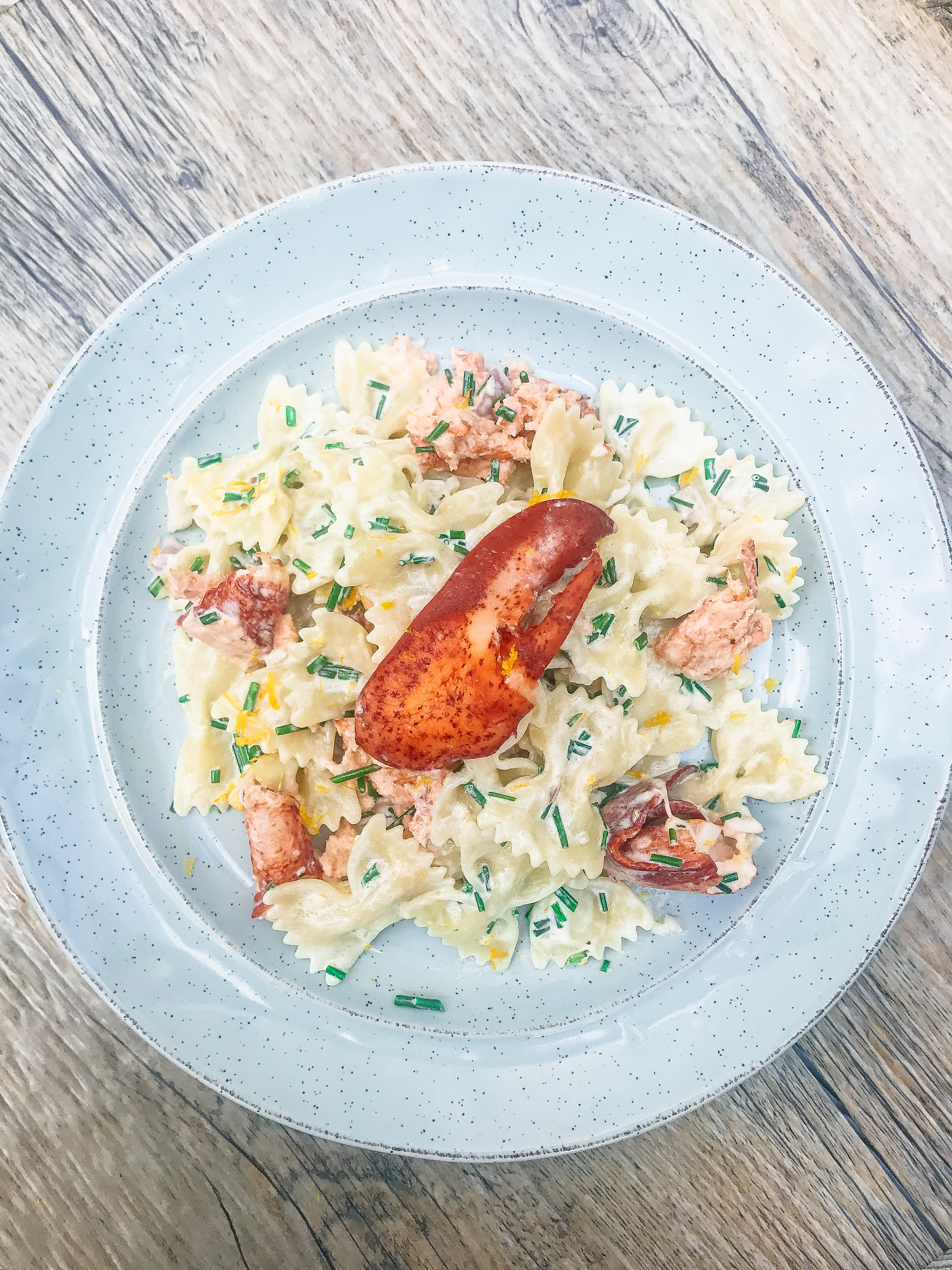 Lobster is my absolute favourite food. Growing up in the Maritimes I was fortunate to have it often at home. I was inspired by the East Coast Lobster Roll to create this lobster pasta salad recipe.

It’s a great way to treat your friends with lobster without breaking the bank.

This rigatoni bolognese recipe is perfect for a busy week as you can make the sauce up to two days in advance and let the flavours meld.

Did you know spaghetti bolognese doesn’t exist in Bologna, or Italy at all? It’s actually an American dish that appeared after World War II. Soldiers had eaten tagliatelle al ragout in Italy and began to request it at home where spaghetti is more common. I love rigatoni and think it works so well with a bolognese sauce.

A classic spicy Italian dish with an even spicier name – puttanesca implies whore.

No one knows how spaghetti puttanesca got its name but its remained a popular pasta dish over the years. I love the saltiness of this pasta, which comes from anchovies, olives and aged parmesan cheese. 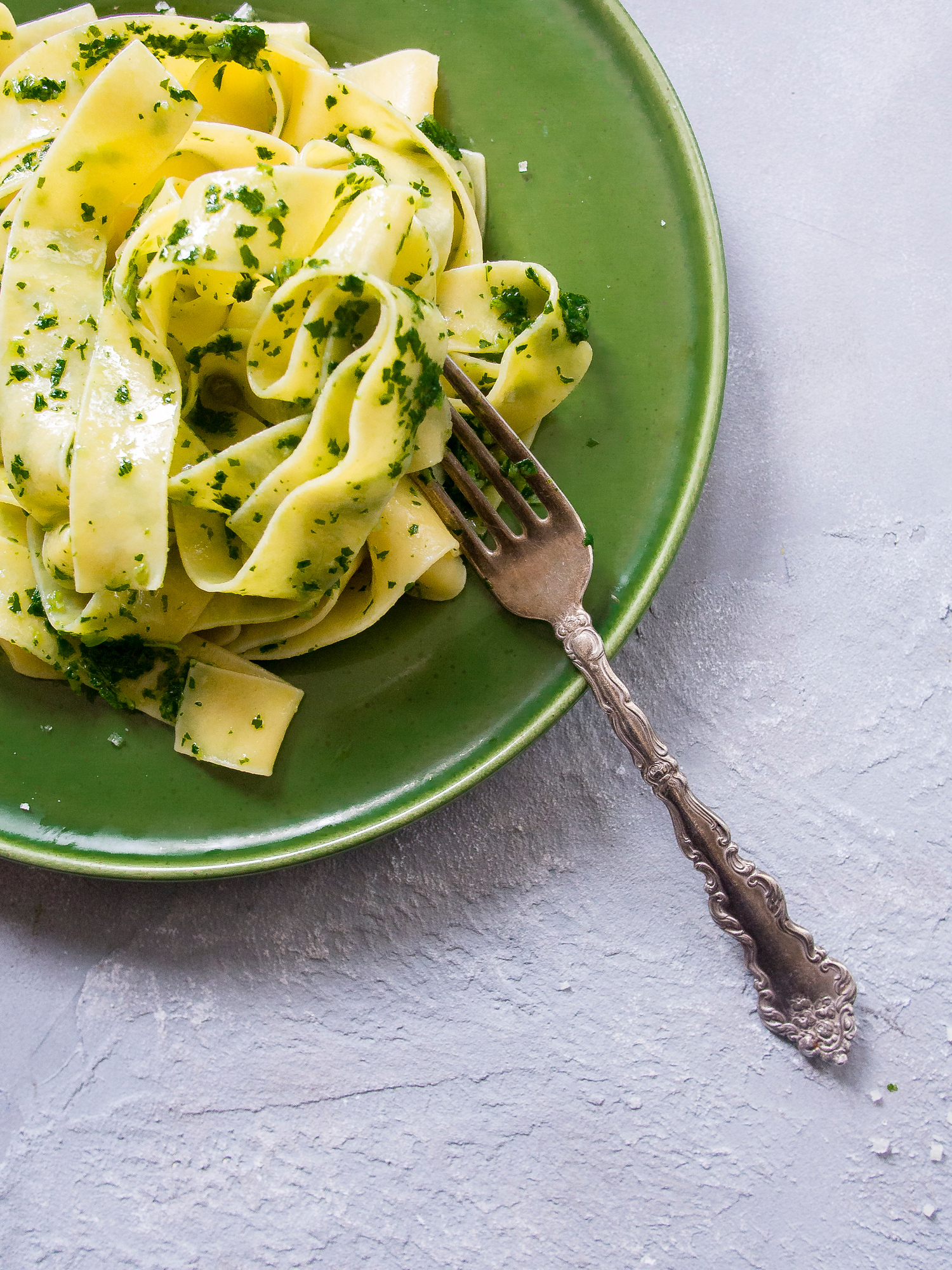 I’m not usually one to post recipes that boast five ingredients or less. But…this pistou pappardelle is a traditional pasta dish with only five ingredients. And would you believe it’s vegan?

I’m not turning my back on pork but this pistou is so tasty you would have no idea there’s no cheese in it. Make a batch of pistou and put it on everything.

This garlic spaghetti recipe is served with basil cream and pancetta. It’s so easy to make but good enough to have friends over.

The secret is in the roasted garlic, it seems so good that people will rave about how good the kitchen smells before they even have a bite. 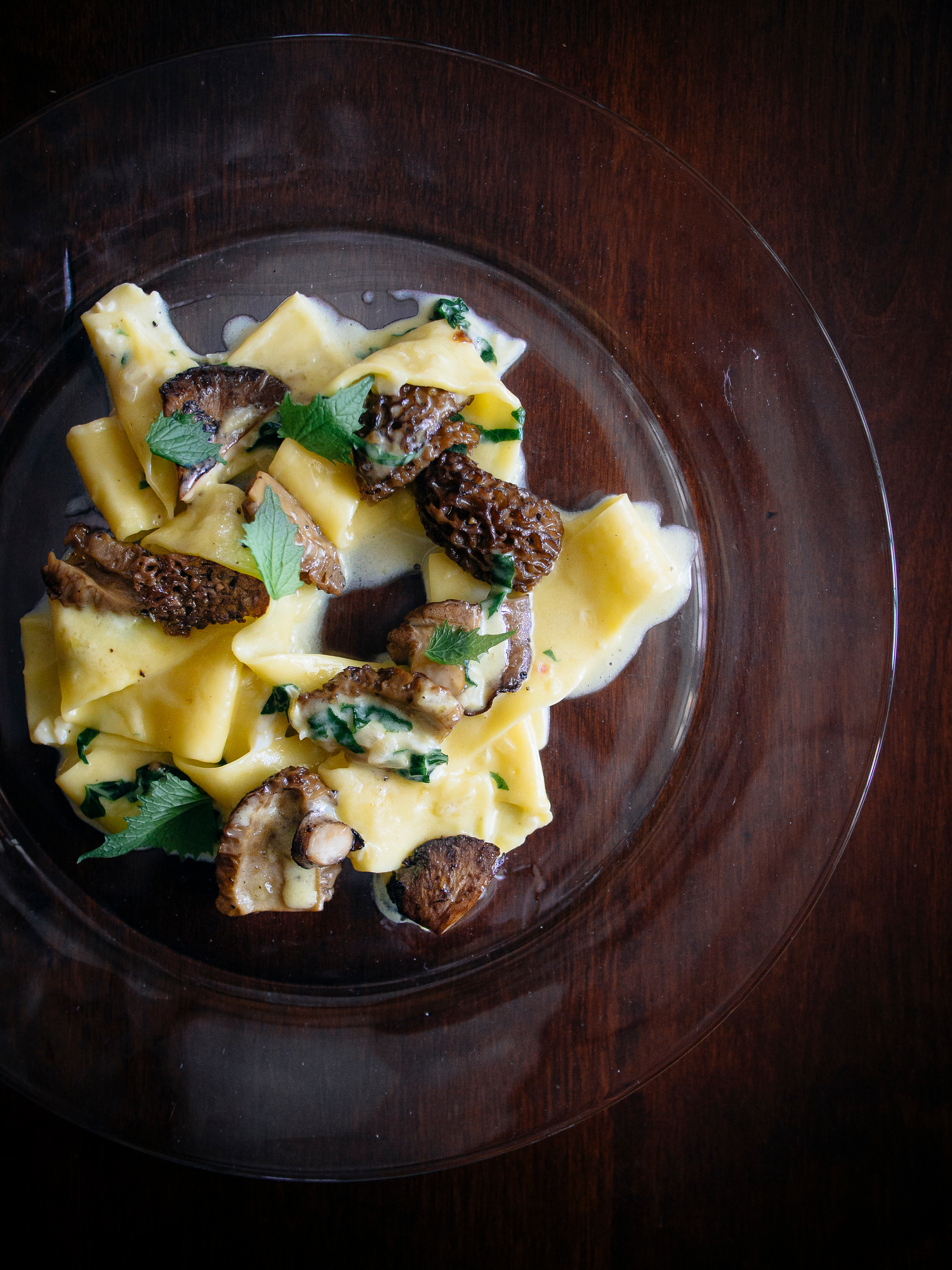 This morel pasta recipe uses fresh pasta and foraged morel mushrooms that are available in Spring. But it would be incredible with fall chanterelle mushrooms, or even the common cremini mushroom.

Not all pasta feels heavy, this asparagus spaghettini is paired with a lemon leek cream and mint. The best part is that you can make this in 15 minutes. 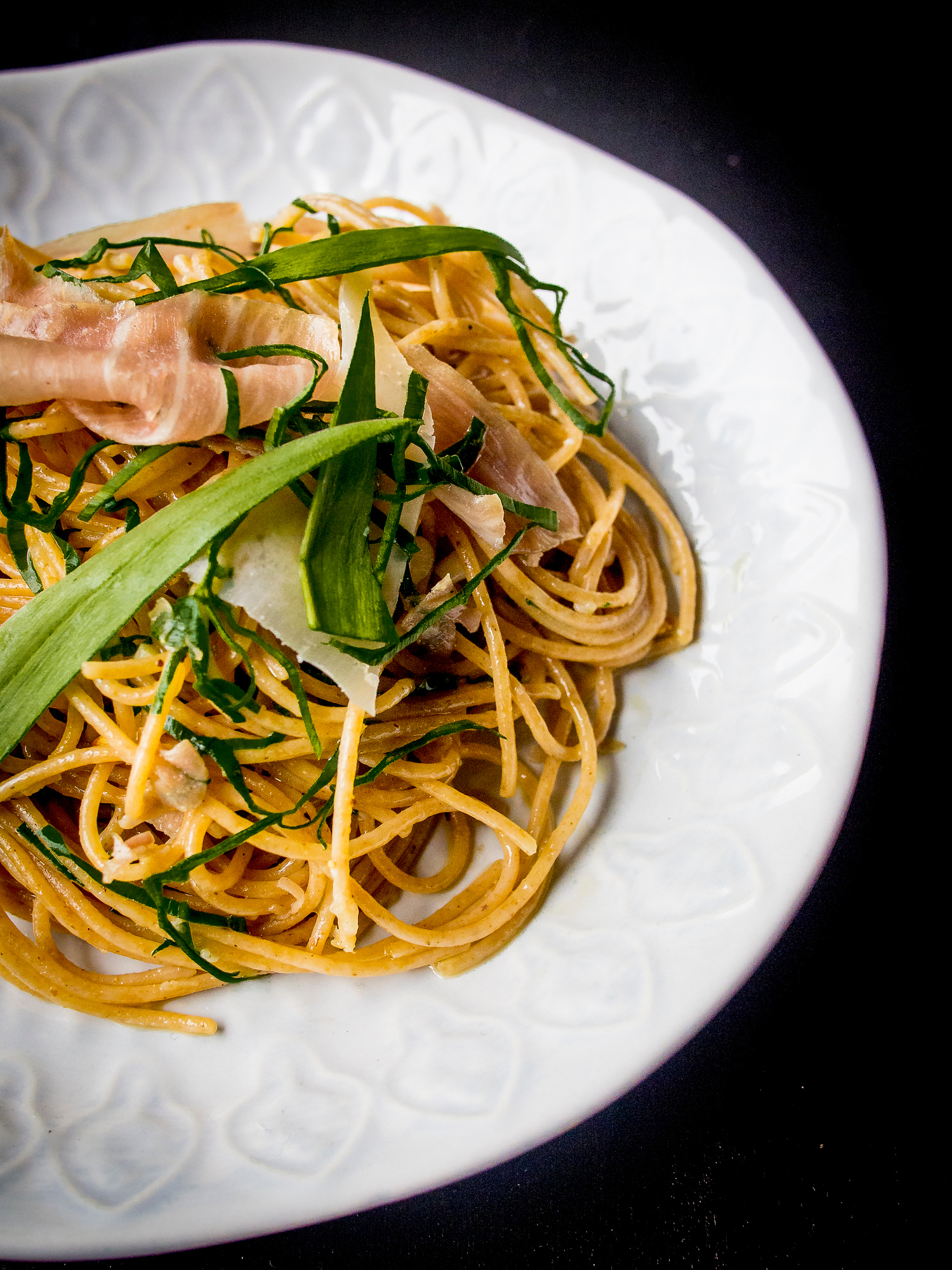 Ramp Pasta with Prosciutto and Parmesan

Foraging for ramps in the Spring is my favourite time of year. This is a great spring recipe but you can also pickle ramps and make this ramp pasta recipe all year round.

No ramps around? Ramps are wild leeks are you can substitute them – just don’t forget the prosciutto!

An easy recipe for Salsa Di Pomodoro Alla Napoletana from La Fenice in Toronto. Some of the best pasta recipes are just the classics with a great tomato sauce and fresh basil makes all the difference.

What will you be eating on World Pasta Day? What’s are your favourite popular pasta dishes?