You’ll love this pickled blueberries recipe. It’s so easy and such a great way to preserve the season. 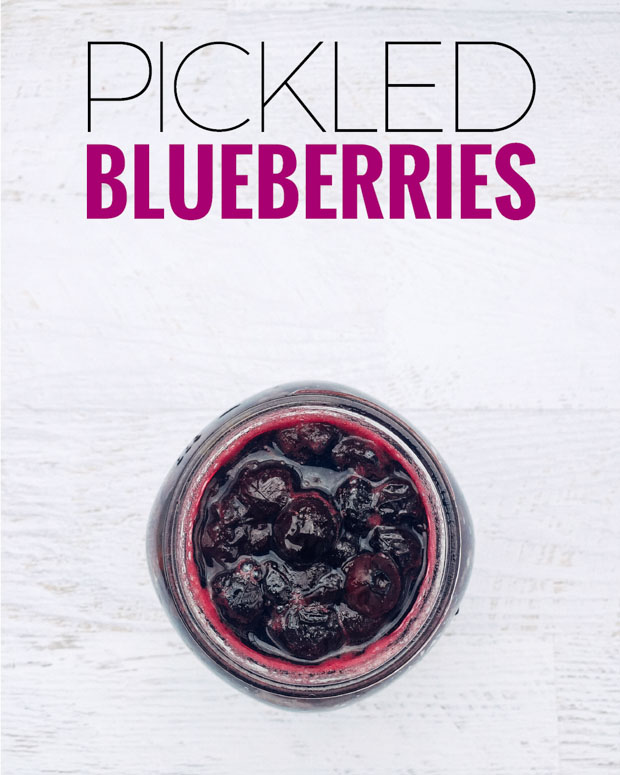 This recipe is a few years old but I loved it so much I wanted to share it again for blueberry season. Although I’m no longer with my ex (who’s in the video) one of the great things I learned from him is that pickles aren’t limited to green beans and cucumbers.

It’s blueberry season so while there are plenty of blueberry recipes for cakes, pies and muffins I wanted to share how to make pickled blueberries.

I just don’t have a sweet tooth and so the idea of making blueberry jam or other preserves isn’t appealing. But what I love about pickled blueberries is that it’s perfect with savoury foods.  It’s amazing with a pork hock terrine, or frankly alongside pork chops.

Instead of tasting like a syrupy jam, pickled blueberries are tart and fresh. I don’t know why more people are pickling fruit as it’s so easy for even a beginner cook.

Check out this pickled blueberries recipe with BC high-bush blueberries.

Blueberries may be one of the world’s healthiest foods, while they are small they are packed with antioxidants: vitamin C, B complex, vitamin E, vitamin A, copper, selenium, zinc and iron.

I grew up eating blueberries in the summer. In Nova Scotia they are cheap and plentiful and it’s one of my favourite times of year, really only second to strawberry season. When Is Blueberry Season?

Late-July through September is blueberry season. You may find blueberries at the supermarket sooner but they are most often from the US shipped in.

We prefer to wait a couple extra weeks for Canadian growers, Ontario doesn’t really produce a lot of blueberries but British Colombia produces the majority in Canada. My home province of Nova Scotia also has incredible blueberries a few weeks after British Colombia.

Growing up I had never had pickled fruit. I love how pickling makes them a bit tart and you can pair them with fish, pork and any cheese plate. It’s one of the most versatile blueberry recipes I’ve seen. I love how it pairs with savory food.

It’s also fun to serve because pickled fruit is unexpected. Pickled fruit is also great in the fall and winter with stews when fresh fruit is so far away. Don’t even bother contemplating buying the tasteless berries shipped from California even though you know they are flavourless.

This pickled blueberry recipe is a quick pickle and will keep in the fridge for a few months. If you want, you can preserve them in a hot water bath to last through the winter months.

How to Use Pickled Blueberries

Pickled blueberries are a great condiment as they are both sweet and tart.

What’s your favourite thing to pickle?

This post was sponsored by BC Blueberries and has been one of our favourite partnerships as I love blueberries!

Pin it For Later: Pickled Blueberries 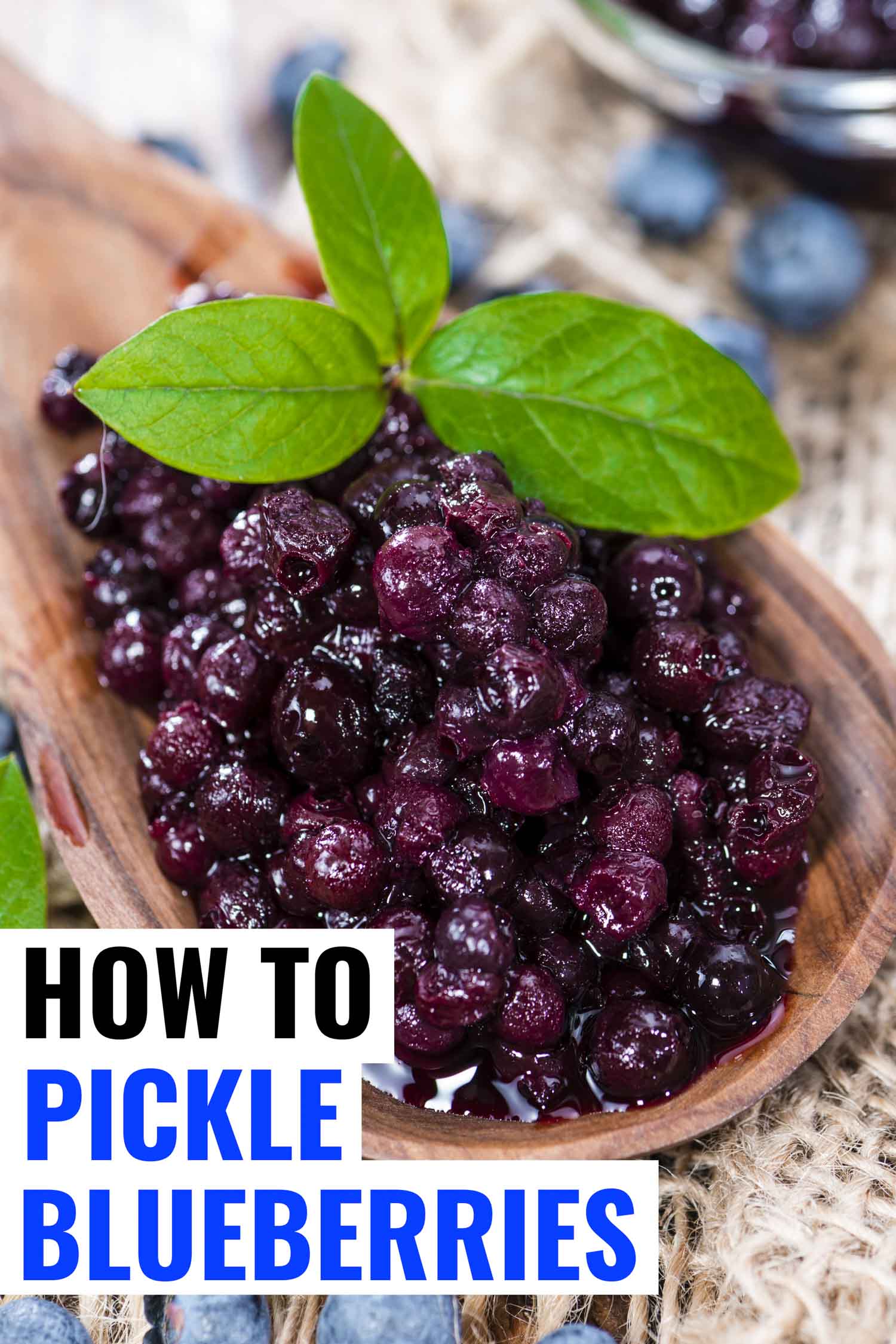 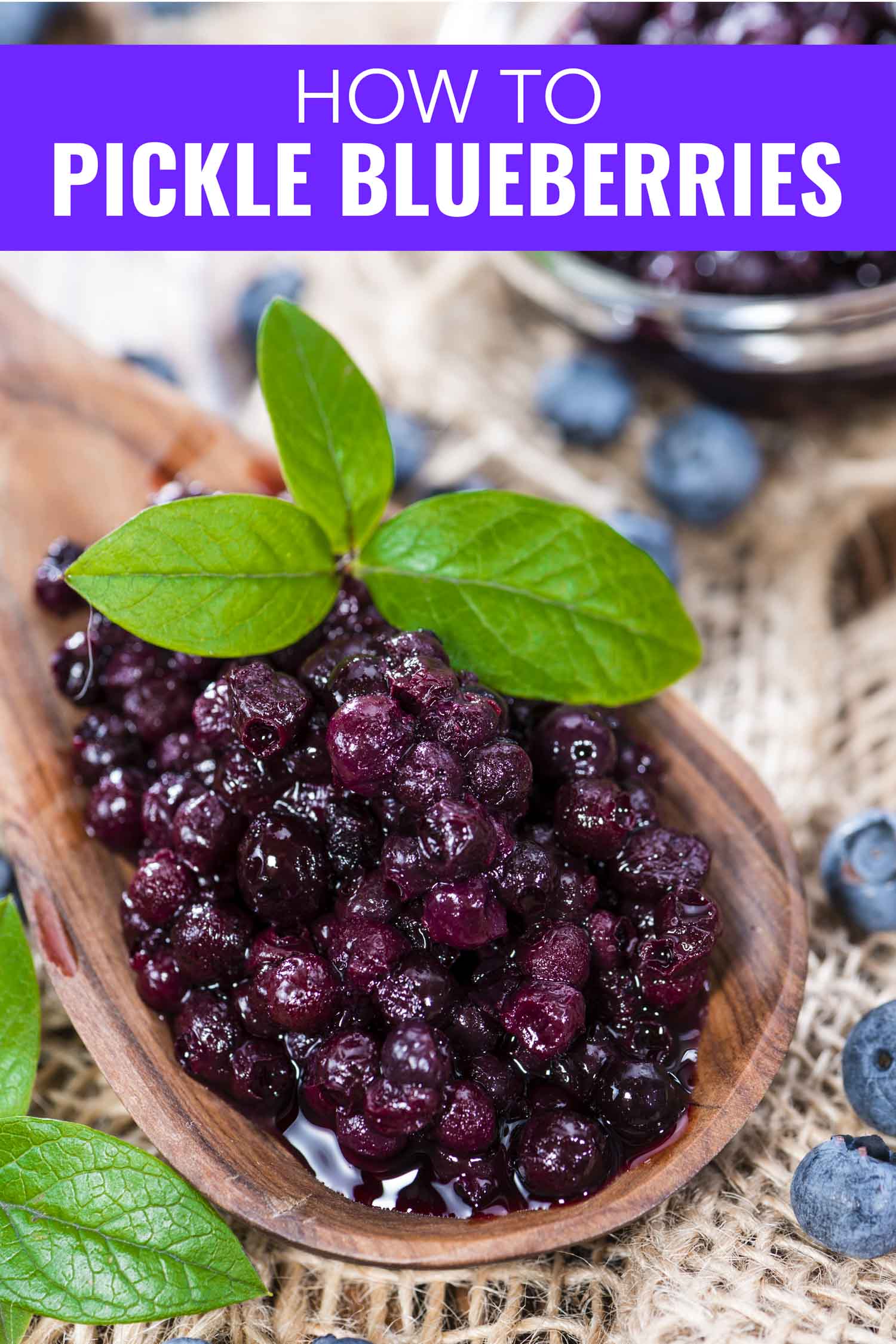