There’s nothing better than surprising people with food. Today to kick off the weekend I surprised staff at Loka with a Panago pizza party in partnership with their #RandomActsOfPizza campaign. 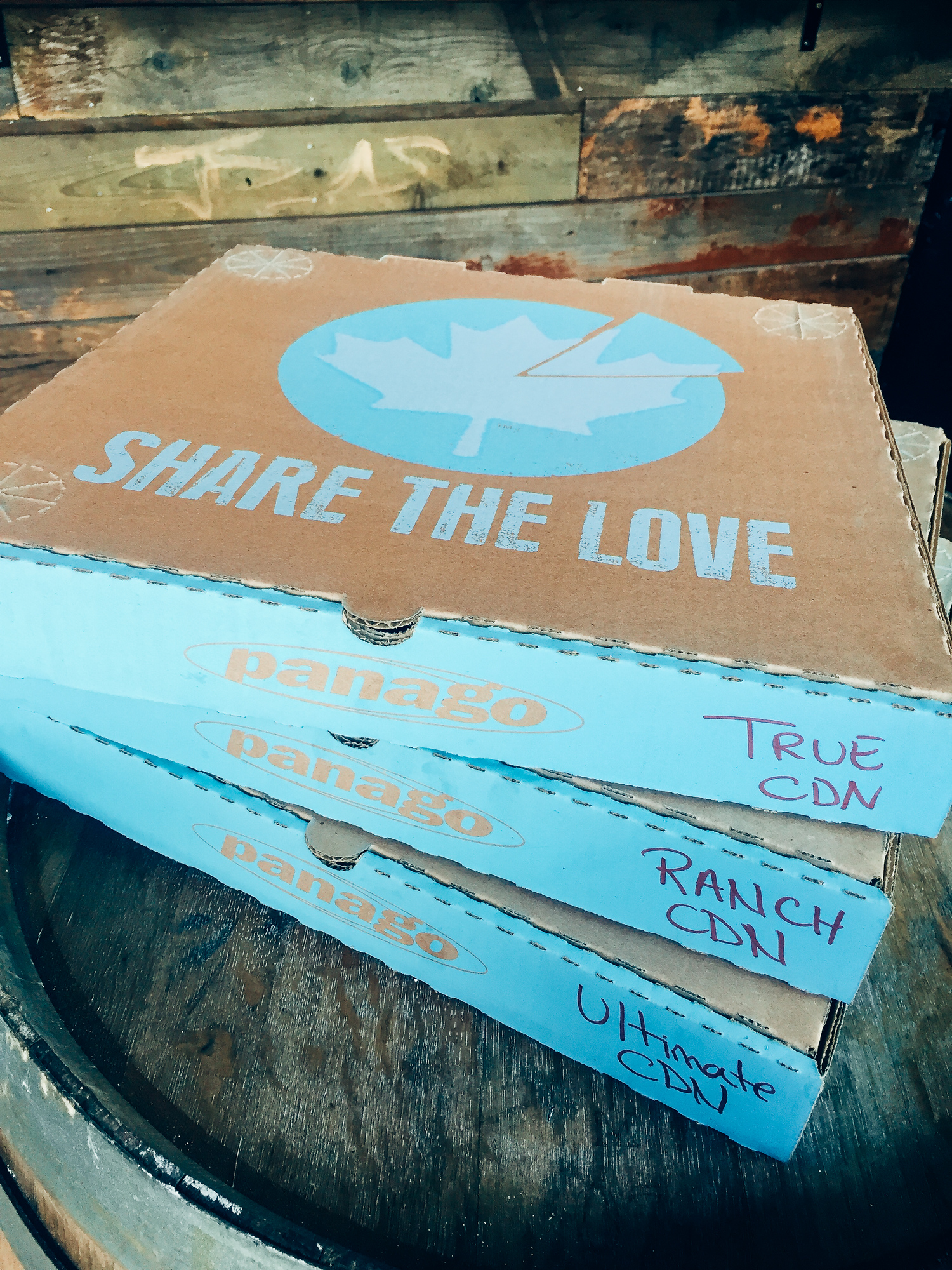 Just in time for summer, Panago’s best seller, the Canadian pizza, is on sale. Panago also launched two new limited-time Ultimate Canadian pizzas, which not only have bacon but also premium Canadian back bacon.

I’m not exactly sure why around the world, the addition of bacon signifies that a pizza is Canadian. Actually not everywhere, in Quebec it’s not Canadian but pizza québécoise but that’s not really so surprising. A Canadian also invented Hawaiian pizza, which is pretty impressive as pizza didn’t appear in Canada until the 1950s.

Like many other places in the world, pizza has quickly become one of the most common foods in Canada and is one of Dave’s favourites so he was the most excited with the surprise.

This takes Canadian pizza up a notch with amazing Canadian back bacon, also known as Canadian bacon, along with pepperoni, bacon, sauteed mushrooms, mozzarella and cheddar.

I’ve always found Canadian pizzas to have too much meat but it wasn’t too salty and didn’t feel overwhelmed with meat.

Jalapeno ranch as a base with Canadian back bacon, pepperoni, bacon, sauteed mushrooms, mozzarella and cheddar. At first it sounded strange but actually makes a lot of sense, as ranch dressing is a great dipping sauce so this just takes the work out of dipping.

To celebrate Panago has been sharing other #RandomActsOfPizza, surprising community groups, volunteers and lucky people on social media with free pizza. And for all the non-eating bacon Canadians there is a vegan deluxe pepperoni pizza – actually they have an entire line of vegan pizzas…but I don’t think we’ll be ordering that one any time soon.

Disclosure: This was a paid partnership with Panago but the look of joy on everyone’s faces was completely sincere. Life lesson – you make friends with pizza parties.