The Argentinean asado is not just a barbecue. It is the nucleus of passion and everything important to Argentineans.

On weekends in Argentina, spending time with family and friends begins Sunday morning and lasts well into the evening.

Argentineans gather in backyards, parks, country houses or anywhere they can host an open fire pit. It is the most important event in the weekend and no weekend is truly complete without it.

Perhaps it’s why I found food in Argentina underwhelming. The best food isn’t in a restaurant but at home with family and friends. The asado is an art and Argentineans know how to do it well.

MAKE IT AT HOME: Chimichurri Recipe

Argentina is known for its beef, while you can find great steakhouses in Buenos Aires, the truly best steak in the city will be with a local Porteño.

So grab your Argentina travel guide and start brushing up on your lunfardo (Argentinean slang) to make friends quickly and get invited to the weekend asado, it is guaranteed to be one of the highlights of Buenos Aires.

Even if you don’t have a ticket to Buenos Aires in your future, there’s no reason not to borrow the passion from Argentina. Skip the boring burger and hot dogs and host an Argentinean asado.

What is an Asado

At its most basic an asado is a barbecue cooked over an open fire grill, called a parrilla. Authentically you need a brick parrilla or a grate over a wood fire.

It’s not tough to build, although if you live in the city like us you may have to settle for a regular barbecue.

If you have the space to build a parilla designate someone to be the asador as one person is responsible for grilling the meat and this is a real commitment.

The asado begins early in the day because the meat isn’t cooked over direct flame, but over hot embers. 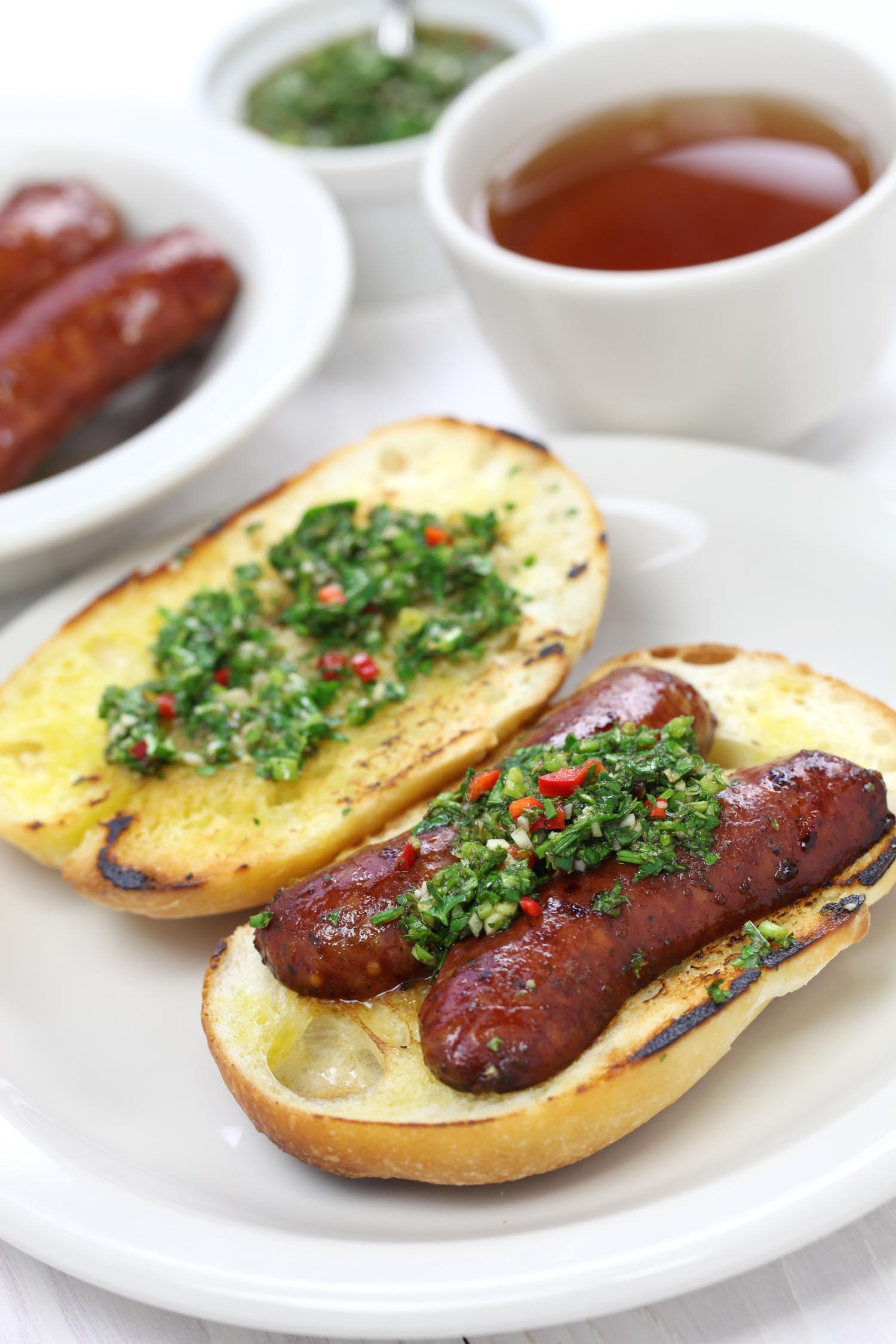 What to Cook at an Argentinean Asado

Building a great fire to cook meat takes time. But that doesn’t mean you stand around and wait all day for the food. In fact there are several courses of things to eat before you actually eat:

Picadas are snacks that begin the day, a simple meat and cheese board that may also include pickles or bread.

Once the fire gets going it’s time for some food that can be quickly grilled while working on bigger pieces of meat:

Parillada Mixta – the Star of the Show

This is a mixed grill, the meat isn’t marinated or prepared beforehand other than seasoned before it goes on the grill. At an Argentinean asado there are many cuts of meat:

Side Dishes at an Argentinean Asado

Sides are simple with baguettes and buns chimichurri (check out our 60 second chimichurri recipe with video) and the simplest green salad of lettuce and tomato tossed with oil and salt.

You can find grilled tomatoes, onions, and eggplant. Smashed potatoes are a great accompaniment and Argentines love cutting a red pepper in half and cooking an egg in it. 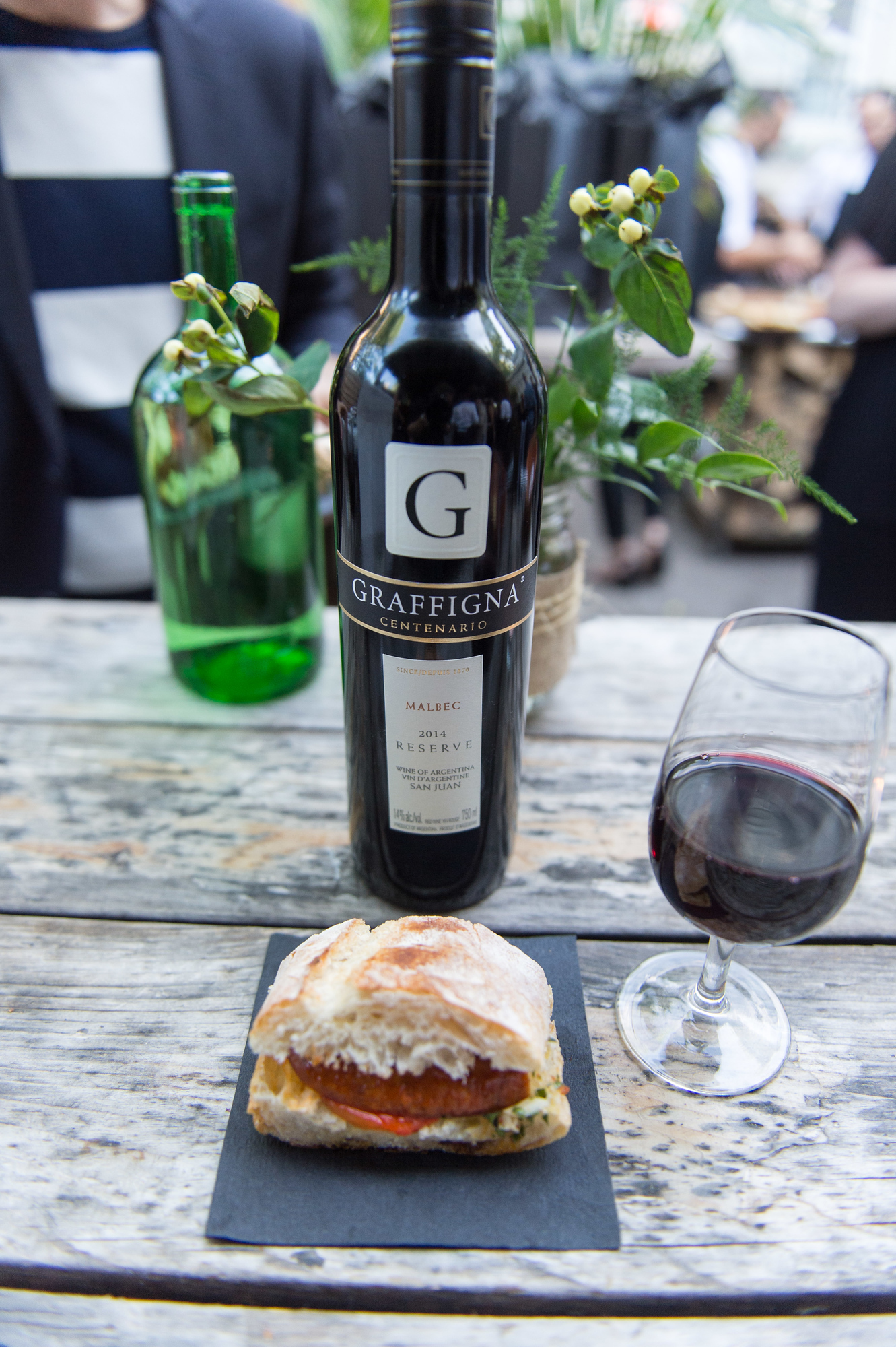 What to Drink at an Argentinean Asado

There are three drinks you’ll always find at an asado:

While Malbec is originally from France, nearly 70% of the vineyards that produce Malbec are in Argentina and the region made Malbec popular.

Graffigna is a premium winemaker from Argentina with over 145 years of winemaking.

It pairs well with the smokey and fat of great beef at an asado but it’s also fantastic with lamb, poultry and spicy food.

Steak, red wine and the passion of Argentines, you can’t beat an asado.

Is there anything we missed that belongs in an argentinean asado please let us know in the comments below.