Traveling through Peru I didn’t think much about vegetarian peruvian food options.

At the time I was writing about awesome peruvian fish soup, traditional peruvian ceviche and if Peruvian fast food chain Bembos was better than McDonalds.

I wish I had better documented eating in Peru, I took the diversity and culture of Peruvian food for granted.

ALSO READ:
21 Most Exotic Fruits Around the World

It’s been a couple years since I was last in South America but I get a lot of questions about vegetarian food in Peru.

I wanted to created a resource for all my vegetarian friends.

Remember that meat is often a luxury so many communities survive on vegetables and splurge occasionally on meat.

I’ve included both dishes that include eggs as I met many vegetarians on the road who decided to eat eggs while traveling.

As well in some cases I’ve indicated where you can ask for a vegetarian version of a meat dish.

Most commonly found in the coastal region of the country, causa is made with layers of Peruvian yellow potatoes alternated with different fillings.

It is possible to order vegetarian options can include salad vegetables, cheese and yams among others.

One of my favourites, rocoto relleno originated in Spain but it’s now typical in Arequipa.

This dish has many vegetarian varieties and those with stuffings made with meat.

These peppers are usually stuffed with boiled eggs and cheese, while red onions and garlic are also common ingredients in the vegetarian versions.

The lucuma is a fruit that generally grows in the higher altitude areas of Peru.

And while the dry flesh isn’t great by itself, when it is used for tarts, ice cream and smoothies it really does make for tasty local treats.

In some cases lucuma is raw and vegan like the dish above.

There are more than 4,000 types of potatoes in Peru, which means many potato dishes for both vegetarians and meat eaters.

Originating in the area of Huancayo, this dish is usually served as a starter.

It is made with boiled yellow potatoes that are served on lettuce leaves with olives, corn and boiled eggs.

It is smothered in a creamy and spicy cheese sauce.

This potato salad is a very simple dish that is made by mashing potatoes, rocoto peppers and tomatoes together.

It is said to have been invented by the clerks and scribes of Arequipa who crushed these together as they enjoyed a post work drink.

You can’t escape potatoes as it’s a key ingredient in many Peruvian food.

This potato based dish is commonly served as a starter, and can be found throughout the country.

The boiled potatoes are smothered in a peanut sauce, and then often served with a salad, and fried cheese. Lima butter bean salad is made with lima beans, onions and tomatoes.

It is served with a fresh citrus dressing made of olive oil, vinegar and lime for a lovely summery taste.

When ordering just make sure no fish are in the dish as it’s sometimes an option.

Originating in the city of Arequipa in the south of the country, this salad makes good use of the choclo corn that is so popular in the region.

It is combined with tomatoes, olives and salad greens.

There are also versions also served with rocoto chili peppers and chunks of fresh salty cheese.

Found across the country, empanadas have several vegetarian versions to counterweight those that include meat.

Vegetarian fillings for these tasty pastry pockets usually include eggs, cheese and plantains.

This is a dish that is often found in the jungle areas of the country, and was named in honour of John the Baptist.

It  is made by combining eggs, olives and rice, which are wrapped with spices before being cooked slowly.

There are many versions that include meat, so check before digging in.

Locro is a traditional stew that is found throughout the Andean regions of South America.

This version replaces meat with butternut squash, which is stewed with corn, potatoes, onion and garlic.

It is then finished with herbs, red pepper sauce and cream.

This rice based dish is often a side to meat dishes, but can also be eaten by itself.

The rice is cooked with olives, onion and evaporated milk, with plenty of garlic, salt and pepper to add flavour.

A tasty artichoke based dish has a similar texture to a quiche without the crust.

It is made with eggs, breadcrumbs and plenty of cheese, before being baked until it sets.

It is served in slices. As with many other dishes, there are versions that include meat as well.

This popular breakfast foods is one of the best ways to start the day in Peru.

It is made simply with fried eggs on top of a slice of fried bread, which is then finished with onions and chili pepper used to garnish.

A cilantro flavoured soup has plenty of vegetables to provide a sustaining meal.

It includes potatoes, fresh beans and onion, along with cheese and eggs.

It is usually served as an appetizer in most places.

This stew is one that is commonly served during festivals in Peru.

And while most are made with beef and pork, the vegetarian version is made with corn, peas, carrots and potatoes, along with more exotic ingredients such as peaches which add to the flavour.

Peruvian food has seen many influences over the years, and this soup includes the Chinese cabbage pak choi, along with eggs, potatoes and garlic.

It is then served with cubes of cheese to finish the presentation.

This vegetable soup is one of the common vegetarian food in Peru.

It can be made with a variety of carrots, potatoes, onions, broccoli, cabbage and celery.

Although watch out for those that have chicken or dried meat added at the end of the cooking process.

This soup is one that makes good use of the legume that grows in the Andes region of the country.

The tarwi contains high levels of protein, meaning that this hearty and creamy soup which is also very sustaining if you are traveling in the region.

Most often served in the Amazon region of the country, this stew is prepared with local varieties of beans and corn.

It is topped with coriander to finish the dish.

Often known by its nickname, the custard apple, this fruit can be bought at markets throughout the country.

Once cut open and de-seeded, it makes for a wonderful snack, with plenty of vitamins and minerals too. 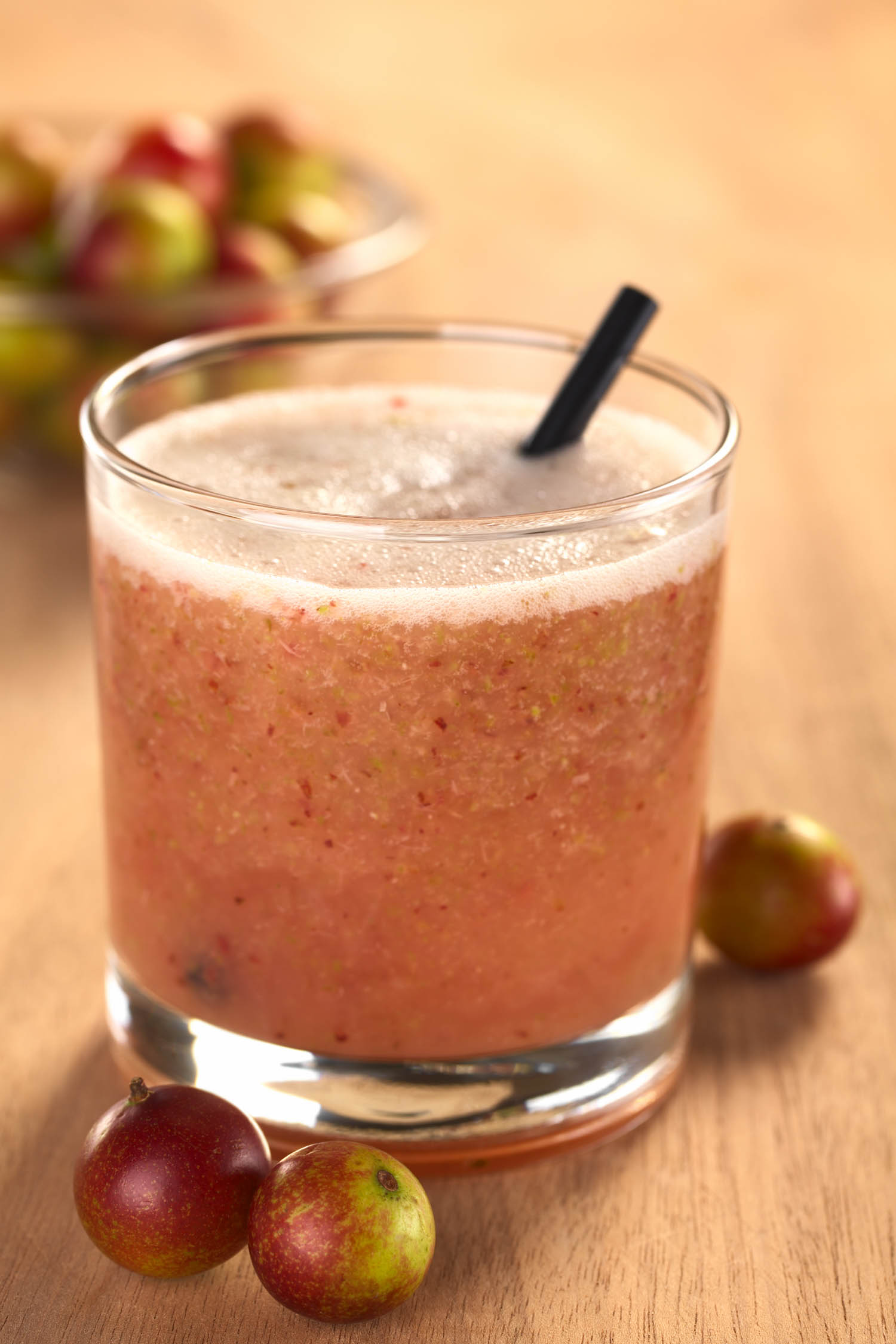 This fruit is most commonly found in the Amazon region of the country, where it is harvested from bushes that grow along the river.

In the rest of Peru this is often used to make smoothies and desserts, although it is increasingly being dried and exported due to its high vitamin C content.

Have I missed any? Let me know your favourite Peruvian food in the comments below!

Pin it for Later: Peruvian Food that is Vegetarian