My thoughts on the best hostels in Colombia may not be the same as what others feel.

Although so many people have misperceptions about the country, few know the real facts about Colombia.

I don’t look for a place to party or score cheap drugs. I’ve seen the good, bad and ugly and have never felt the need to share other than a very early post to reassure loved ones that hostels are a great place to stay.

PLANNING A TRIP TO COLOMBIA?

But in Colombia I stayed in 3 memorable hostels that don’t receive much attention as they aren’t party hostels and I wanted to share them for those that may traveling to Colombia.

I’ve been telling all the travelers I meet and finally I just decided if I felt so strongly about it I should write a post.

Tostaky’s was part of the reason I stayed so long in Cali. Vinz, the owner, is from France and runs a very clean hostel.

There are only about 15 beds total, 4 in a dorm and the rest in rooms for really low prices. I moved to a private room after being in the dorm for a week and really loved it there.

Bonus points:
– Vinz has a fantastic music selection
– Locals often drop by and will often take you out with them dancing if you want to learn to salsa
– Two kitchens are in the hostel and both are fully equipped, I was in heaven 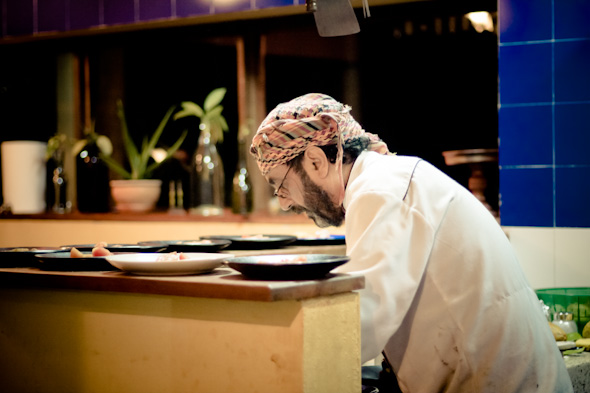 While everyone stays at Plantation House, La Serrana has been noticed because a visiting chef was creating 10 course meals. It was an amazing opportunity to try fantastic Colombian food.

Although Chef Joseph has moved onto the coast I still recommend this hostel.

About a ten minute walk out of town on a farm and reminds me of a large farmhouse and is so comforting that I spent one afternoon just curled up on the couch reading.

Although it’s a bit chilly, I had no problem getting another blanket.

Bonus points:
– Awe-inspiring views of the country-side
– Real furniture, they don’t cheap out on big comfortable furniture that begs you to laze around all day

Luis, the hostel owner, is actually the reason I decided to write this post as his hostel is not full and it really should be.

I found Casa Bella Vista while walking through the Canderlaria.

It’s only been open for 3 months and as I was reading the hostel sign Luis invited me in for a tour and offered a desperately needed map of the city. He was so nice to share the best things to do in Colombia.

There was no hard sell, he just showed me around and the next day I moved in.With two small dorm rooms it’s perfect for people who want to chill out.

Bonus points:
– In the heart of the Candelaria
– Police are generally stationed only a few feet outside its doors.
– If you’re looking for somewhere good but cheap to eat, Luis has great recommendations

NOTE: Since I visited I heard the hostel turned into a party place so it may be a good idea to check TripAdvisor reviews before booking.

Pin it For Later: Hostels in Colombia