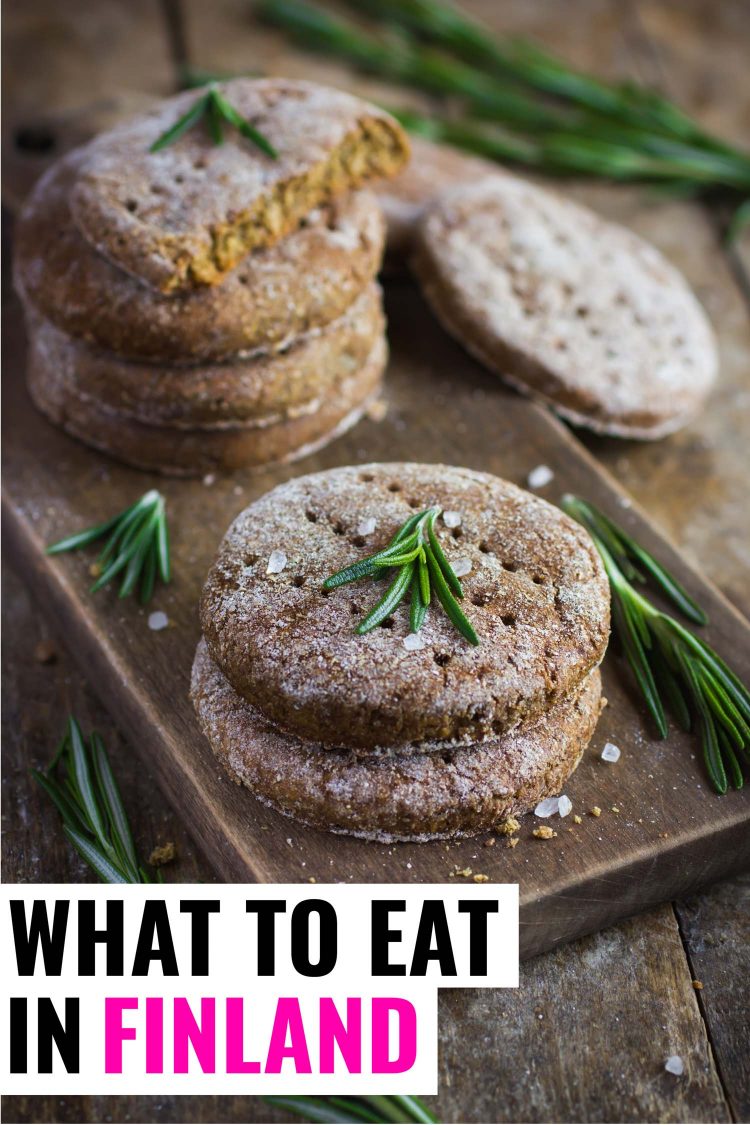 Of all the places I have visited, the food of Finland was the biggest surprise. I really had no idea what to expect and was a bit worried I would not like Finnish food.

There are some amazing traditional dishes in Finland and others I could take or leave. But here are the most memorable.

Beginning with the Helsinki Market – you definitely need to stop here. My first dinner in Helsinki at Savotta, it is a restaurant for tourists but there is a reason it is so popular. The food is really good and the servers are so much fun.

The dishes on the menu are traditional and it is a good place to get your footing with food of Finland.

Surprisingly the first time someone offered me a shot of vodka was in Porvoo. Finland has an interesting take on shots, in Tampere I had a shot of vodka that was infused with Fishermans Friend. This may be my new shot when I am sick. Most of the salmon is from neighbouring Norway but you can find smoked salmon everywhere, including the market where it is prepared many different ways. My favourite was with Martin Tillman, Peter’s supplier outside Porvoo. Also known as garlic, it is fantastic. Finns LOVE soup, they have entire restaurants dedicated to it. I had the garlic soup both at Näsinneula and at the Helsinki Market. I must learn to make it at home. 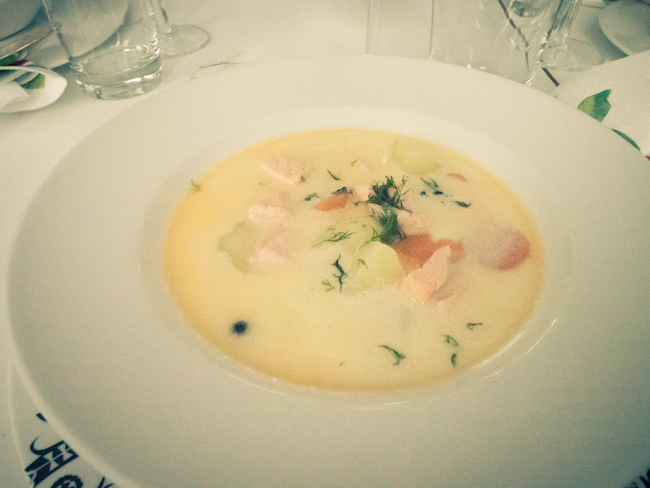 Salmon soup with cream, I had this at Kaisa’s house in Porvoo. It was really nice to eat in someone’s home for a change.

If you’re in Helsinki don’t forget to check out the market to eat with the locals.

How many times have I said I don’t like dessert? I didn’t go to Lapland but I did the next best thing, I went to Saaga Restaurant in Helsinki that serves traditional food from Lapland. This fried cheese dessert was incredible.

I ate reindeer nearly every day in Finland, it tastes like really great venison and the interesting thing about reindeer is that none are truly wild, they are all owned by someone and yet they let them all wander wild in the North.

It is fascinating and I am hoping to come back to Finland to learn a bit more about it. This dish was at Saaga as well where I had dried, cured and smoked reindeer. Also known as black sausage or blood sausage, it is most famous in Tampere. I knew I would like this, I have eaten it a few times in other countries, including Argentina,  but I like that in Finland they add something sweet to it, you need the lingonberries to balance it out. One of the things I was most impressed with in Finland is that there is still a sense of seasonal food. Many dishes you can only get on specific days or seasons.

Here at Restaurant Lasipalatsi I had a blini, which is typically from neighbouring Russia. I was told this circular dish is served in the winter when the days are dark and they need a bit of sun to brighten their day. Now that I have eaten this once I probably would not order it again as it is so heavy. After my Finnish sauna, I asked Anna to take me somewhere local in Kallio so we went to Cella.

A typical food of Finland, it is a salty minced meat dish and definitely needs a beer. I actually drank far more beer than vodka in Finland.

I also went to a number if microbreweries: Suomenlinna at the Sea Fortress on Helsinki, Plevna in Tampere and Malmgard outside Porvoo.

Visiting breweries has become one of my favourite things to do in cities even though I know zero about beer. Although I am not crazy about sweets this was okay and I am happy I had it on the food tour as it is traditional and very popular.

Salty licorice, it is ammonium chloride flavoured candy and you can find this flavour everywhere.

On the way to go from sauna to frozen lake Ville picked some up. We put the liquorice in the vodka bottle and shook it up. You can also buy it pre-mixed. Oh how I love the bread in Finland. I heard it was different in Sweden which is a bit more sweet, here there is no sugar just delicious rye.

I am definitely looking for more of this when I return to Toronto.

A berry very high in vitamin C, I saw this used in everything from cocktails, to vinegars and Peter uses it in his food at Bistro Sinne.

A bit tart but definitely worth trying.

I love fish so it was great to have at breakfast but it is not for everyone. I heard the best way to have it is in the summer with new potatoes.

Pin it For Later: Finnish Food 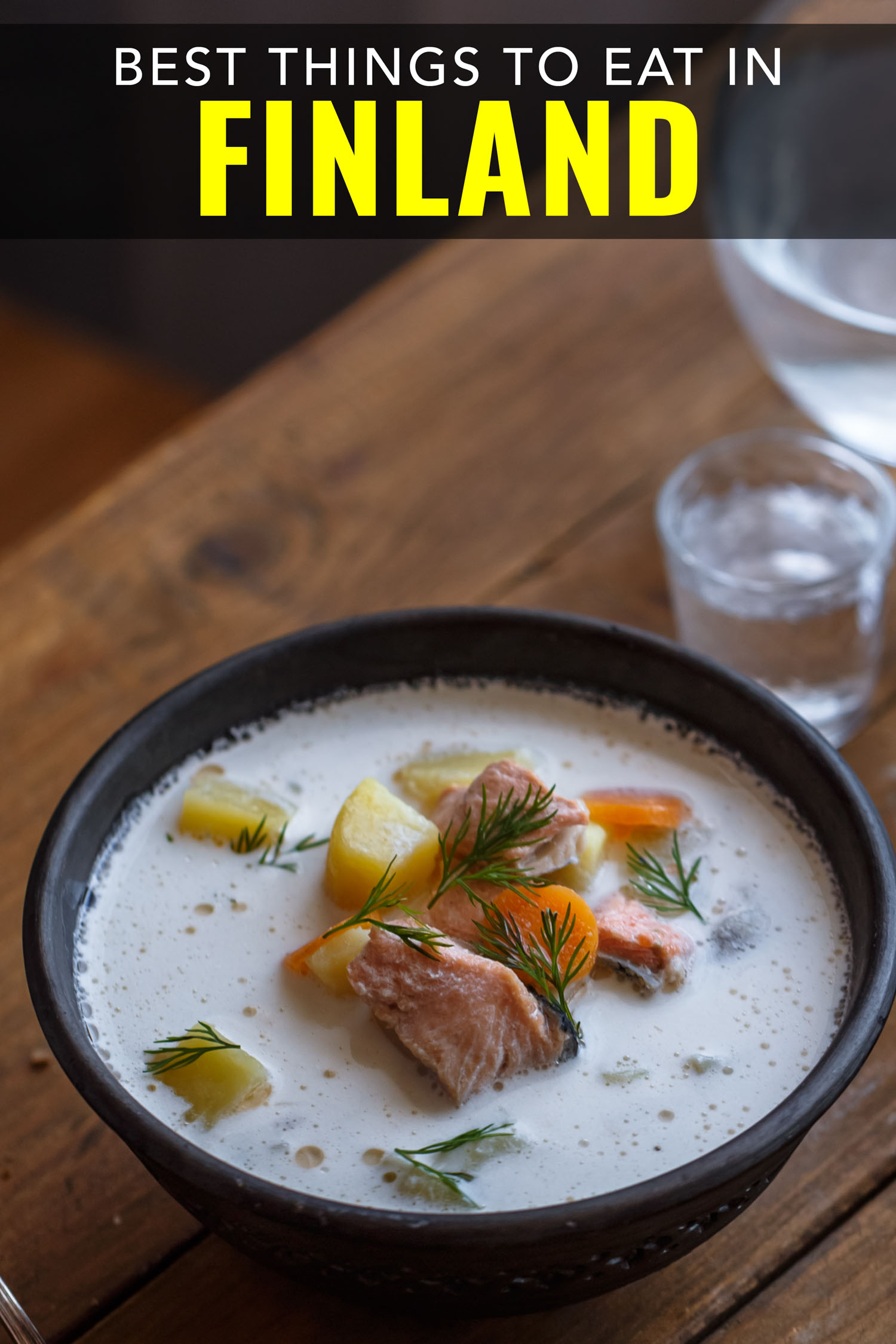 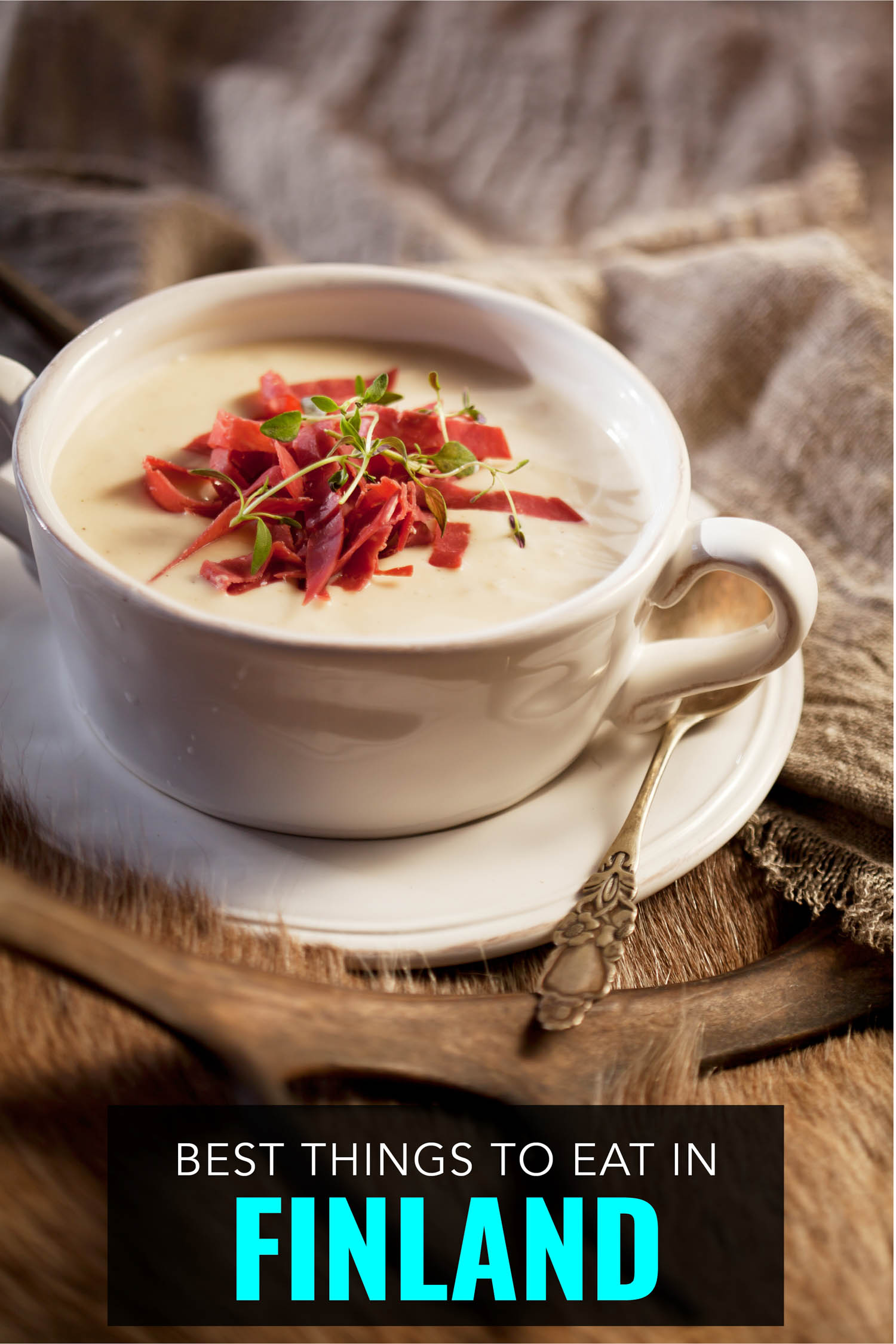 Disclosure: This post about the food of Finland was a result of me being a guest of the Finnish Tourist Board as part of a Navigate Media Group project. They did not request that I write a favourable review or eat enough reindeer for a year. 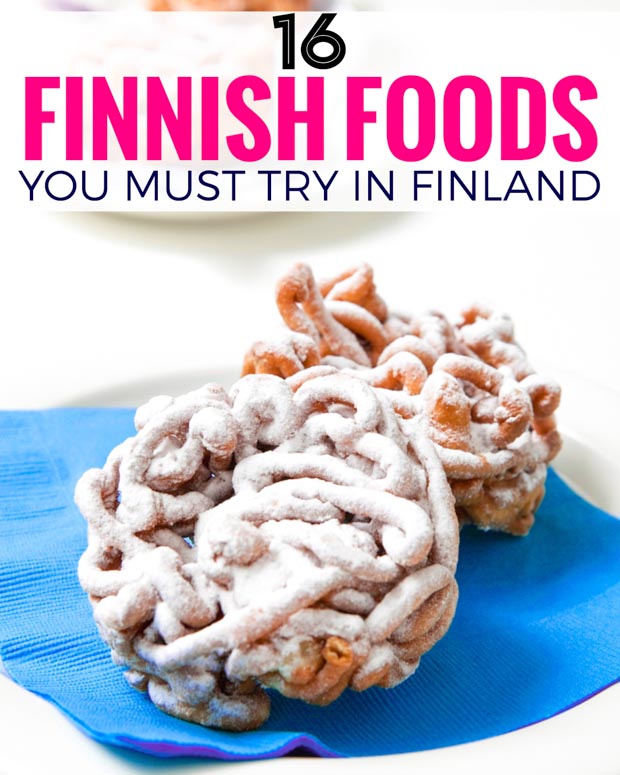 « The Helsinki Market
The Saddest Meal I Have Ever Eaten »