If you’re wondering whether you should take a Paris walking tour or explore independently read this great story about why the right tour makes a difference.

It was my first trip to Paris and I only had 3 days, so I knew I would have to cram a lot into that short amount of time.

While I know I will need to return to Paris to really explore the heart of the city and its people, my 4 hour Best of Paris Walking Tour gave me an excellent start.

Thanks to Walks for inviting me.

What the Paris Walking Tour Includes

There are quite a few tours to choose from in Paris alone, but I went on The Best of Paris Walking tour with Notre Dame, The Louvre & Seine River Cruise.

The tour used to include the interior of Notre Dame but due to the devastating fire in April 2019, no one is allowed inside at the moment.

However, the guide still walks you around to get several different angles of the famous cathedral and even gave us some popular rumors about how the fire started.

Word on the street is that some workers might have been smoking on the roof. The French really do love their cigarettes!

Fun fact though, the bees on the roof survived and they are still making honey, which the church sells.

Don’t be put off by the fact that many of these sites will only be viewed from the outside. You’ll have time to take photos and learn quite a bit about each site.

My guide, Daniel, also provided tips on how to view the inside at the best times and for the cheapest prices for anyone who wanted to go back.

The tour meets at Fontaine Saint Michel. I think it deserves a spot on the list of sites because it’s gorgeous.

Daniel explained that it’s a common spot to express political opinions since the fountain displays Saint Michael casting out the devil.

Locals will often put shirts supporting political candidates on Saint Michael and/or the opposing candidate’s t-shirt on the devil. The government is always quick to remove things, with one exception.

In 1998, France beat Brazil in the Football World Cup. A fan climbed the statue, ripped off his own France jersey and put it on Saint Michael.

Then, a poor Brazil fan was “persuaded” to give up his Brazilian jersey and it was placed on the devil. The jerseys remained there for about a week!

Do You Learn Anything on This Tour in Paris You Couldn’t Get From Wikipedia?

I admit that I tend to avoid group tours. I get bored listening to a guide recite information that was clearly scripted and memorized.

So I shouldn’t have to suffer through the herd-style walking with other tourists if all the information is listed in the first 2 paragraphs of a Wikipedia article.

But I found my guide, Daniel, to be incredibly informative and interesting. He was really prepared for follow up questions and seemed genuinely interested in finding any answers he didn’t know off the top of his head.

More than once, he pulled out his phone and looked things up when a question stumped him. I even saw him taking notes so that he could mention it on his next tour, so I imagine his tours will only get better with time.

READ MORE: How to Spend 24 Hours in Paris

For example, when we stopped at the Shakespeare and Company bookstore, he told us all about the Tumbleweeds. Ever since the English language bookstore began, it has offered free temporary housing to writers, artists, and intellectuals.

The transient writers earned the nickname “tumbleweeds” because they roll in and out of town.

In exchange for free lodging, the tumbleweeds were required to work some hours as cashiers in the bookshop, write a single-page autobiography for the bookstore’s archives, and also read a book a day.

To date, the bookstore has housed over 30,000 tumbleweeds and the shelves are full of their autobiographies.

Daniel told us that he recently went into the store to confirm with the owner that the tumbleweed program is still available. And it is!

He said he often had people on his tour who doubted it.

So he wanted to be able to tell the tour attendees that he had personally spoken with the owner about it. I really appreciated that he put in the extra effort.

Highlights of My Walking Tour in Paris

I loved walking around the Latin Quarter. It’s one of the few areas of the city that still have some of the old narrow streets.

Originally, buildings came right up to the edge of streets with absolutely no sidewalk, making exiting your building a pretty dangerous endeavour.

We visited Rue du Chat Qui Pêche, which is the most narrow street in Paris, to see exactly how narrow all the streets once were.

CHECK OUT:  What to Eat in Marseille

There are two stories behind the name of the street, which translate to Street of the Fishing Cat. The simple one is that there used to be a shop on the corner with a picture of a cat and a fish.

The more interesting is the story of a fisherman who always came back with a lot of fish. But it was actually his cat who could catch the fish with one swipe of his paw.

The townspeople began to say that the cat was the devil and killed it. However, the next day, the cat was back in the alley with a fish in its mouth. So, store sign or crazy people who think a cat is the devil? You decide.

I also enjoyed learning about why the streets were widened. You’re probably thinking, “Maybe so people didn’t get run over by a buggy when they exited their house?”

What Makes This the Best Paris Walking Tour 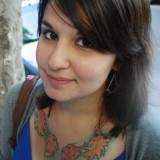 Rease Kirchner is a Spanish-speaking, ice cream loving, long-but-funny story telling freelancer.
She specializes in travel writing with a focus on culture and local stories.

Rease strives to weave humor and honesty into every piece, while still offering useful information and advice.

She has spent 6 years living abroad, split between Buenos Aires, Argentina and Fajardo, Puerto Rico. Rease has been published on outlets such as National Geographic and Fodors, amongst others.