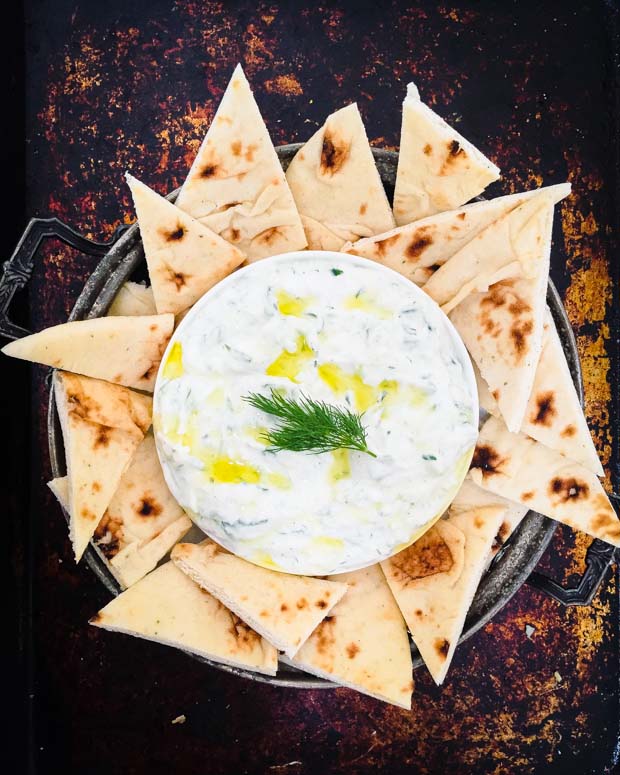 Even though we work around food all day we have the same excuses for not eating healthy as everyone else – too busy! We’ve been busy lately with Loka and so stopping off to buy veggies and dip seemed to make sense. But fresh cucumber, garlic and dill are so much better than the store bought soupy glue filled with preservatives. I’m using Greek yogurt because it’s used in the traditional greek tzatziki recipe but also high in protein.

I could eat dip all day. It’s no secret that Dave often calls me “Snacks Brogan” as I love dips and sauces – give me tzatziki or hummus and I’m a happy camper.

Tzatziki is a traditional sauce in Greece that’s usually made from sheep or goat yogurt then mixed with cucumber, garlic, olive oil, vinegar and dill.

It’s a versatile sauce and variations are found all over the world: raita in India, Pakistan and Bangladesh; jajeek in Iraq; mast-o-khiar in Iran; talatouri in Cyrus; tarator in Bulgaria and so many other countries that feature yogurt in traditional dishes.

Today I used a Canadian brand of Greek yogurt, iögo, which is owned by a Canadian dairy cooperative. I like the product because it doesn’t use gelatin or contain artificial flavours or preservatives.

In addition to the Greek yogurt they also sell the large format greek pouches in iögo Original and iögo Probio. It’s great if you eat a lot of yogurt, want something recyclable and need something you know will never spill – this resealable cap means I can throw it in my bag and head over to the restaurant without worrying I’ll have a purse full of yogurt.

This isn’t 100% traditional. I made this tzatziki recipe with lemon because we had some on hand but if you want to be traditional substitute red wine vinegar.

I also grated the cucumber which is the traditional method because I like the texture but requires for it to sit with a bit of salt in a strainer for an hour or more to remove the moisture. If you don’t have the time it’s perfectly acceptable to dice it.

Two non-negotiable items: don’t skimp on the salt or good olive oil. Salt and oil are flavour enhancers and it’s why restaurant food is delicious. Buy the good stuff, use it generously and your food will be amazing. Tzatziki is great with fish or grilled meat, but also amazing in sandwiches and as a dip. It’s the kind of thing you can make on Sunday and enjoy all week.

Heading to Greece? You don’t want to miss out on 2 foodtrippers guide to Athens souvlaki. Because there’s nothing better than tzatziki and souvlaki. 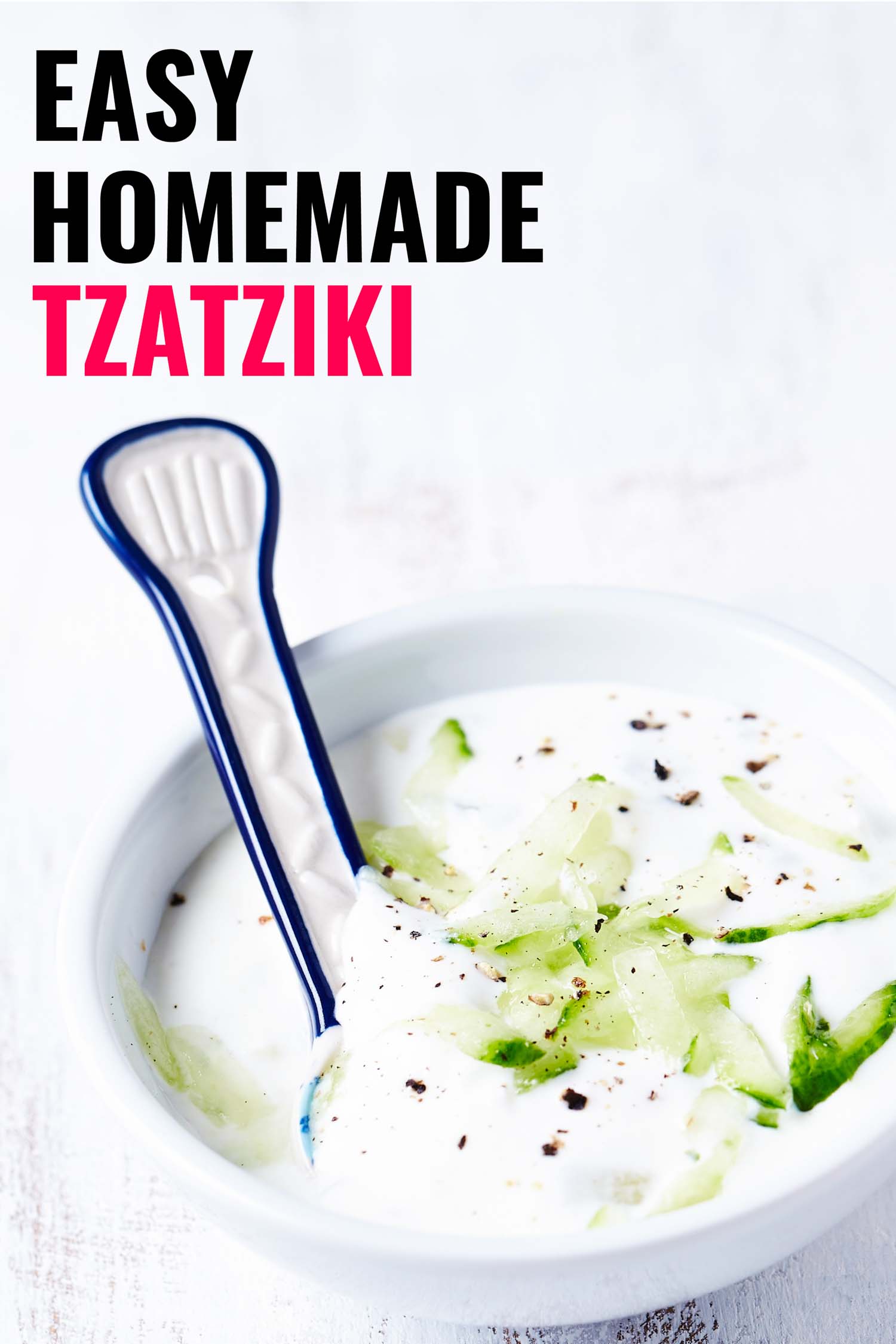 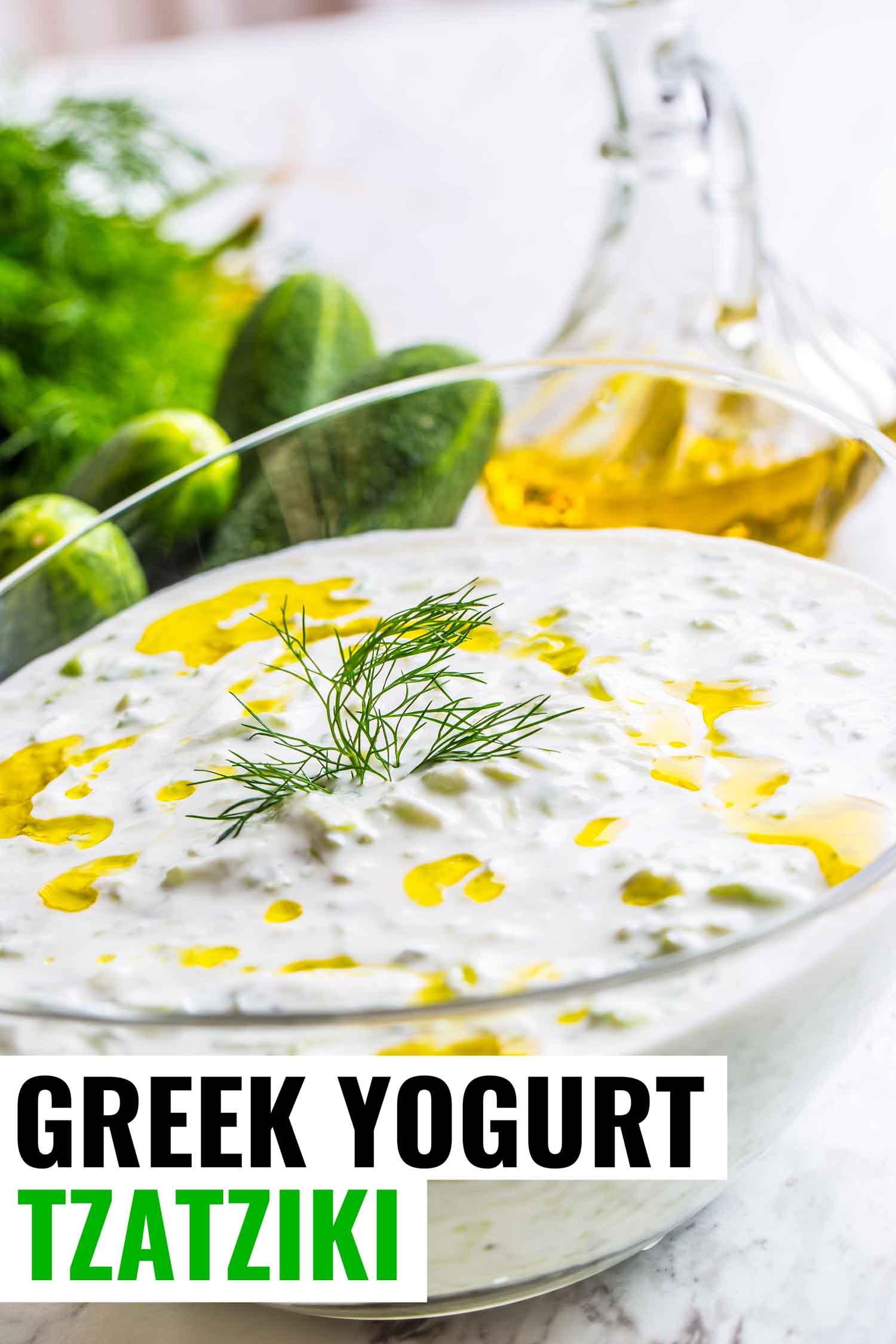 Disclosure: This post was a paid partnership with iögo yogurt, who asked us to share how we would use their new large format pouches. Fortunately at the time I was in the midst of a reality check with buying packaged dips so expect a new hummus post soon – why do I keep buying it! 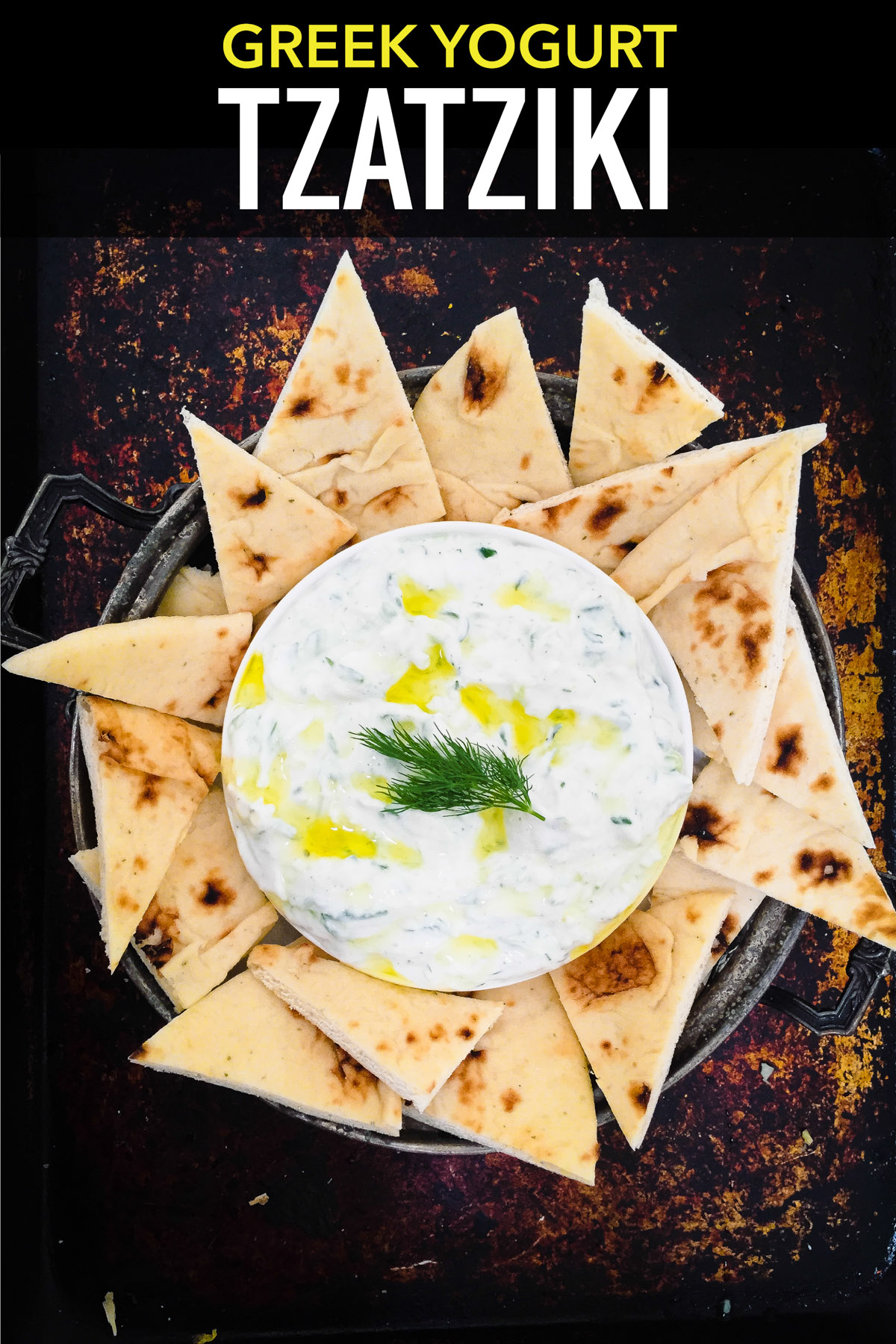 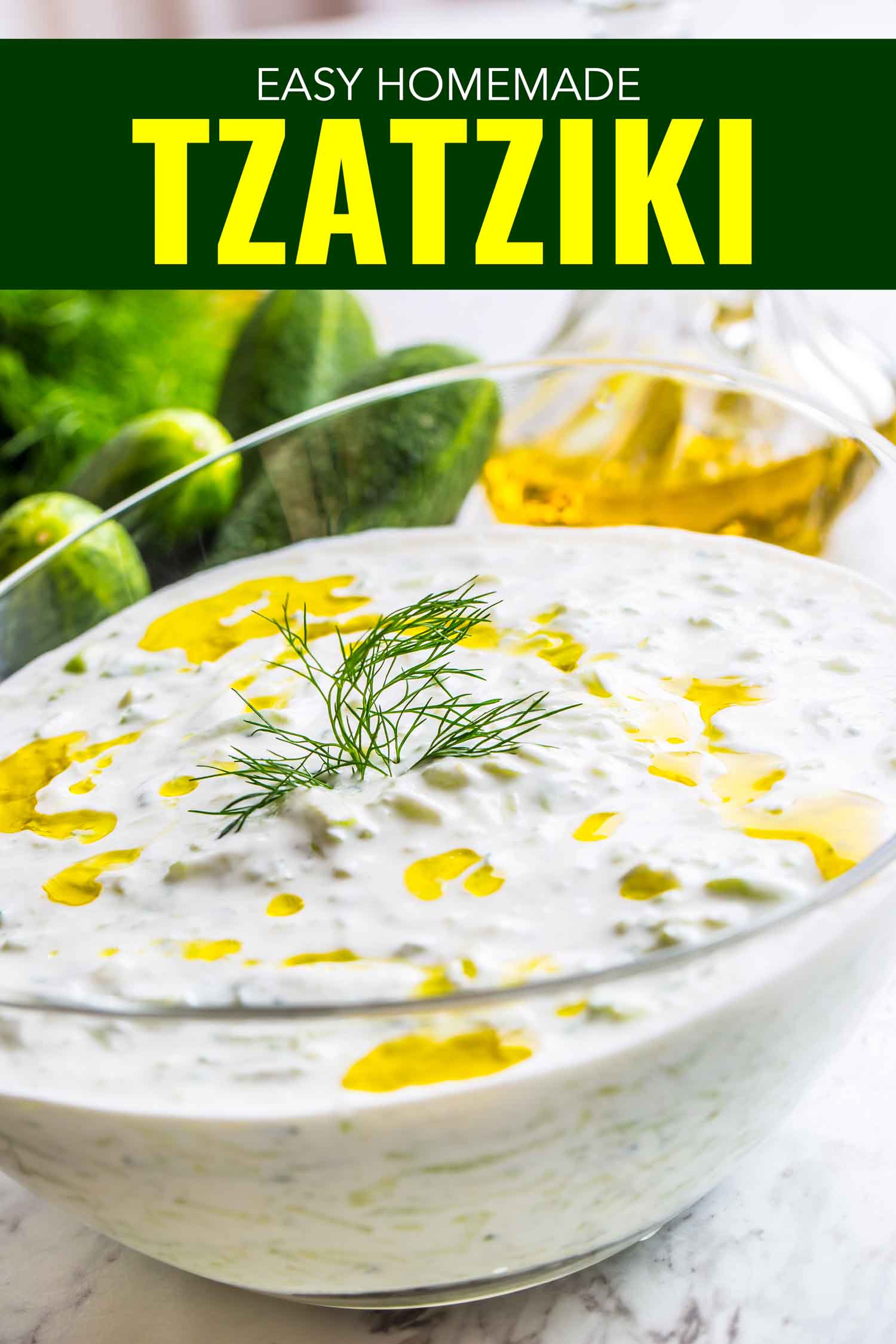 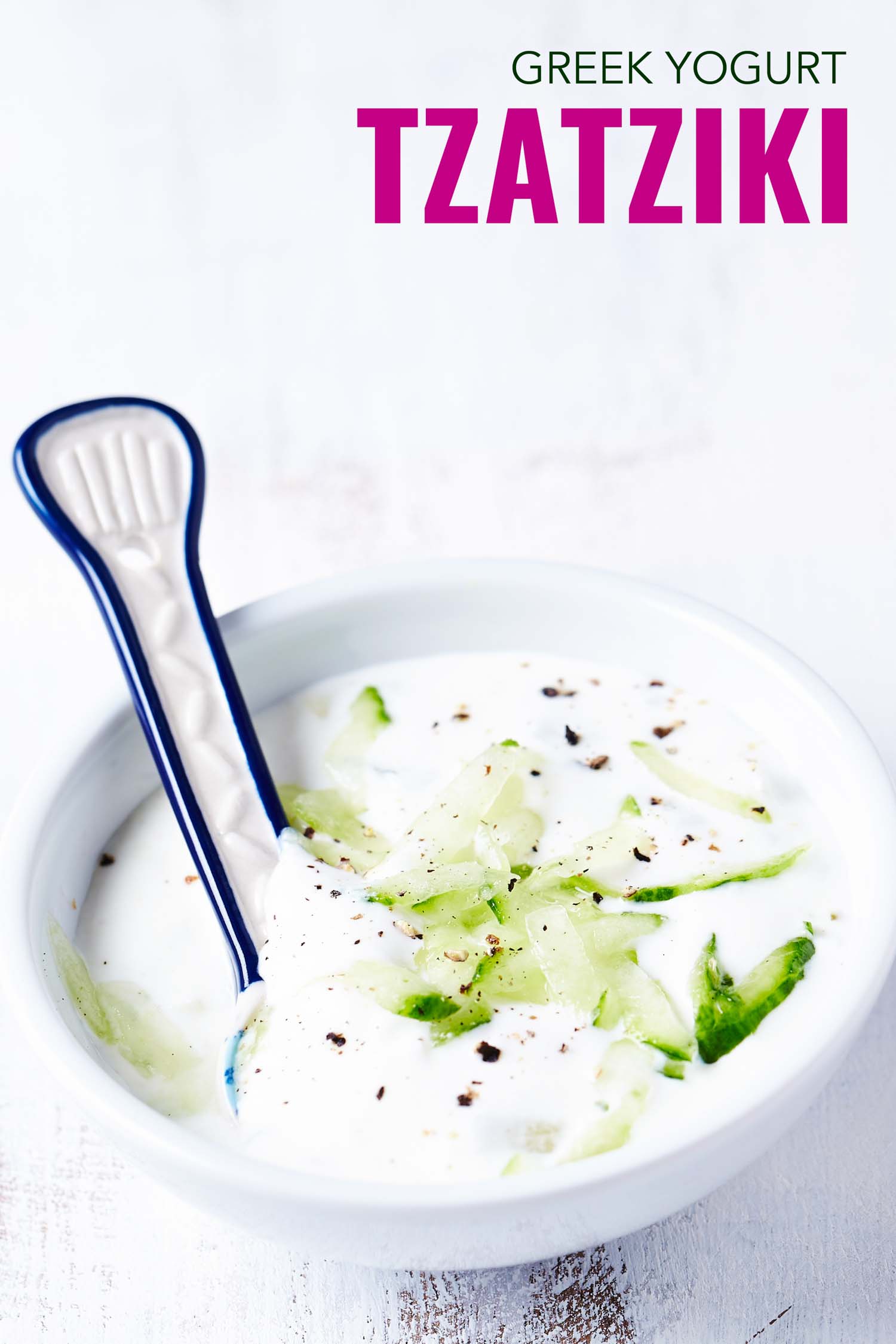