When in Mexico drink the local spirit, if you’re a rum and coke fan consider asking for a Charro Negro.

But what I love about Mexico, is that food and drink always have such a great story behind them.

It wasn’t simply that they just decided that instead of drinking local rum and coke they would use tequila and coke.

There is a legend. There is a reason why you need to use local ingredients.

And also, there’s a nice benefit that ordering a charro negro and some Antojito snacks or Mayan sikil pak sounds a bit classier than just asking for a rum and tequila with lime.

In general I do not like any cocktail that requires soda. I don’t drink soda and I find it too sweet.

However, Mexican soda is a whole new world of drink. It reminds me of what pop tasted like when I was a kid – yes I’m that old. Growing up pop was made with sugar.

ALSO READ: 30 Foods in Mexico You Need to Try

And then somewhere along the way in the United States and Canada companies realized it was MUCH cheaper to replace it with high fructose corn syrup.

And I stopped drinking it.

But in 2010 when I first arrived in Mexico I tried an orange Fanta and was immediately transported to the glory days. It became an occasional indulgence.

And now if I’m out with friends for an afternoon drink a charro negro cocktail is a nice pick me up.

It is a strong but sweet drink so I can only drink one. I either ask for it in a short glass or a tall one filled with ice so that when it melts it dilutes some of the sweetness.

The Legend of Charro Negro

Charro Negro is a black cowboy who appears at dusk. At first he appears to be a benevolent character walking alongside unsuspecting prey, offering them gold coins.

It started in remote, rural towns like Puebla, where people would be walking late at night.

You may hear a horse approaching and then an elegant man dressed in black.

ALSO READ: Who and How to Tip in Mexico

He walks beside you, asking if you’d like a ride. Foolish victims who take it disappear to the underworld. And if you accept his gold coins, you sell your soul.

He prefers to take women, and is quite charming. He’ll follow you until you successfully reach your destination or dawn. With either he’ll politely say goodbye.

It’s so well known the Legend of Black Charro was a huge commercially successful animated movie in Mexico in 2018.

In this case a group of friends try to save a young girl taken to the underworld by Charro Negro.

Unofficial Day of the Dead Drink

The legend of Charro Negro often depicts a villain. However, there is a flip side to Charro Negro, who is a benevolent character.

He is also thought of as a cowboy in morning, who appears to others who are grieving.

For this reason he appears during one of the most important holidays in Mexico – Dia de los Muertos.

Day of the Dead happens November 1 and 2 each year. However, I’ve learned from my time in Felipe Carrillo Puerto that the preparation starts in October.

Families create altars for their loved ones who pass. Along with photos and memorabilia there is always an offering, such as tamales, alcohol and other items.

Lemons do not grow in Mexico, therefore if you are fortunate to see one it was likely imported.

I always defer to using limes in Mexican recipes even if it calls for lemons.

Because the recipe was probably written by someone who didn’t eat the food in Mexico.

In my experience Spanish-speaking people usually say limón when they are referring to lime.

There are ALWAYS exceptions to this rule but in general if it calls for lemon, it means lime.

You’ll be hard pressed to find a lemon even in Playa del Carmen restaurants, where tourists get anything they desire.

That means if you want to shoot tequila with lemon and salt (why though…?) then you’ll need to do it with a lime.

Although at home I say do what you want. If you only have lemons don’t sweat it, but lime makes it SO better. 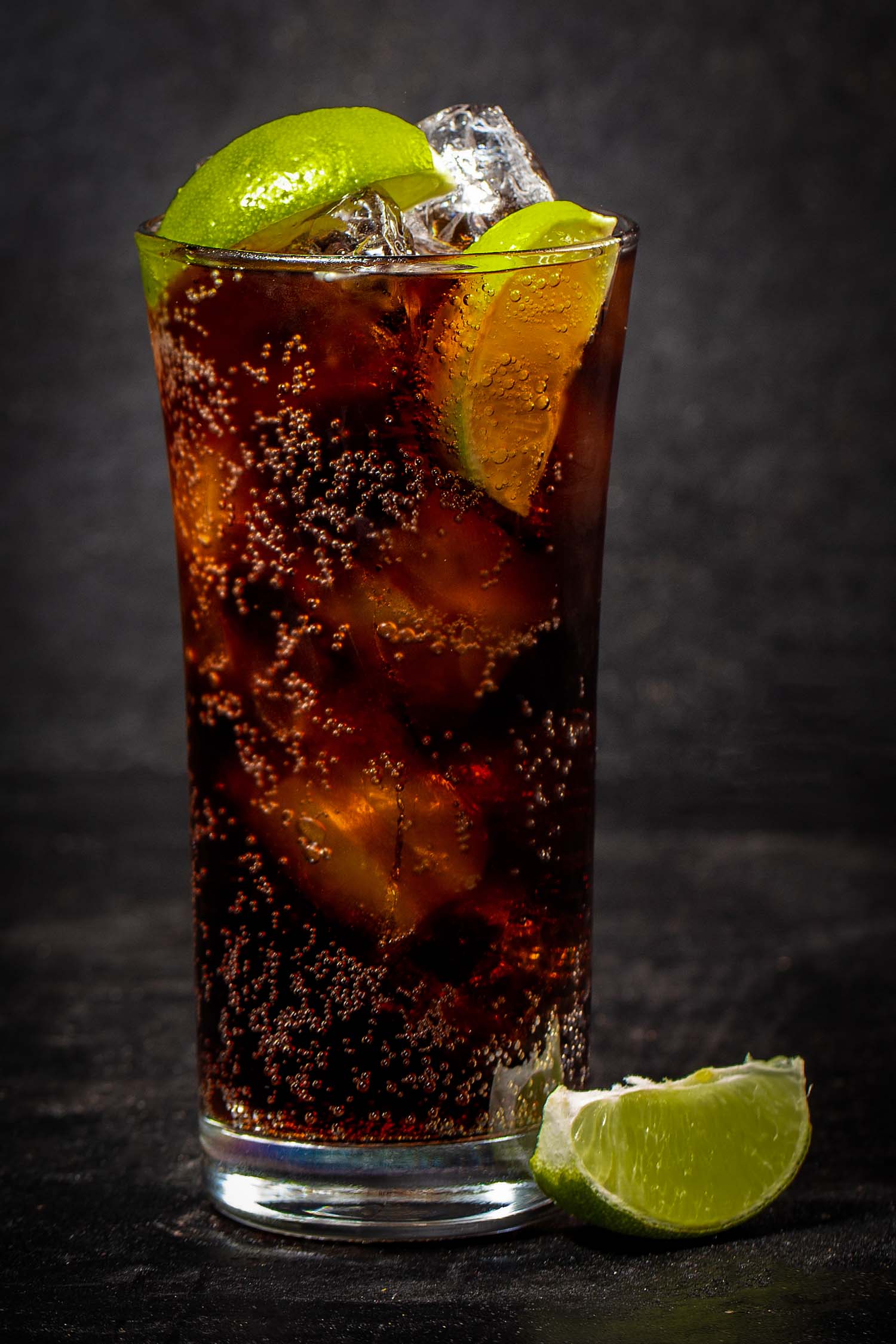 Traditionally a charro negro drink is served in a tall glass or a highball glass.

But if you’re like me and don’t like as much Coca Cola a shorter glass is fine.

The rim of the glass should be salted, which is a great way to offset the sweetness. I always use this sea salt in every recipe.

It’s inexpensive and never lets me down.

And technically it doesn’t come with mint – but I never turn down a tiny garnish of mint in a recipe.