This Cuban food post was originally written by Claudia at My Adventures Across the World. I’ve added some additional detail based on spending the last 2 years in Havana.

When I visited Cuba, I was positively surprised by the quality of the food there.

I usually ate at paladares (privately owned restaurants) rather than State owned ones, as the food was always fresher and more interesting.

The average price of a meal in a paladar is $3-15 USD depending where you go. Tourist areas are obviously more pricey.

Prices can be more expensive in the most touristic locations such as Trinidad, Cayo Coco or at Varadero restaurants.

In any case, the portions are always so big that meals can be easily shared.

The most typical Cuban food is the comida criolla. This is a dish made up of various ingredients.

There always is a protein source (it can be fish, seafood, pork, chicken and sometimes beef), a salad, fried plantains and rice and beans.

Cubans eat lots of rice so expect it at every meal. 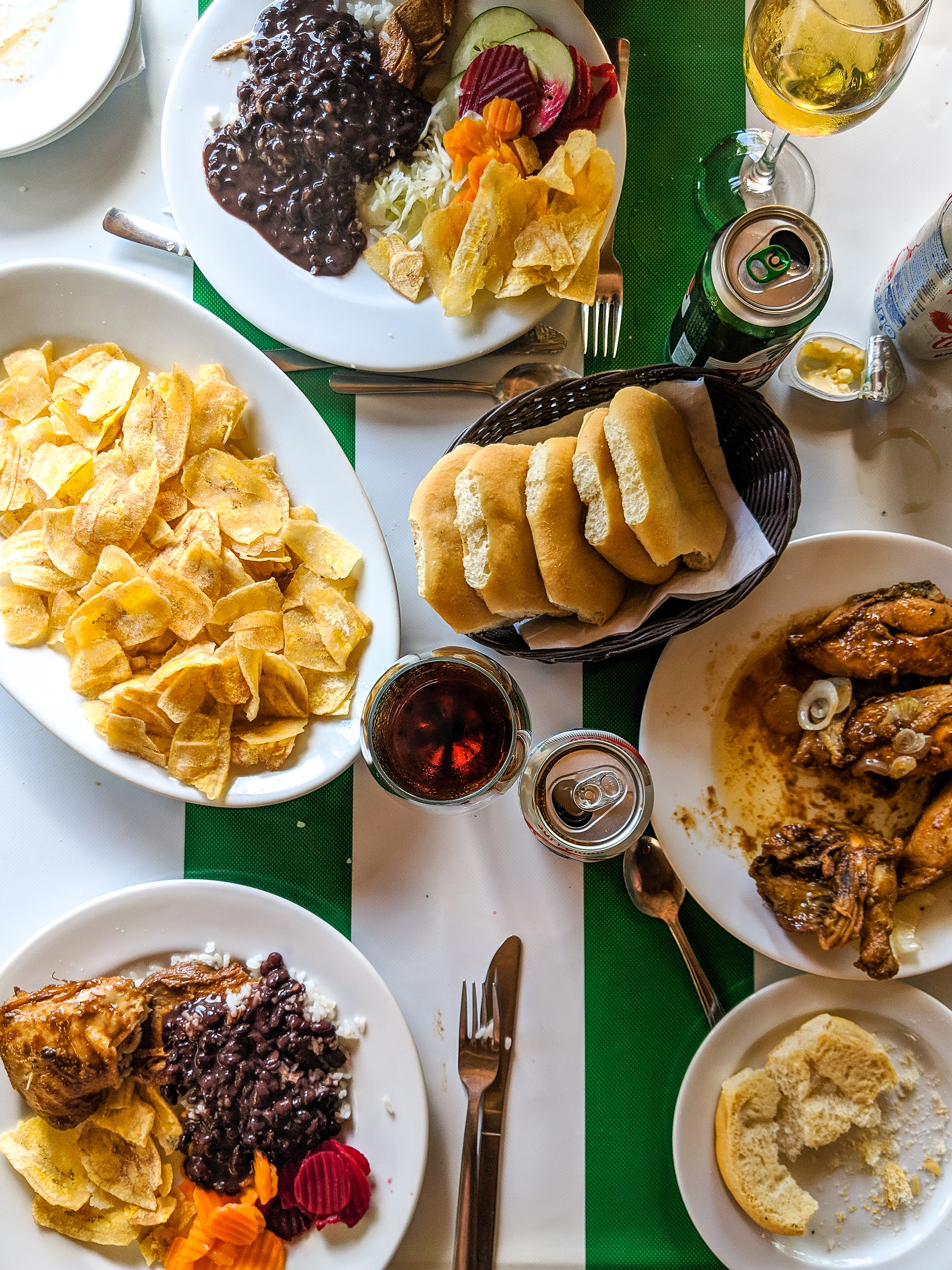 Similar to the Mexican tamales, but in Cuba the meat is actually mixed with the dough and not used as a filling.

Literally meaning “midnight”, it is a sandwich usually served in nightclubs in Havana.

This food in Cuba consists of sweet egg bread filled with ham, pork, cheese and pickles.

This Cuban dish is made more interesting as it is filled with another Cuban dish!

A pork shoulder is marinated in orange juice, garlic, oregano and pepper and then filled with rice and beans and cooked in the oven.

Literally translated as “fried cow”, this dish is prepared with beef marinated in lime, garlic and salt and then seared till it becomes almost crispy. The frita is the Cuban version of a hamburger. A bun is filled with a patty of mince beef – occasionally mixed with chorizo; topped with french fries.

The coconut sauce (locally known as lechita) is prepared with coconut milk, tomato paste, garlic and a mixture of spices and is generally poured over shrimps, octopus or even lobster.

The Cuban version of paella, but without the seafood.

A milk piglet is cooked whole on a spit, until the skin is crispy. It is often served a spicy Cuban marinade called mojo.

A BEGINNERS GUIDE TO :
Cuban Coffee

This is the Cuban equivalent to meatloaf. It is a mix of mince meat which is well seasoned and ham, with hard boiled eggs put inside, that is however not cooked in the oven but on the stove.

A dish made of ground corn cooked with meat and spices and served directly from the pot. It is called tamales when it is served in the husk.

Baby back ribs which are marinated and served with a mix of sour orange juice, lime juice, oregano, garlic, and olive oil.

They taste sweet and tangy at the same time and are simply delicious.

This meal would hardly catch anybody attention, but it is a local specialty in Trinidad.

It actually is a pot roast chicken, slowly cooked to perfection in a thick sauce with tomatoes and onions, giving it a sweet yet spicy flavour.

Pork fillet that is slowly smoked until the meat becomes full of flavour yet juicy.

Ropa vieja is the national dish of Cuba. It’s somewhat amusing as it can be difficult to find beef in Cuba, as much of it goes to the resorts and tourist restaurants.

Ropa Vieja means old clothes but this popular food in Cuba is a stew with beef chunks slowly cooked till they shred, together with tomatoes and onions.

A pork chop is filled with ham and cheese, then passed in beaten eggs and breadcrumbs and fried.

The result is a heavy perfection. This stew contains a little bit of everything: potatoes, pumpkin, malanga (a vegetable similar to topinambur), plantain, corn, meat, tomato paste, spices, beers, lemon juice and pretty much any other ingredient available.

Crispy fried pork rinds. This Cuban food should not be missed!

The Cuban version of hash and eggs, it is usually served with rice and includes beef hash, eggs, and plantains.

Delicious battered and fried balls of cheese stuffed with bits of ham.

One would hardly think of Cuba food when thinking of pizza. However, even an Italian like me can enjoy a take away pizza from one of the “holes in wall.”

Pizzas are cooked in small charcoal ovens and served really hot, and they cost less than $1 USD.

It may appear that Cuba is a meat and potatoes…or rather rice…kind of country.

But meat can be quite expensive and so there are lots of vegetarian food options in Cuba.

Hearty and filling, ask how the vegetables have been cooked as it’s common for yucca and other root vegetables to be cooked in pork fat.

Corn on the Cob

Cuban version of corn on the cob consists in grilling the cob, rolling it in cotija cheese, sprinkling it with chili powder and pouring some drops of lime juice.

Malanga (similar to yam and potatoes in texture and flavour) is grated and battered and then fried till crispy and delicious. This Cuban food is literally is white rice and black beans cooked in garlic, oil and other spices.

DO NOT MISS THIS DELICIOUS: Jamaican Food

Found all across the Caribbean countries (although with different names), these are plantains thickly cut, fried, then pressed and refried.

Ripe plantain that are slowly cooked in oil till they become caramelized: they are soft, sticky, juicy and delicious.

Eggs cooked over a sofrito – a slightly fried mixture of tomatoes, garlic, peppers and onions. Suitable for vegetarians who eat meat.

Cubans love sweets, there are lots of little bakeries that sell guava and other Cuban fruit based pastries.

If you’re in Havana check out the congreitos across the street from the Capitolio.

They look like little crabs and are full of delicious exotic fruit puree and sold hot for only a few cents each. Just look for the long lines of Cubans. The perfect example of street food: dough is fried till it is crispy on the outside and soft on the inside, and sprinkled in sugar. 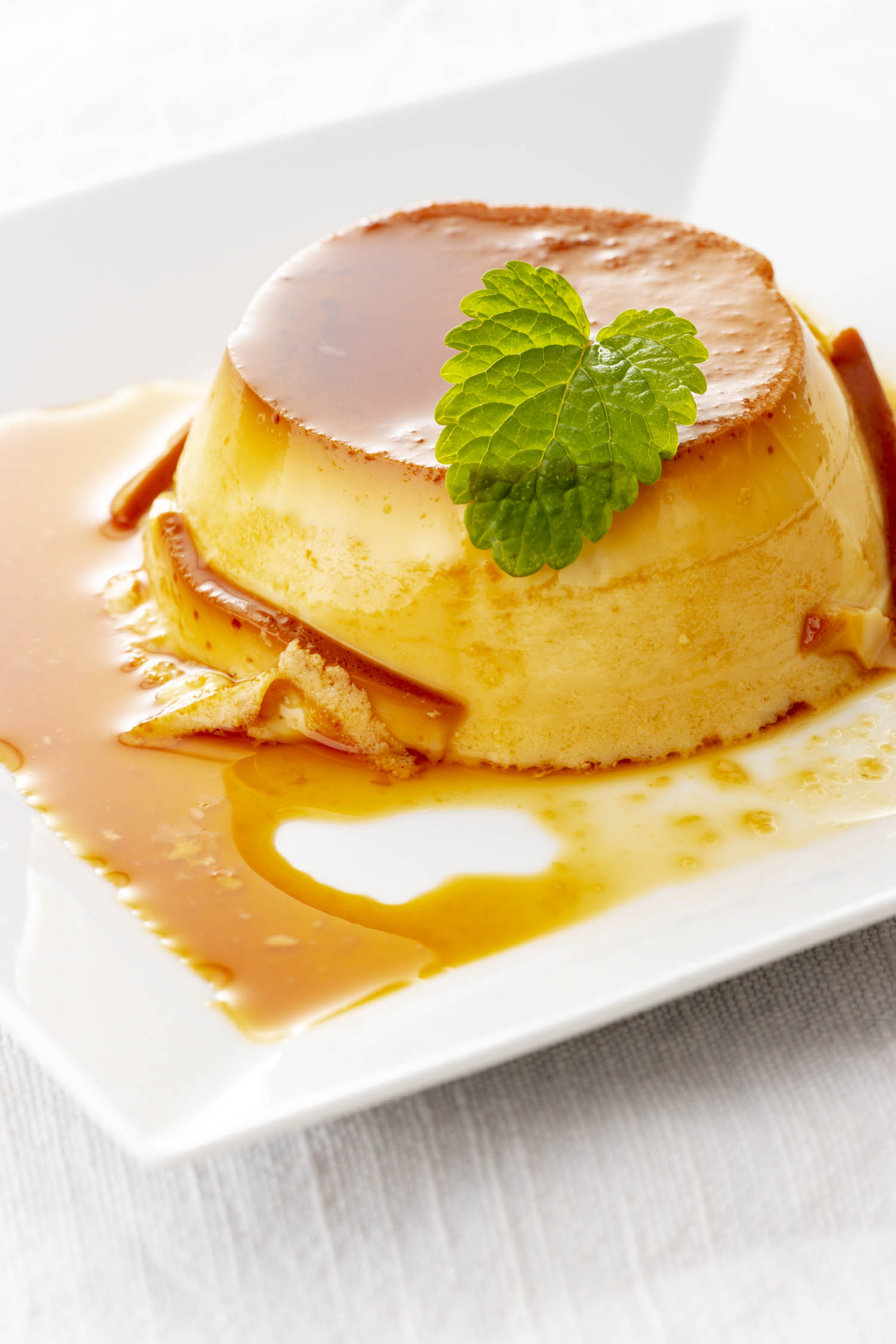 This Cuban dessert is similar to the one found in other countries in Latin America.

It is made with condensed milk, evaporated eggs and vanilla cooked together over a delicious caramel.

Make it at Home:
Cuban Flan

Unlike flan in Mexico and some other countries it does not include cream cheese as it is not readily available in Cuba.

But it makes for a better flan that is creamier and weightier.

Are you ready to have a feast in Cuba now?

A Guide to Cuban Currency

A Beginners Guide to Cuban Coffee 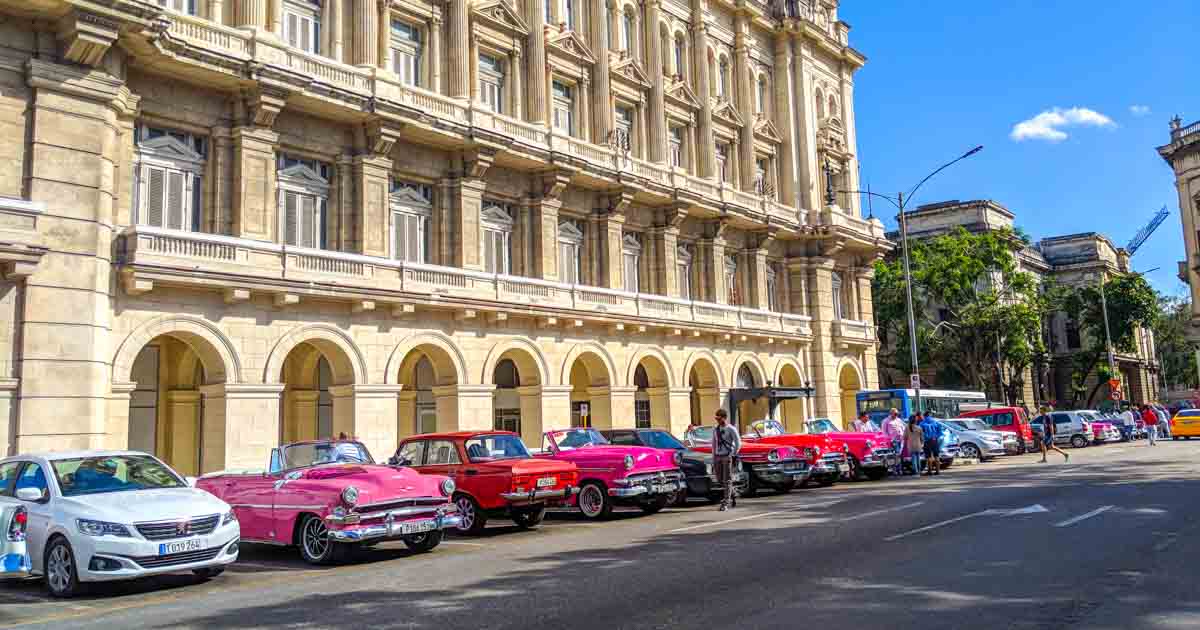 How to Spend Christmas in Cuba 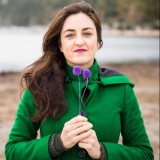 Claudia is from Cagliari (Sardinia) and is obsessed with travelling. A former human rights lawyer and academic, after devoting her life to the protection of cultural identity, in November 2013 Claudia decided to give in to her biggest passion and started travelling around Latin America, and she has hardly stopped since. Blogging came as a natural consequence, for Claudia wanted to let her family and friends be updated with her adventures.