No matter where you are there’s always a good reason to make one of these Cinco de Mayo desserts – they are too easy and delicious to pass up.

If you didn’t know, Cinco de Mayo means May 5th. And each year on May 5th Americans love to celebrate Mexican culture.

Well they love to celebrate food by eating Mexican snacks, carnitas and fish ceviche. And don’t forget drinks in Mexico – so we’re talking lots of Charro Negro, cervezas and tequila.

The next day many will need a michelada or chelada beer – both are known to be great hangover cures.

What Does Cinco de Mayo Celebrate?

It is not Mexico’s independence day, that’s September 16th. It’s also not related to Day of the Dead on November 2nd.

And there was no Cinco de Mayo, but there was a battle leading up to May 5th.

This Mexican holiday celebrates a small Mexican army liberating Puebla, a city near Mexico City, from the French on May 5th 1862.

Unfortunately they reoccupied it a year later. But only for four more years. In 1867 Mexico liberated Puebla for good.

They continue to celebrate Cinco de Mayo in the Puebla state, but otherwise you’ll only find it in tourist areas as a way to encourage people to eat and drink, like in Playa del Carmen restaurants.

And that’s because the country had so many battles fighting the French, English Spanish and later Americans. So the small Battle of Puebla isn’t significant to everyone.

How to Celebrate Cinco de Mayo

Here’s the truth. I’ve never celebrated Cinco de Mayo. And yes I’ve been in Mexico on May 5th many times. But Mexico doesn’t celebrate it.

I’m Canadian and we don’t celebrate it. I have lots of easy Cinco de Mayo recipes because no matter where I am on May 5th it’s always a good reason to make Mexican food for dinner.

I’m not a baker but I compiled a list of Cinco de Mayo desserts that are non-baker friendly.

Some of these desserts are authentic Mexican desserts, but others are inspired by Mexico.

As the actual holiday of Cinco de Mayo isn’t typically Mexican I felt I could bend the rules with making traditional desserts. A sweet street food you can find in Mexico and other countries.

One of the easiest Cinco de Mayo desserts, and a great vegan dessert to make at home with kids.

Make them once and they keep for months. Unlike traditional deep fried churros, this is one many healthier Cinco de Mayo dessert recipes as the moist bites are baked.

Tossed in a bit of sugar and cinnamon, they are very addictive. 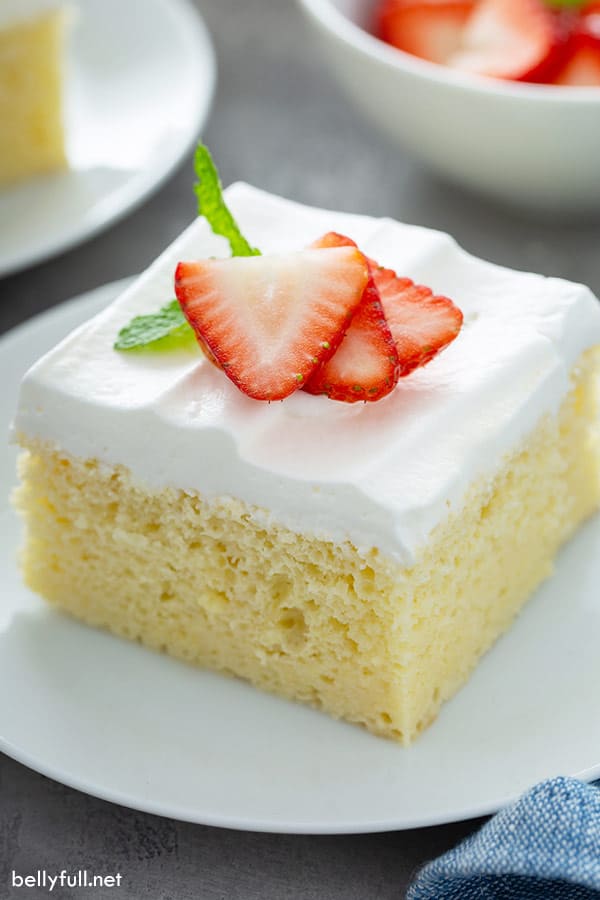 Without a doubt one of the most traditional Ecuadorian desserts and Peruvian desserts. Actually you can find tres leches recipes all over Latin America.

A light sponge cake drenched in three types of milk (or tres leches), it is creamy, sweet and smooth. No Mexican recipes list is complete without avocado and this one is in the ice cream.

No need for an ice cream machine, you can make it with what you already have, in only 15 minutes. Also known as rice pudding, this easy desserts is found throughout Latin America and is a common Cuban food.

Simple is best, you can make this dessert in the morning and serve it for dinner. Dulce de leche is one of the best Argentinean food to come out of the country.

Also common in food in Mexico, it is the act of cooking condensed milk until it becomes sweet deliciousness.

The only way to take this sweet up a notch is to add some rumchata turn in into a ice cream pop! Inspired by Mexican hot chocolate, these decadent Cinco de Mayo cookies are full of chocolate with a hint of spice.

Best of all, it's a gluten free recipe so everyone can enjoy. Without a doubt one of the most beautiful Cinco de Mayo desserts.

It's not as difficult as you think with a no bake filling this margarita tart is perfect for adults who want a splash of tequila. Guava fruit is a beloved Mexican fruit and often used as a jam or preserve in fruit.

This dessert is perfect if you don't want to bake as it's only five ingredients.

It is not only one of the most common Cinco de Mayo desserts but also served at Christmas. Not the most traditional Cinco de Mayo dessert but it may be the most fun and colourful.

These vibrant doughnuts are baked instead of fried in a doughnut pan like this one. Start the day off right with a Mexican breakfast. It may not be traditional but these churro pancakes are a great invention for those with a sweet tooth.

With a spicy Mexican chocolate sauce you'll want to eat them all day long. One of the many Mexican recipes that are carried over from Spain, buñuelos are fried dough that exist in Europe, Africa and Asia. One of the most famous cookies in Mexico. They are often eaten at weddings, but also special occasions and so they should be considered Cinco de Mayo desserts.

Known as polvorones in Mexico, they are buttery, nutty and sweet with confectioners’ sugar. I don't think fried ice cream exists in Mexico, but it's on every Mexican restaurant menu outside the country. This makes it the perfect symbolic Cinco de Mayo dessert.

It seems more difficult than it looks, but if you can keep the oil at a steady temperature you'd be surprised how easy it is to make. Cinco de Mayo uses a lot of stereotypical Mexican imagery, including the sombrero.

These fun cookies take things up a notch as they are also piñatas with candy surprises inside. These brownies are inspired by the Mayans who were one of the first to cultivate cacao.

It's a great reason to make some brownies, especially if you can find Mexican chocolate. One of the most iconic Mexican desserts, churros are also of Spanish ancestry, exist all over Latin America and are a popular Costa Rican food.

This is a classic churros recipe, dough is deep fried and coasted in cinnamon and sugar. Inspired by one of the world's most famous cocktails around the world, these cake balls are so easy, using cake mix and pre-made frosting.

They are simple enough to make with kids. Similar to shaved ice, you freeze the delicious mixture, running a fork through it every so often to create this tasty treat. Another transplant from Spain, cocadas are common in Latin America and a very popular dessert food in Panama.

These Mexican coconut candies are made with dulche de leche and studded with macadamia nuts. This Mexican sweet bread never gets enough love. They are called conchas because they look like a shell and are one of the most beloved Mexican sweets.

It takes a bit of work but is well worth it for the accolades. These homemade churro bites are perfect when you want just a touch of something sweet.

These aren't fried just instead cooked in an Instant Pot with egg bite molds like these. A puff pastry dessert with only four ingredients, they just may be your new favourite Cinco de Mayo dessert. You'll need a small ice cream maker for this one. But it's a great excuse to make ice cream all year long. Who says nachos are just an appetizer.

This is a cute spin on classic Mexican nachos using tortillas, berries and cream. Tamales aren't only savoury, in fact sweet tamales are a very popular Guatemalan food as well as Mexico.

This recipe uses corn husks to wrap the sweet fruit and nut filling.

Don't worry if you're a beginner as there are step by step instructions for this. The cake is made with Greek yogurt, a secret ingredient to keep it moist.

What Cinco de Mayo desserts did we miss? Share your thoughts in the comments below!